All I Want for Christmas – Is an NFT – Finance Magnates 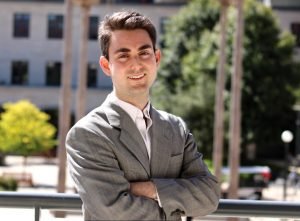 Holiday sales in the United States for 2021 are expected to generate $834.4 billion. Additionally, the average American anticipates buying $942 in Christmas gifts and a third of Americans anticipate spending over $1,000, according to 2019 numbers. The holiday season is big.

But, with the expansion of the digital economy and the increasing popularity of non-fungible tokens (NFTs) comes an entirely new set of possibilities, gifting digital assets. Already, there has been talk about gifting digital assets with the click of a button, rather than depending on large shipments of physical products to come through when there are such profound international supply chain issues.

How Would NFT Gifts Work?

Just like any physical gift, digital assets can confer similar, or even more, levels of excitement, wonder and appreciation. Whereas physical gifts are inherently constrained by the laws of physics, much more is possible in the digital realm since the creator can integrate multiple forms of media.

Consider the simplest illustration: buying a portrait as a gift. The same can be obtained with an NFT. While these have often been discussed in the context of large-scale digital galleries, they can be easily displayed inside an apartment or house. If you have a smart TV, you can display digital art on it when you’re not watching TV.

Take that example one step further. Instead of just gifting a friend or family member an NFT that is in the form of a digital art piece, what if the NFT embedded both audio and art? For example, the NFT could have Silent Night playing and simultaneously displaying a creative rendition of the sky with the stars. A picture is worth a thousand words, but a picture and audio are worth many more.

Digital assets are not constrained in the same way that physical goods are. With the emergence of virtual reality and the metaverse, you could even gift someone virtual real estate or amenities for their digital identity. The same amenities that are available in the physical world would also be available digitally, and much more. For instance, suppose you know your friend loves the outdoors. Then, you could gift your friend virtual real estate of a forest containing all sorts of animals, plants, trees and adventurous travel ways. Clearly, that wouldn’t be possible in our physical reality, but there is nothing stopping that possibility from being a (digital) reality soon.

An obvious reason for an nft gift is that it can confer an even more multidimensional experience for the user than a physical gift, or, at least, just as good as one in many cases (e.g., a digital art piece). However, another advantage is that NFTs can appreciate over time.

For instance, suppose you gift a friend an NFT of an exciting and emerging artist. Assuming your intuition is right, that NFT would grow considerably in value. If Jack Dorsey’s first tweet can sell for $2.5 million, and it does not confer any tangible value, then how much more could an artistic contribution grow in value over time? Compare that with an Amazon gift card that can only be redeemed at a given price, its upside is fundamentally fixed.

Many critics have complained that there is too much speculation in the NFT market. But, what market does not have speculation? Anytime there is a fundamental innovation, whether it’s electricity or the internet, there is a surge of buzz and interest that follows.

Instead, the better question is whether NFTs have value-creating properties. If so, then the question is whether we can identify prudent digital assets that might grow in value. Or, at the very least, we can purchase NFTs that confer some immediate value, whether it’s a beautiful art piece or rights to an idea or tickets to a future product launch.

The NFT and blockchain revolution are changing a lot, even the way we give gifts during holidays. Before following your typical routine this Christmas, consider searching for some NFTs that could make nice gifts for friends and family. The possibilities will only continue to grow in the years ahead!

Christos A. Makridis, research professor at Arizona State University, a digital fellow at Stanford University, and Chief Technology Officer and Head of research at Living Opera.