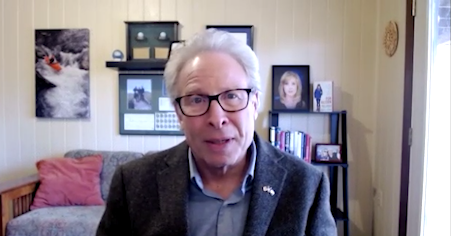 (WFXR) — Andy Parker has spent the past several years trying to scrub the footage of his daughter’s death from the internet. Now, he is running for Virginia’s 5th Congressional District in the U.S. House of Representatives on the platform of stopping the abuse of social media.

After Parker’s daughter, Alison, a Roanoke reporter, was shot and killed by a coworker on live television back in 2015, he tried everything to take the footage down, from requesting rights to the video to filing Federal Trade Commission (FTC) complaints against YouTube and Facebook.

But now, almost seven years later, there may be a new option on the table. Alison’s boyfriend at the time of her death, former District 12 Del. Chris Hurst, suggested turning the video into a non-fungible token (NFT).

“And we all kind of went, ‘hmm, you know, that might just work,’” said Parker.

With the help of Change.org, Parker minted the video as an NFT. Rarible, where Parker created the NFT, describes NFTs as digital certificates of authenticity. Others can copy it, but you are the documented owner.

NFTs have become more popular over the past few years, so Parker is hoping his legal team can use it to go around the copyright.

“What we did was try to craft a tool for them to use in lieu of the copyright which Gray [Television] won’t give us,” he said, adding that the NFT was taken down on Tuesday, Feb. 22.

“We thought ‘okay, they’re either going to say it violates their terms of service or Gray has gotten into the mix,’” said Parker.

After less than 24 hours, though, it was back online.

Parker says he’s not sure if the NFT will work, but for now, he says he’ll wait and see.