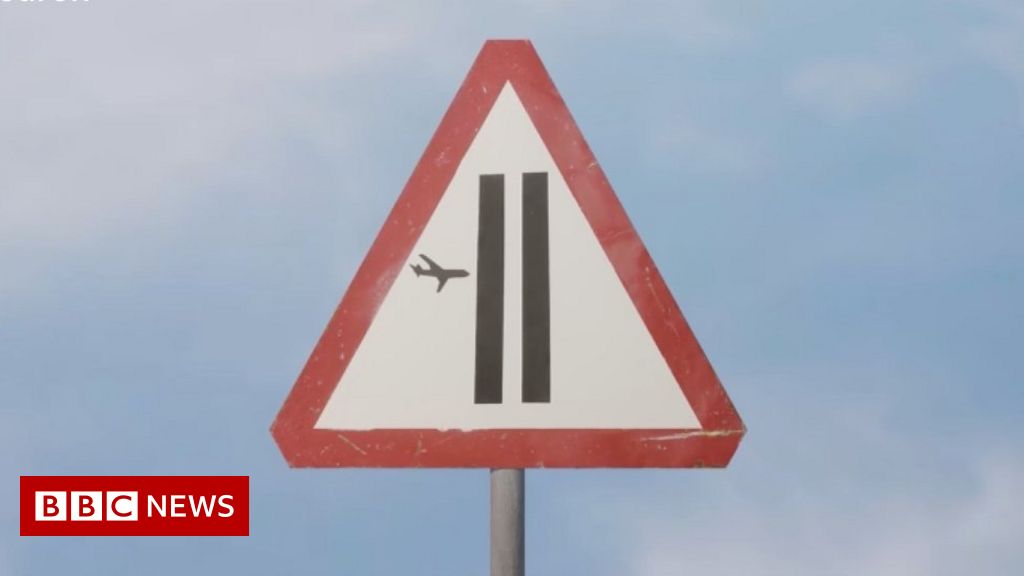 A Banksy-inspired digital artwork is being auctioned and some of the proceeds will go to charity.

The artist’s 2006 piece ‘Warning Sign’ has been reimagined as a non-fungible token (NFT) – a unique digital certificate.

The holder will also own a 5% equity stake in the original piece.

Media company Gloss – which owns both pieces – said the stake will “solidify” its value and drive “seismic” change in the digital and art worlds.

NFTs – which was the Collins Dictionary’s 2021 word of the year – have split opinion since they entered the public consciousness.

Critics have questioned how something digital – such as a meme or viral video – which can be easily copied can retain any value.

Former Christie’s auctioneer Charles Allsopp said the concept of buying one made “no sense” and “people who invest in it are slight mugs”.

But a Gloss spokeswoman disagreed and claimed that “creating a NFT with a link to the physical artworld will help solidify the asset in both the real and digital worlds”.

She added: “We want everyone to be able to participate – whether they have traditional art knowledge or crypto knowledge – so they can experience art and NFTs in a brand-new way.”

The anonymous Bristol artist then added a stencil of a small plane to the left of the vertical lines, representing the plane that was deliberately flown into the buildings on 9/11.

Gloss – who like many high-value art owners keep their identity secret – said the piece showed that despite the attack killing almost 3,000 people “ultimately the terrorists were unsuccessful in this mission”.

This was because “New York and the rest of the country came together to become a stronger and more united people”.

As well as recreating the physical piece, the Warning Sign NFT completes a 360-degree rotation during which the plane to the left of the building disappears and a flock of doves fly in an upward direction from the buildings.

It said that “each dove has its own unique flight pattern as it leaves the building, representing the uniqueness and individuality of each of the lives lost”.

The NFT is currently being auctioned and a percent of the proceeds will be donated to the Fire Department New York Foundation which supports the families of firefighters who died on 9/11.

More on this story