Between ‘Axie Infinity’ And ‘Ghost Recon,’ Why Should Anyone Trust Gaming NFTs? – Forbes 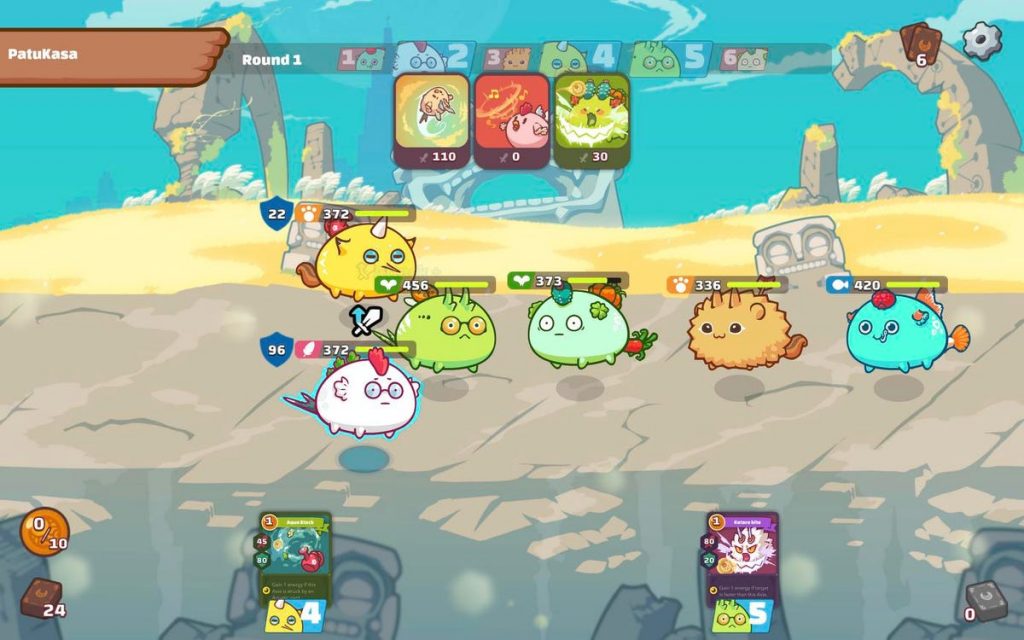 It’s been a banner week for the advent of NFTs in gaming, and I’ve come away from it wondering how anyone can possibly trust this ecosystem given what we’ve seen from it so far.

The largest story is a hack that affected Axie Infinity to the tune of $600 million lost from the game’s Ronin network, where now the game promises to reimburse those lost funds from…somewhere. But past that, Axie Infinity, far and away the highest profile NFT blockchain game out there, and the one everyone points to as a success when skepticism about the scene comes up, has been suffering problems long before that.

A recent VICE deep dive into the world of Axie Infinity tells the story of “managers and scholars,” effectively a symbiotic relationship where managers fund the NFTs of scholars who then play the game and split the crypto proceeds with their bosses. It sounds vaguely dystopian, but at the very least, one argument was that these scholars, who are usually in places like the Philippines, were earning more money playing than they would be doing “regular” jobs in their area.

But hack or no hack, that has changed over time, and Axie Infinity shows that you can’t build an entire ecosystem without a larger level of stability. Over time, the plummeting value of the game’s NFTs has meant that both these managers and their workers have seen their profits crash, and in some instances, playing Axie is now paying below minimum wage jobs in these regions. Axie has entered crisis mode with dramatic overhauls to its economy, eliminating some sources of its earned currency.

“We know that this is painful medicine,” an Axie Infinity blog post said recently. “The Axie economy requires drastic and decisive action now or we risk total and permanent economic collapse. That would be far more painful.”

Again, this the flagship NFT crypto game we’re talking about here, and if Axie can come unraveled over the course of a few months, I see no reason to trust whatever the next Axie is won’t experience exactly the same cycle given that all these economies are built on similar houses of cards.

That’s the crypto web3 game scene, but AAA traditional publishers are seeing similarly flaccid results. Ubisoft recently ended development on Ghost Recon Breakpoint, the game that it introduced NFT loot into over the past few months as part of its Quartz/Digits experiment in crypto.

Now that has created a situation which everyone figured would happen. The idea is that NFT loot can A) be cashed out when you want to exit a game and/or B) be transferred to a new game. Neither is the case for Ghost Recon Breakpoint NFTs, given that there is no real market for NFTs from a game that is effectively been declared dead by its creator, not that there was ever a huge market for these NFTs to begin with. And no, of course this loot cannot be transferred into other Ubisoft games, as that was always a crypto pipe dream with no basis in the reality of game development.

In short, absolutely zero trust has been created here in any of these high profile examples. There’s nothing preventing your hot web3 game from seeing total economic collapse at a moment’s notice. There’s nothing preventing your NFT-issuing publisher from ending support for a game killing off the potential market for the “unique and valuable” loot you’ve claimed. All we have seen are the worst fears of crypto’s infection of gaming come to life, and honestly, a lot faster than even I would have predicted.

Now we’re getting into “managing expectations” territory. I read a recent interview with Ryan Wyatt, who recently left YouTube Gaming to work at Polygon (the web3 company, not the video game website). In an interview with Bloomberg, he acknowledges that things have gone badly in some instances, but is now aiming for bolstering markets that already exist, like CSGO skin exchanges (a place already rife with scams and questionable economics).

“What if artists from these gaming communities created skins for, say, the game’s AK-47 that also functioned as NFTs? “There’s clearly appetite for liquidity. Those marketplaces validate it,” Wyatt says. The games that benefit the most from NFTs are those “where the point system turns into tokens, the marketplace is free and thriving, and it does not impact in-game dynamics at all.”

As ever, I remain unconvinced the blockchain is necessary for any of this. And reality is bearing out everyone’s worst fears about NFTs in gaming so far.