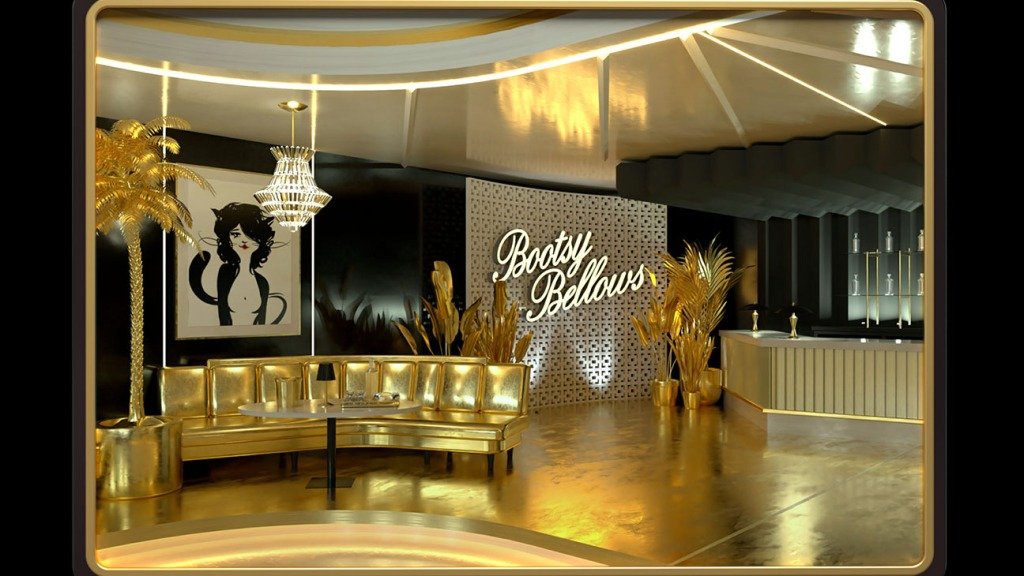 It’s not enough for The H.wood Group to host some of the universe’s most popular parties and nightclubs — now they are planning to become stewards of the Metaverse’s red ropes.

John Terzian and Brian Toll, the duo behind H.wood Group, known for its popular nightclubs and restaurants, have teamed up with Alex Shultz, founder of Looks Rare Studio and Sounds Rare Studio, to envision what might be the most exclusive place in the entire Metaverse, its first nightclub, Bootsy Bellows.

Access to the virtual club would go to clubgoers who hold H.wood Group NFTs.

“We started hearing of other nightclubs taking crypto, meaning you could buy a table and pay with Bitcoin,” Toll says. “We thought that sounded really interesting. But how would that work because the value changes so often? Now we are doing marketing for Bitcoin Latinum — which is cryptocurrency — and they’re starting to roll it out now. I think NFTs are the new big thing. Alex Shultz is the first one who came to us and said, ‘We’re going to put Bootsy in the Metaverse. Let’s do some sort of online-offline combo, where we can sell Bootsy NFTs.’ Not only do people want to collect the NFT, but they want to show off that they have it.“

Denizens will use Bootsy Bellows NFTs (which will feature the club’s kitty cat logo) as an entry ticket to the party — in real life and virtually.

“We’re building the exclusive access pass for the Bootsy Bellows NFT,” Shultz says, noting it should be ready in early 2022. “As far as the Metaverse nightclub, that’s like building a video game. It costs millions of dollars, but we’re committed to raising that money and building that on the Solana blockchain, where it’s very affordable and the transactions and entry tickets to get into the club don’t cost hundreds of dollars in gas fees.” (Gas fees are payments made to cover the computing costs of completing an NFT transaction.)

And the NFT event space is ascending. Similar to the Bootsy Bellows concept, Bored Ape Yacht Club (BAYC) is an NFT collection where buyers purchase an avatar and get access to an online social club as well as in-person events (such as a recent BAYC warehouse party in Brooklyn held during an NFT conference). BAYC has become popular with celebrities including Post Malone, Jimmy Fallon, Steph Curry and Steve Aoki, who have all joined the club. Adidas even bought in and Universal Music Group formed an all-ape Metaverse band.

Shultz, a music producer and DJ, went Meta in 2020. “I’ve been focused on adding value to NFTs,” he says. “I created a situation where NFTs get you an experience. We started with YachtyCoin by Lil Yachty on Nifty Gateway — with the NFTs you would get face time with the artist. We’re looking for events that can be both in real life and virtual and the way you get into the exclusive event is through the NFT.”

At Bootsy Bellows — co-owned by actor David Arquette — the club’s team tested the concept over Halloween with an event where guests used an NFT to get into the nightclub. “That’s where we saw such an interest from the NFT community to really use the coins as utilities. Right now, 99.9 percent of all NFTs are just JPEGs,” says Shultz.

Shultz says right now they are working on multiple pieces of art — virtual tickets modeled after the Bootsy Bellows nightclub. All this is going into their first iteration for their Metaverse along with the exclusive benefits one gets as a holder.

“No matter if the crypto market is up or down, it’s completely uncorrelated because it serves a real purpose,” he says.

He also has a project called Sounds Rare, which creates access to music rights and publishing through a similar avenue.

Through Sounds Rare, Shultz is creating a decentralized record company and music publishing company. Every NFT a buyer obtains from Sounds Rare comes with a song in which they would own publishing rights.

“You learn every aspect of the music business from songwriting to getting an artist to recording and distribution,” Shultz says. “We are creating the chance for a fan and the artist to share in the success of a song for the very first time.”

He adds, “I’m focused on how you bring NFTs to people that either have never heard of them or have heard of them, but don’t know how to participate — and especially people that have been left out of the economic equation,” he says, by using the Solana blockchain, which is more affordable. “We don’t look at it as an investment. We look at it as participation, like an actual ticket to something.”