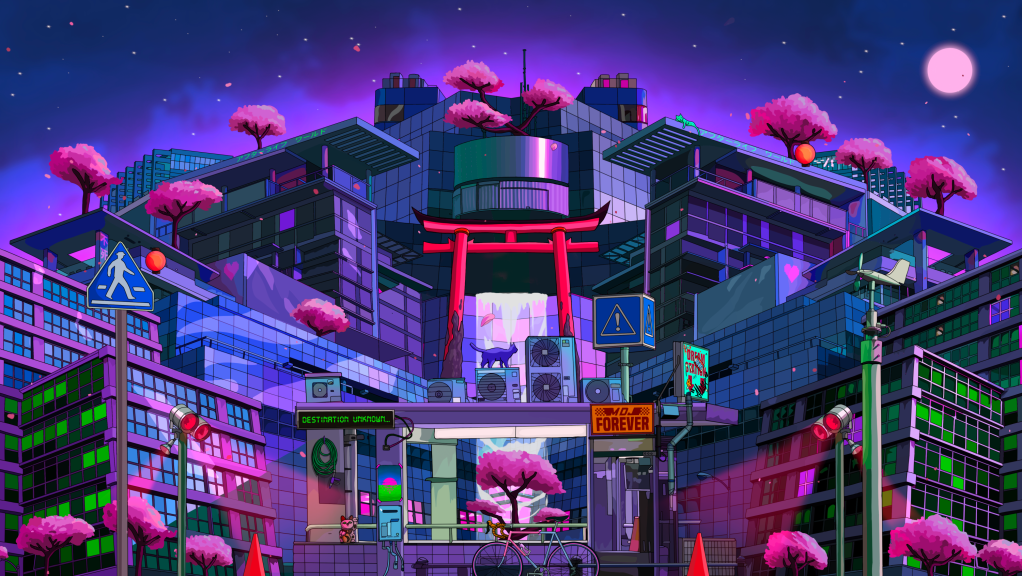 While some auction houses and galleries are attempting to launch their own NFT platforms, Christie’s is experimenting with an alternative route. Bidding closed last night on a Christie’s NFT auction that took place entirely on OpenSea, one of the leading NFT platforms, as opposed to on Christie’s own website. By tapping into the existing technical infrastructure that OpenSea has already built, Noah Davis, Christie’s head of digital sales, hopes to launch the auction house into the future.

“I see no way for us to do this off the blockchain and with manual processes, the old way we used to do it,” Davis said in an interview ahead of the sale.

The auction took place December 4–7. Prior to bidding, the pieces offered where exhibited at Art Basel Miami Beach in an experience titled “The Gateway.” Christie’s worked with the team at nft now, an NFT news site, on curation, another move meant to ingratiate the blue-chip auction house within the rapidly evolving NFT scene.

“We are marketing NFTs to the crypto-native crowd going forward,” Davis said, adding, “This is the first time I can say that everything we’ve done is very from within as opposed to from without.”

“The Gateway” featured works by NFT artists like Mad Dog Jones, who became the most expensive living Canadian artist after his work REPLICATOR (2021) sold at Phillips for $4.1 million earlier this year. Also featured was a collection of CyberKongz, a profile-pic NFT of pixelated gorillas. Sales from the CyberKongz collection are to be donated to the Virunga National Park in the Democratic Republic of Congo, which Davis described as “the last bastion of IRL gorillas.” NFTs by DJs like 3Lau, who also performed at the two-day “Gateway” event, were offered. In total, 25 NFTs were put up for sale.

Because the sale was hosted by OpenSea, the NFTs were not given estimates. Rather, in traditional NFT auction fashion, Davis recommend that the starting bids be identical low prices, “to keep values at a really attractive level and invite the greatest depth of bidding possible.”

Christie’s declined to disclose the details of what the floor prices were, or if the auction house followed Davis’s advice. Looking at the bidding history reveals, however, that the floor prices for works varied greatly. A Mad Dog Jones work had a starting one of 1.5 ETH ($6,500), and a CryptoKongz piece had one of 4.5 ETH ($19,000). Many works had no floor price at all.

The results were middling, compared to past NFT sales at Christie’s. A collection of six Art Blocks NFTs brought in $7.5 million at a Christie’s contemporary art sale in September. That same month, 14 profile pic NFTs from CryptoPunk, Bored Ape Yacht Club, and MeeBits collections brought in $12.3 million.

Is the NFT market simply slowing down, no longer dazzling audiences with eyebrow raising results, or did Christie’s old-world cachet, diluted by the use of OpenSea, prove unattractive to NFT buyers? There could be a myriad reasons the sale did not seem overly impressive in the end. The question now is whether Christie’s will continue to pursue any similar initiatives. Before the sale, Davis seemed excited by the possibility of doing so, saying, “This is a big leap of faith, and if it works out—and I think it will—then you can expect this is how we’ll do things going forward.”