Critic Nora N. Khan Is Curating NFTs with an Eye Toward Diversity: ‘There’s a Lot of Opportunity Here’ – ARTnews 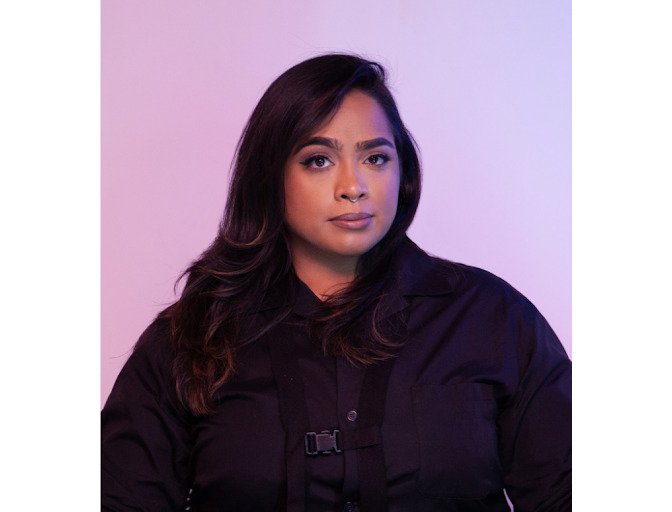 Nora N. Khan has emerged as one of the most important voices when it comes to all things related to art and technology. A Harvard grad with a degree in English and American Literature, she attended the most prestigious writing program in the country, the Iowa Writer’s Workshop, before swerving into arts criticism, philosophy and curating. Her book Seeing, Naming, Knowing, published by the Brooklyn Rail in 2019, investigated the impact of predictive algorithm and machine vision on the arts. Later that year, she became the Shed’s first guest curator, bringing together artists to respond to and critique emerging technologies that, purposefully or not, replicate systems of oppression with the celebrated exhibition “Manual Override.”

The rise of NFTs has provoked a mix of reactions among those who deal regularly with art and technology. Some immediately embraced this new medium, while others distanced themselves from it. Khan decided that she wanted to wait a bit to watch it develop, and now, as Topical Cream‘s editor-in-residence, she’s made her first foray into the NFT space.

With the NFT platform Foundation to curate a sale, she organized “Experimental Models,” which Khan views as a way to highlight the work of female and gender non-conforming new media artists. The sale has the potential to shake up the NFT space, which has, admittedly, not shown an appetite for conceptually rich pieces. It also could add a diverse array of voices to an area of the art world that has largely tended to uphold white, male artists. With works by Danielle Braithwaite-Shirley, Rachel Rossin, Umber Majeed, and others, the sale is, in part, intended to bring artists who’ve rarely or never worked with NFTs into the fold.

To hear more, Khan spoke with ARTnews about her thoughts on NFTs and her slow research process.

Is this your first time working with NFTs?

It’s not my first time working with the blockchain space. I’ve been both writing and thinking about the crypto space and the people who are interested in alternative financial systems since 2014. I’ve been watching the NFT space in the last year and a half, just waiting to see how to get involved, especially through my residency at Topical Cream. I wanted to connect my work about artists working with software and algorithms, especially within the history of experimentation, with the NFT space. As a critic I’m also interested in claims of newness and utopian spaces, which you see in the NFT community.

It seems like a lot of the artists working in new media, software art, or blockchain art were pushed to the side by the more dominant NFT community. Do you see “Experimental Models” as a way of reintroducing that history and these artists into the NFT scene?

Absolutely. I wanted to bring in some of the critical questions that artists who work with software bring to the table about algorithms, AI, and machine learning. These are questions that what we would call new media, media art, or software-based art has been addressing for the past 10 or 15 years.

Why do you think artists making software-based art have been slow to enter the NFT scene?

You would think that artists as invested in tech would make for a natural transition to NFTs, but that wasn’t the case for a lot of the artists I worked with. We would ask the artists how they thought of their practice in relation to the NFT space, and a lot of them felt that the space wasn’t really built for them. A lot of their work is based on long, slow research, rich narratives, and conceptual frames. And though the art world is a marketplace, the NFT marketplace is a much more speculative financial space that moves very quickly, with a different logic from the traditional art world. With “Experimental Models,” we wanted to slow things down a bit.

Can you speak a bit more about the effect of this fast-paced, intensely monetized marketplace for software-based art?

There’s been a lot of debate on how this financial innovation will affect the future of art criticism. What’s clear is that the values we find in digital art are shifting very quickly after 20 years of scholars trying to describe and theorize the artistic values [of the medium]. I think a lot of the new media folks who are so against the NFT space are decrying the lack of knowledge.

As a critic, there’s a lot of opportunity here. We live in a present where we’re flooded with images that are made by machines, where we can’t tell if an image is made by a machine or a person. I think spaces like these NFT marketplaces are almost a way to train our values on what kinds of images we’re going to find interesting, beautiful, and compelling in this emerging context. What kinds of images are you going to pay attention to in the future?

“Experimental Models” features women and gender non-conforming artists, perspectives which are underrepresented in the NFT scene. What is lost in excluding these voices, or gained by bringing them in?

Topical Cream’s mission is to support women and GNC artists and writers especially in spaces like tech, where minority groups can draw from their specific experiences to interpret, challenge, or critique dominant systems, whether they’re technological or social. In including these perspectives, you get this wild range of mature work that embraces mastery and moves away from the shock and awe of hyperreal graphics.

Once you start digging into the narratives present in “Experimental Models,” and once you look at the world the artists are rendering, you have this set of paradigms showing what technology can look like. Danielle Brathwaite-Shirley’s work, for example, is about not being able to have mirrors in their house for years while they were transitioning and creating these avatars to become their companions during this time. It’s a really beautiful meditation on how game worlds and digital mediation can help us understand the Black trans experience. And for Danielle, it’s also a way for others to question their own position in relation to Danielle’s experience as well. This range of perspectives and entry points into technologies is very much needed, not only in like crypto space but in all art-and-technology spaces.