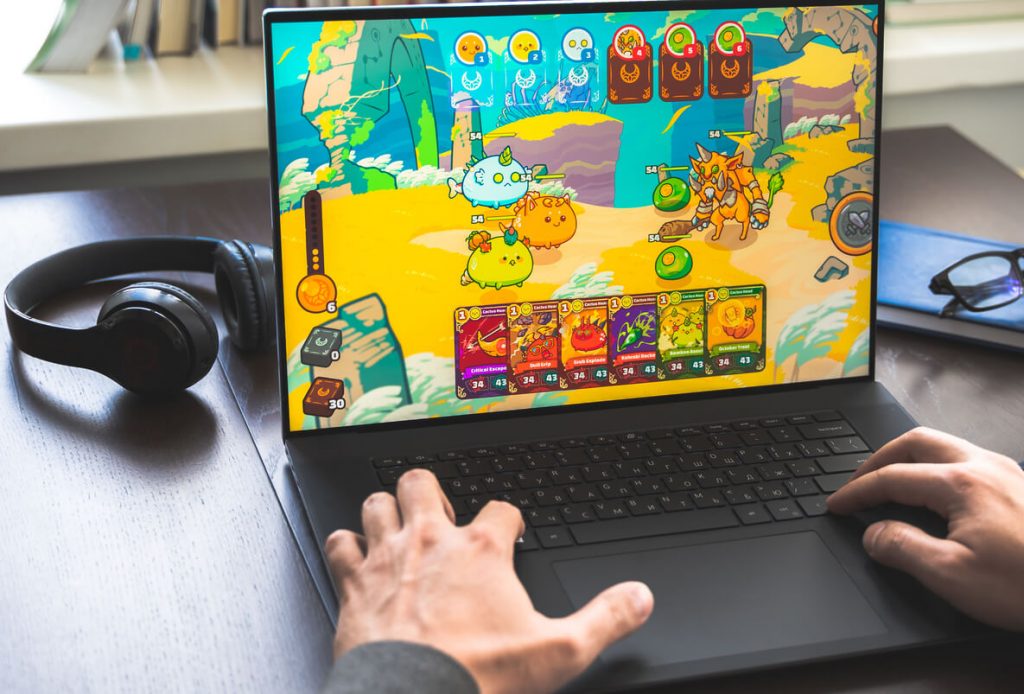 An Atari executive has hinted that crypto gaming scalability could one day eclipse all other blockchain technology-related activity combined – explaining that crypto games “could become a blockchain killer app” because “there are a lot more gamers than there are traders worldwide.”

Maxime Bucaille, a Product Manager at major video game maker Atari, was speaking at a conference organized by CoinGecko named “NFTs Gone Wild,” on a panel named “What’s Next for Crypto Games?” Bucaille explained that Atari, once the world’s biggest gaming company, had been focusing on blockchain since “early 2020” – and had mainly focused on “education” and “investment.”

However, he added that the firm was now “developing a metaverse” product that would be “coming online in the second quarter” of the financial year 2022.

Speaking on the same panel, Robbie Cochrane, the co-founder and COO of ChainGuardians, a sci-fi-inspired metaverse and non-fungible token (NFT) platform, claimed that Atari’s move “showcases the power of interoperability” – a factor that he claimed “doesn’t exist” outside the blockchain field.

The event was chaired by Ethan Ng, the co-founder and CEO of WonderHero, who opined that there was yet more potential for growth in the field as “even non-gamers can get involved” in blockchain gaming. He claimed that there were opportunities for “commentators, audience-members and other [non-gaming] content creators” to not only get involved, but also “get paid” for their contributions.

But Cochrane and Bucaille agreed that when it comes to game-fi, the industry still has many rivers to cross.

Game-fi refers to the phenomenon whereby players can, in effect, monetize their gameplay, or earn tokens by gaming. Early game-fi pioneers include play-to-earn game titles such as Sky Mavis’ Axie Infinity, which allows its players to accrue cryptoassets by earning in-game, as well as creating and selling NFTs.

Many have hurried to call game-fi the next big growth engine in the crypto space, but both Cochrane and Bucaille stated that play-to-earn was still in its “discovery phase” – despite the skyrocketing growth of Axie Infinity.

“Everybody witnesses the growth of Axie, and the potential that it has to disrupt the economies of countries. But there are challenges involved with maintaining that growth.”

Both he and Bucaille agreed that problems could occur when Axie Infinity reaches “peak” growth, or if its usership begins to plateau or even decline.

By contrast, Cochrane stated that his own firm “still hasn’t turned on our full play-to-earn economy,” adding that others in the space had had “to turn off” their own play-to-earn functions after a month for further fine-tuning.

The Atari executive concurred, pointing out the fact that in the case of the first decentralized exchanges, confusion was commonplace and it was “not until Uniswap [UNI] came in that the right model was found.”

But, he noted, “still most people don’t know how to buy on Uniswap, and they instead tend to buy [tokens] on major [centralized] exchanges” such as Coinbase. The same is, he opined, is currently true for game-fi.

The participants also had their say on the future of the metaverse. Cochrane pointed out the significance of the fact that traditional gaming IPs (intellectual property-holders) “are entering the metaverse and decentralized economies.” He gave the example of Dencentraland’s partnerships with brands such as Southeby’s and Coca Cola.

Bucaille stated that Meta‘s (the company formerly known as Facebook) recent metaverse pivot was “spot on,” explaining that the metaverse is essentially “social media 2.0.”

“In the metaverse, you can showcase [a more] true version of yourself. Buying skins in the metaverse has more value than buying a Louis Vuitton jacket, because [the place] where you have the most exposure is where you put the most investment.”