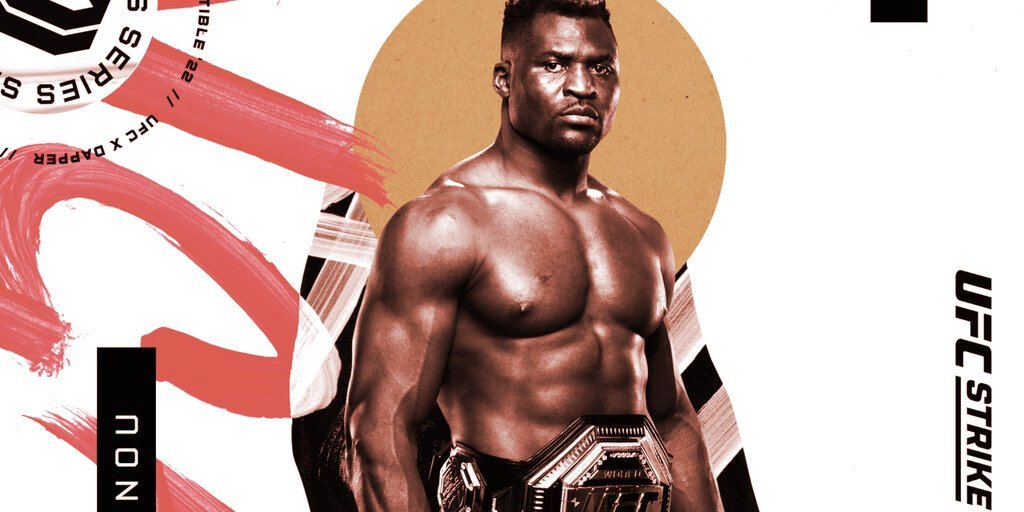 Dapper Labs is having a busy start to 2022. Its UFC Strike NFT platform launched last month, its NFL All Day marketplace is nearing its public launch, and NBA Top Shot is trending up again. On top of all of that, the firm’s Flow blockchain ecosystem is growing, particularly as IP holders gravitate towards the platform.

UFC Strike, the long-in-the-works NFT marketplace of the Ultimate Fighting Championship, debuted on January 23 with an initial drop that saw 100,000 packs of NFTs sell for $50 a pop in a matter of hours. Much like NBA Top Shot, the UFC collectibles are based on existing video highlights, and they can be bought and sold on the secondary market.

“It’s really reinforcing this idea that Dapper can create products that bring new audiences into the NFT space, and then they can go down the rabbit hole,” said Naayem, estimating that about 80% of UFC Strike collectors so far are new to Flow. “We’re really excited about that.”

NFL All Day, which launched in closed beta in December, has likewise seen a majority of new users transacting on its currently-limited platform. “It’s hitting all of the metrics we expected,” said Naayem, who pointed to more than $5 million worth of revenue so far in testing. No date has been yet announced for the public rollout.

Even NBA Top Shot, the platform that made Dapper Labs a known name in the sports world and helped push NFTs into the mainstream, is growing of late. Top Shot had a flurry of activity last spring, but trading volume and buzz declined the rest of the year thereafter and didn’t see a noticeable uptick from the overall NFT market surge last fall.

However, January 2022 marked Top Shot’s most transactions in a single month with more than 1.8 million, per data from CryptoSlam, while its $59 million in secondary NFT sales was the most in a single month since April 2021. The uptick coincided with the launch of a marketing campaign starring Kevin Durant, pushing Top Shot over the $900 million mark in terms of lifetime secondary market trading volume.

“We’ve started to gain a much more fundamental understanding of what people want out of this product,” he said of NBA Top Shot. “Although we are seeing growth of new users, what’s been more exciting is the engagement of current users, and really the community and product teams finding that intersection point.”

Part of that rise in engagement has come via the launch of flash challenges, which nudge users to acquire certain NFT moments that tie into the real-world NBA season. Users who complete the challenges are rewarded with potentially valuable, limited edition NFTs. Naayem said that such interactions provide “more meaningfulness and utility for NFTs.”

Dapper Labs is starting to expand beyond NFTs as well as Dapper Collectives, a new division that was announced in October that will focus on DAOs, or decentralized autonomous organizations, which have become a trendy way to organize online communities. Naayem said that the initiative could launch its first products in Q2.

Going with the Flow

The Flow blockchain ecosystem continues to grow all the while, as creators large and small tap the network for their own respective NFT projects and decentralized apps.

In a recent report from Electric Capital, Flow was highlighted as marking the fifth-largest year-over-year growth of any blockchain in terms of full-time developers with a 195% increase from December 2020 to December 2021. It landed behind Terra, Solana, Near, and Fantom on that metric.

“Being the fifth-fastest-growing, to me, means that we’re not first—and there’s no prizes for fifth place,” said Naayem. “But we are one of the youngest communities out there, and so it’s good to see that we’re on track.”

In addition to drawing more developers and creators to the platform, Flow is also opening up through external NFT marketplaces. Rarible added support for Flow NFTs in November, while top marketplace OpenSea has also announced plans to add the platform. “Being able to show up where those users are is really, really important,” said Naayem.

When Decrypt spoke with Rarible co-founder and CEO Alexei Falin in November, he said that Dapper has been “pretty successful” at attracting brands and IP holders to Flow. Asked why that may be, Naayem pointed to what he sees as the accessibility in using the platform and its tools.

“On one hand, you can have the tools for decentralization to be possible,” he said of blockchain networks. “But if regular people can’t interact with that, then only a subset of people are going to be part of that—and that becomes not truly decentralized.”

User numbers are on the rise, according to new data released by Flow this afternoon. February 17 marked the largest number of daily transactions that Flow has ever logged, with nearly 740,000 transactions.

It also marked the second-largest number of new wallets created on Flow, according to a tweet from Dapper Labs CEO Roham Gharegozlou, who added that the latest UFC Strike drop marked the most single-day wallet sign-ups in Flow’s history. However, it hasn’t been all smooth sailing: Flow suffered intermittent mainnet availability issues this week as well.

Flow also recently bolstered its eco-friendly credentials with the release of a report from Deloitte Canada, which suggests that the entire proof-of-stake blockchain network uses a fraction of the amount of energy of Bitcoin and Ethereum—and less than rivals like Solana and Polygon.

Minting an NFT on Flow, according to Deloitte, uses less energy than a Google search. As the narrative surrounding the environmental impact of proof-of-work platforms like Bitcoin and Ethereum lingers—with the latter gaining even more scrutiny of late as the NFT market booms—that’s an apparent advantage that Flow can cite as it recruits more creators.

“The biggest challenge that humanity faces today is climate change,” said Naayem. “And so if we’re talking about building the future home of the internet, it needs to be sustainable.”