Did Coinbase Blow Its NFT Launch? Not So Fast – Decrypt 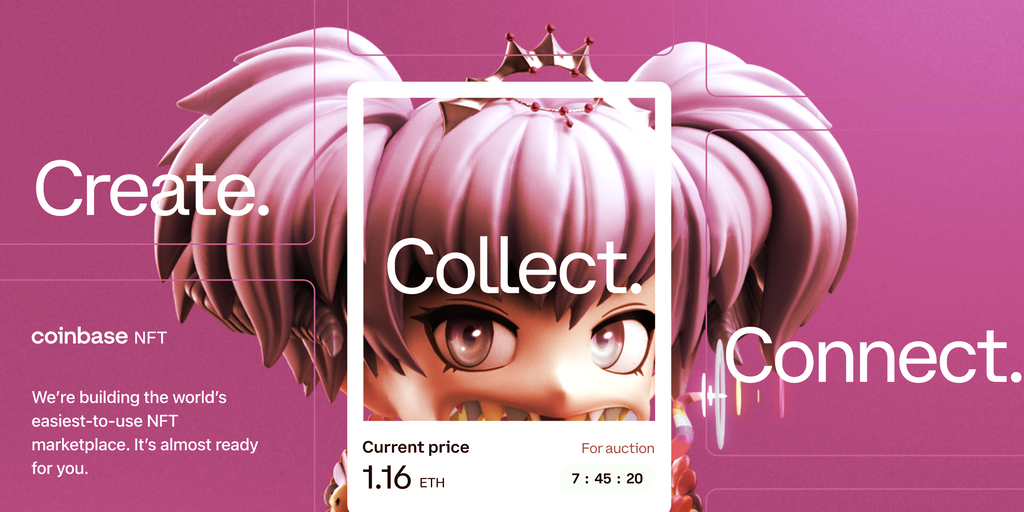 Coinbase launched its long-awaited NFT marketplace this week and the response was… underwhelming. While news reports took note of its novel Instagram-style design and social media features, much of the coverage was dripping with snark.

Bloomberg asked, “Is Coinbase’s new NFT platform the answer to its growth problems?” and cited an analyst who proclaimed the offering is “too little, too late.” The Verge sniffed that the NFT shop is missing key features like minting, and made much of the fact the platform is still in “limited beta.”

Other reports echoed these points, suggesting that Coinbase already blew its chance to be a player in the NFT world by waiting too long to launch, missing out on a trend that may have already peaked.

The critics are not wrong: Coinbase is late to the NFT game. It stood on the sidelines as OpenSea came to dominate the market, then finally launched into a very crowded field (Rarible, Foundation, SuperRare, LooksRare, Nifty Gateway, and Nifty’s are just some of the other competitors) at a time when critics are yet again insisting NFTs are on their way out. “I don’t think the waitlist is going to be as excited about NFTs as they were six months ago,” an analyst told Bloomberg.

But this all misses a broader point. What the critics overlook is that, when it comes to trends in the crypto market, Coinbase always plays the long game. The company has been around for a decade and has weathered at least three “crypto winters” when some analysts predicted the industry would blow away all together. Its methodical growth helped it become the closest thing to a household name among U.S. crypto companies.

In this context, it’s likely Coinbase’s slow approach to NFTs has been deliberate. Rather than trying to cash in on a hype cycle, it appears to have focused on building an NFT market that’s sturdier and more user-friendly than its competitors. The social media features are a clever idea, laying the groundwork for a series of diverse communities that could come to embrace NFTs as the technology evolves. Coinbase has also said its platform will police for counterfeits.

This is a very different approach from OpenSea, which has taken the “move fast and break things” approach to become the early leader in NFTs, but has endured a series of scandals ranging from counterfeits to hacks to one of its own employees front-running its customers. (NFT artist pplpleasr said on our gm podcast this month that OpenSea enjoys the first-mover advantage but “Beyond that, I cannot say OpenSea has anything else that’s super appealing about their interface.” Ouch.)

Of course, it’s possible Coinbase’s go-slow approach is not strategic but a sign the company has become too big and bloated to compete with nimbler competitors. But that seems unlikely. Coinbase has built up a massive war-chest of cash to weather downturns and to build for the long term.

Most importantly, the market for NFTs is still incredibly immature. It’s clear these tokens will be part of our tech future, but it’s still hard to see exactly how. Will they be status symbols, membership badges, passports to the metaverse—or some combination of all these things?

Coinbase probably has a better idea than most of where this is all going, and has built its new NFT platform accordingly. Could it be the dominant NFT player two years from now? Crypto moves so fast it’s impossible to know. But for now, the “too little, too late” criticism is premature.

This is Roberts on Crypto, a weekend column from Decrypt Editor-in-Chief Daniel Roberts and Decrypt Executive Editor Jeff John Roberts. Sign up for the Decrypt Debrief email newsletter to receive it in your inbox every Saturday. And read last weekend’s column: What Elon Musk Could Do for Crypto Twitter and Dogecoin.

The best of Decrypt straight to your inbox.