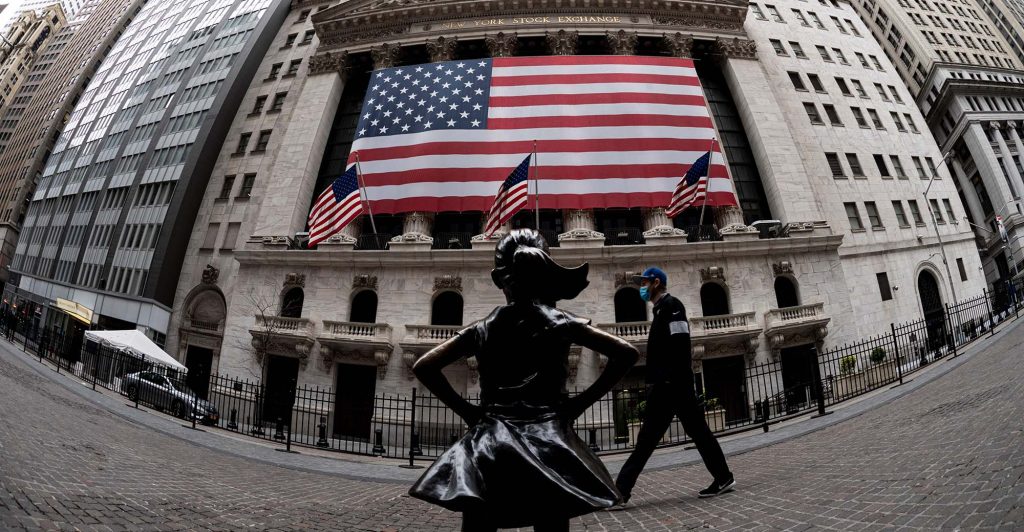 (Bloomberg) — The popular yet embattled statue known as “Fearless Girl” might have to find a new home again, while its creator also contemplates making nonfungible tokens of the Wall Street icon.

The bronze image of a girl standing defiantly with her hands on her hips has come to the end of its three-year permit for the space across from the New York Stock Exchange. The sculpture’s creator, Kristen Visbal, led a press conference on Thursday with Democratic district leader Vittoria Fariello and Todd Fine, president of advocacy group Save Washington Street, advocating for it to stay.

“In America, women have struggled for 121 years and this little sculpture unofficially represents the women’s movement. What does it say if we remove her?” Visbal said as she stood next to the statue.

“Fearless Girl,” commissioned by financial firm State Street Corp. in 2017 as a call for companies to add women to their boards, was originally located at Bowling Green across from the iconic statue of a charging bull. It was moved to its current location in 2018 after opposition from the creator of the bronze bull, Arturo Di Modica. Since 2019, the statue has been the subject of a legal battle between Visbal and State Street, which has sued to keep the artist from creating and selling replicas.

Read More: People Are Getting Angry About ‘Fearless Girl’ Again — No Bull

Now, State Street and Visbal are both petitioning for “Fearless Girl” to stay where she is. The company has submitted an application to keep her there and has been assured by the Landmarks Preservation Commission that no action will be taken even though the permit expired, Olivia Offner, a spokesperson for State Street, said in a statement.

On a mild morning, a group of around 15 reporters gathered around the statue to hear Visbal argue her case for keeping the statue in place while passersby stopped and took pictures. After, Visbal said in an interview she wants to issue a casting of her work that she can own and do with what she pleases. She hoped to install statues around the world, lamenting legal restraints that “ruined” the message and intent of her work.

“What is best for the messaging of Fearless Girl is that both the corporation and I use this work,” Visbal said. “She must be shared.”

In the meantime, Visbal is working on nonfungible tokens, or NFTs, based on the “Fearless Girl” statue which she hopes will be ready for sale in January 2022.