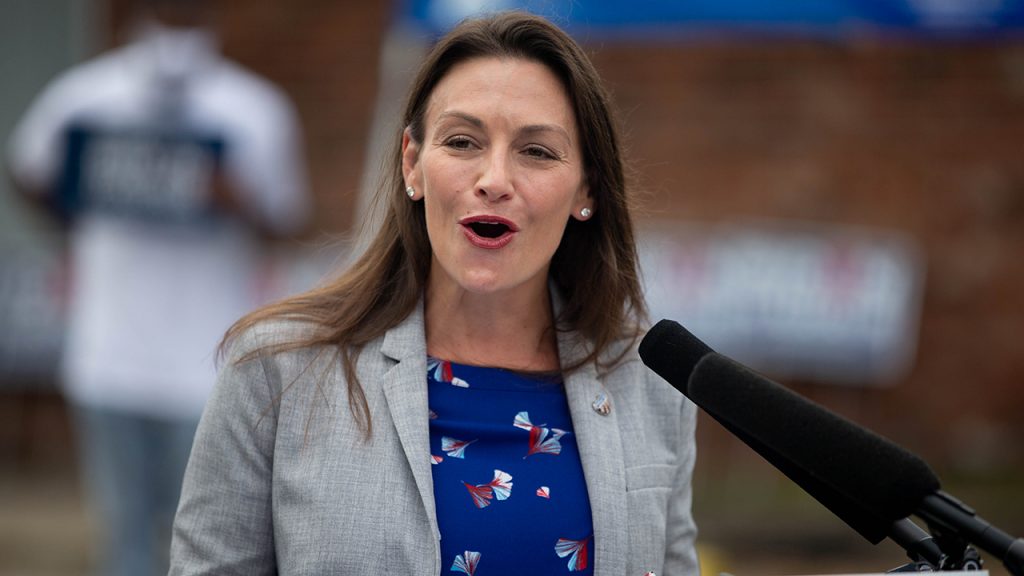 A potential Democratic opponent to Florida Gov. Ron DeSantis in the 2022 gubernatorial race was hacked in a phishing attack, with her campaign Twitter account turned into a back-alley internet art market.

Agriculture Commissioner Nikki Fried, the only statewide elected Democrat in the Sunshine State, was reportedly hit by a phishing attack over the weekend that left her account hawking “Skulltoons” non-fungible tokens, or NFTs.

Fried is one of several Democrats trying to seize their party’s nomination to take on DeSantis this year for the keys to Florida.

“Skulltoons” is a series of popular NFTs that take the form of cartoon characters with skulls for faces in various attire and themes.

DeSantis’ campaign weighed in on the hack, saying that while they were happy the Democrat’s account was restored, they hoped Fried was inspired to focus more on her job than her campaign.

“Nikki Fried is the Florida Commissioner of Agriculture and Consumer Services, an elected official whose responsibility it is to protect Floridians from fraud,” DeSantis campaign press secretary Christina Pushaw told Fox News Digital in a Monday statement.

“Per her statement, it sounds like she fell for one of the most common methods of fraud, phishing (but her communications director spelled it ‘fishing’),” Pushaw continued. “We are glad that her account was restored and hope that this experience inspires her to focus more on doing her job for our state rather than campaigning against Governor DeSantis all day.”

Pushaw was referring to a press release put out by the Fried team where the term “phishing” — a type of social engineering hack — was misspelled as “fishing,” like the sport.

“Phishing is a cybercrime in which a target or targets are contacted by email, telephone or text message by someone posing as a legitimate institution to lure individuals into providing sensitive data such as personally identifiable information, banking and credit card details, and passwords,” the anti-phishing group Phishing.org defines the cybercrime.

“The information is then used to access important accounts and can result in identity theft and financial loss,” the website continues.

Pushaw also jabbed online that she “knew [Fried’s] fundraising numbers were bad, but didn’t think she would get this desperate.”

DeSantis’ campaign wasn’t the only one to take aim at Fried over the hack — one of the commissioner’s Democrat opponents, progressive Annette Taddeo, made a public service announcement about campaign donations after the hack.

“PSA: I’m not taking donations in crypto,” she quipped.

Fried’s Twitter hack came the same week that she cleaned house in her communications shop as part of a campaign-wide reset.

The hack saw Fried’s Twitter account with over 200,000 followers turn into a page supposedly hawking the NFTs but likely opening up her followers to also be hacked.

Fried’s campaign did not respond to Fox News Digital’s request for comment on the hack.