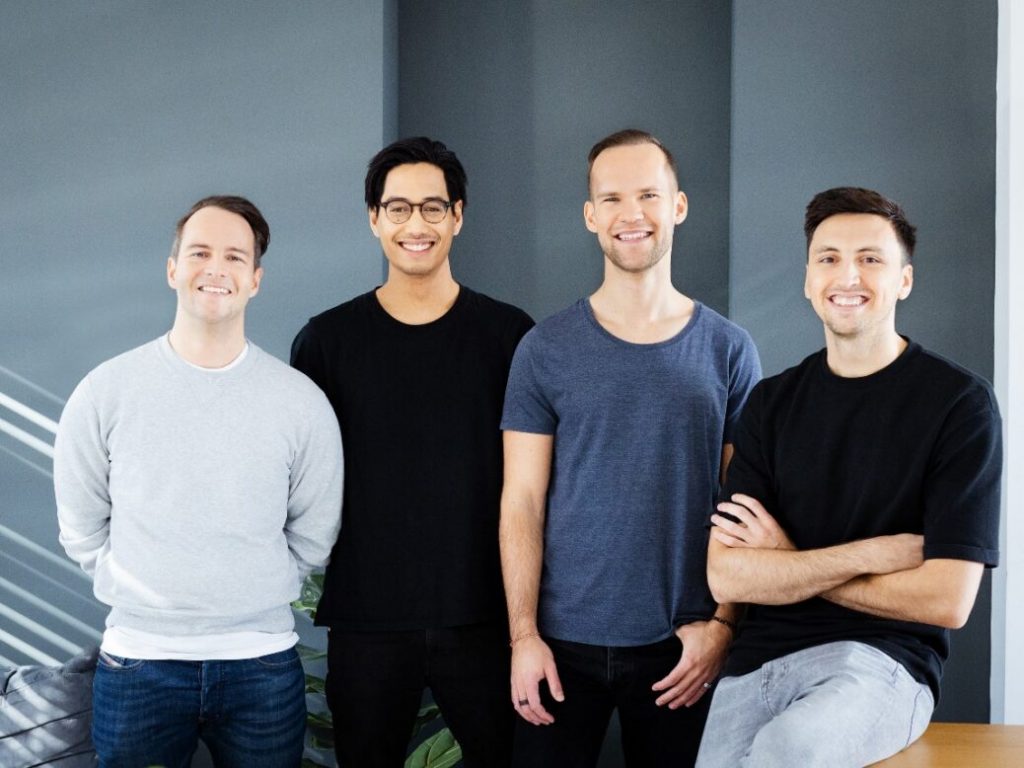 Non-fungible tokens (NFT) were all the rage in 2021. Now, however, the craze is showing signs of slowing down. Some are even talking about the bubble getting ready to pop. That hasn’t stopped Berlin-based startup FUEL from raising €1.5m in a new funding round. It now aims to become the “Shopify for NFTs.”

While Shopify has created an ecommerce platform enabling independent stores to sell wares, the FUEL platform empowers creators to build their own customer-branded NFT shop. The idea is that artists won’t need any technical skills to launch, manage and grow their NFT collections.

“FUEL is a platform for all kinds of creators, from digital artists to musicians and social media creators,” Csongor Barabasi, chief technology officer at FUEL, tells Verdict. “They can sell any type of digital content, from pictures and videos to in-game collectibles, tickets and VR merchandise.”

Motivating the raise, the FUEL founders point at how the sale of NFTs jumped from $95m in 2020 to $25bn in 2021. Others market estimates put the market cap achieved by the NFT sector at over $40bn last year. Investment bank Jefferies believes that figure could jump to $80bn by 2025. 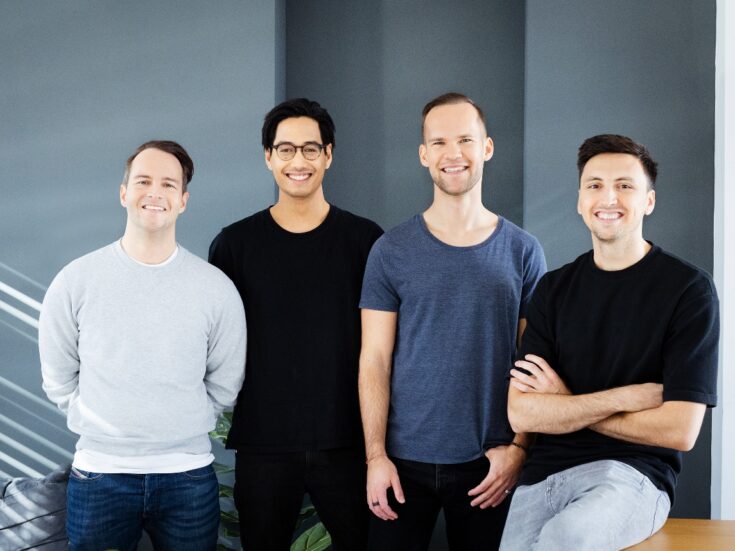 They have a point. From the moment the artist Beeple sold a piece of art as an NFT for $69.3m at an auction in March last year, you could barely flip open a broadsheet out of fear of stumbling over another story about NFTs. Everyone suddenly wanted a slice of a market that had up until then been mostly associated with the CryptoKitties craze of 2019

Twitter introduced hexagon-shaped profile pictures for users who had verified NFTs. When bird app founder Jack Dorsey’s other startup Block bought Tidal for a cool $297m in early 2021, it was widely assumed that it would only be a question of time before musicians could get paid better with NFTs. Dorsey also sold the first ever tweet for $2.5m later that year.

Luxury and consumer brands alike have also attempted to muscle into the sector. On one end of the spectrum you’ve got UK luxury store Selfridges, which started to sell NFTs over the counter in January 2022, on the other you’ve got fast-food giants McDonald’s, Taco Bell and Burger King who have all jumped on the digital gravy train.

Musicians like Grimes and rock band Kings of Leon as well as actors like Star Trek star William Shatner have raked in millions of dollars by minting their own NFTs. And then we haven’t even mentioned the celebrities using their talk show appearances to promote NFTs. Then, of course, there’s Yuga Labs’ Bored Ape Yacht Club NFT that sold tokens that doubled up as both a digital piece of art and a membership to an exclusive club. Yuga Labs recently raised a $450m seed round. In other words, the NFT craze has all the hallmarks of a boom.

“NFTs have become crypto’s Beanie Babies,” Tammy Parker, principal analyst at GlobalData, tells Verdict. “This type of collectible craze comes around every generation, fuelled by buying mania before the market stabilises and either goes away entirely or sticks around in less frenetic form. Similarly, some skyrocketing NFT prices reflect the tulipmania bubble in the 17th century when Dutch investors went wild buying tulips, pushing prices into the stratosphere before they crashed back to earth. Likewise, many NFTs have already lost value since being minted.”

Moreover, some experts suggest the NFT bubble is growing close to popping. There are several reasons for that. For starters, after peaking at the start of 2022, Google Trends shows that people worldwide have lost interest in searching for the word “NFT”, suggesting interest has decreased.

This slump has coincided with overall cryptocurrency market having lost over $1tn in value since the record levels reached in November last year, causing some market watchers to speculate about us heading towards another cryptocurrency winter. This comes after the cryptocurrency market venture capital deals skyrocketed to $8.3bn in 2021, according to GlobalData’s data. Comparatively, only $5m has been raised so far in 2022. Market experts believe the NFT sector could be in for a similar slide.

Additionally, the average sale price of an NFT dropped below $2,000 in early March, according to market tracker NonFungible. That’s down from the average price of over $6,800 in January. Cumulative daily sales dropped from $160m to $26m during the same period.

“[We] are in the middle of a speculative bubble that will burst,” Wyndham Lewis, managing partner and co-founder of metaverse company Curate42, argues to Verdict. “The valuations achieved have been driven by a small group of crypto speculators driving values up. The $38bn NFT market valuation achieved in 2021 was created by [less than 5% of] holders of crypto wallets. The market is currently structured like a pyramid, with returns on these valuations dependent on new buyers entering and continuing to drive up prices.”

Chainalysis research suggests that the figure could be even lower. Of the 360,000 people owning the 2.7 million NFTs that existed between February and November, less than a tenth of those owners held 80 % of the value of the market. Comparatively, there were roughly 300 million people using cryptocurrencies. Or, to put it another way: that’s fewer than the roughly 500,000 people who own digital assets in Second Life, as pointed out by technology blogger Wagner James Au.

“The relatively low barriers to creating NFTs, the abundance of digital content, lack of standards and growth in scams means that many of these new entrants will be left nursing losses on their purchases,” Lewis added. “The question to ask themselves is where are they on the pyramid?”

And that’s aside from the fact that NFT scams have grown commonplace. NFT marketplace OpenSea recently reversed the decision to roll out a tool that enabled users to mint their own NFTs for free after it was revealed that 80% of the tokens created with the tool were “plagiarised works, fake collections, and spam.”

OpenSea recently achieved a $13bn valuation before news reports emerged in February saying that cybercriminals had absconded with $1.7m worth of OpenSea users’ NFTs.

Is the FUEL round too late for the NFT gravy train?

Despite the trepidation from some market stakeholders, the FUEL team doesn’t believe NFTs will go away anytime soon.

“No matter what metric you are looking at, the NFT market seems to get hotter by the day,” Barabasi tells Verdict.

“This isn’t just a fad – NFTs represent a new technology that has the power to transform the creative economy, and creators around the world are recognizing its potential,” Barabasi adds.

The FUEL founders say they “understand the hesitancy when it comes to new technologies, but NFTs provide massive opportunities for the creative economy, shaking up ownership models and allowing creators to automatically earn royalties from the secondary sales.”

Like several other NFT evangelists, the FUEL team suggests that the power of NFTs can enable musicians, actors and other artists to engage and connect more directly with their fans. All fans and creators need, the founders argue, is more technical understanding of NFTs.

Their enthusiasm convinced several investors to back the seed round. The list of FUEL backers includes FintechCollective, which is a shareholder in OpenSea. London-based Seedcamp also invested in the startup, having previously backed UK neobank Revolut. Notion Capital and a smattering of angel investors – including Bitstamp CTO David Osojnik and Indeed founder Paul Forster – also took a bet on FUEL by backing the raise.

The FUEL team will use the money to develop the NFT platform. They will initially focus on helping musicians because the pandemic meant they couldn’t make money from touring or merchandise sales in the same way.

“They clearly needed a new revenue stream,” Barabasi says. “At the same time music NFTs are still in their infancy, which we’re very much surprised about, since music fandom is very strong and brings people together. We expect 2022 to be the year of music NFTs.”

One of the commonly cited issues with NFTs is that while they create smart contracts proving ownership of things like JPEGs, they hardly prevent people from simply right-click and copy pictures or other digital assets. However, the FUEL founders believe this argument misses the point.

“NFTs are about proof of ownership,” Barabasi says. “If you think about music, when you buy a vinyl and listen to it at home it just hits differently compared to listening to it on Spotify, because you know you own that vinyl. Now imagine going to a concert and hearing a song that only you, and maybe 30 other people own in the world. I guarantee that all those who “just right-click-saved” that song won’t feel the same excitement as you do. Now what if the artist invites everyone who owns the NFT of that song to backstage? Those who just copy-pasted it won’t get in, for sure, because they don’t have proof of ownership.”

Arguments like these are commonplace among the cryptocurrency Dons who believe NFTs are the future among music and art lovers. That being said, not everyone is convinced that all NFT services like FUEL will live to mint digital tokens another day.

“[What] will bust are the projects with little to no utility, although this does not mean that good colleactable art work will die off,” Mark Basa, brand and business manager at DeFi aggregator Hokk Finance, tells Verdict. “I think that NFTs with utility will have their moment soon, and artwork that people simply love to hold and collect will be timeless.”

Those that survive, however, could be looking towards a bright future.

“Anybody who worked through the dot-com bubble, will have a sense of deja-vu,” Lewis says. “The overnight riches, excitement, claims and valuations that appear uncorrelated with any possible returns; like the dot-com bubble, there is an underlying value to what is being developed and the application of the technology. There will be longer term winners and losers, in the longer term and from the ashes we will see the emergence of the next Google, Facebook (Meta) and Amazon.”

GlobalData is the parent company of Verdict and its sister publications.