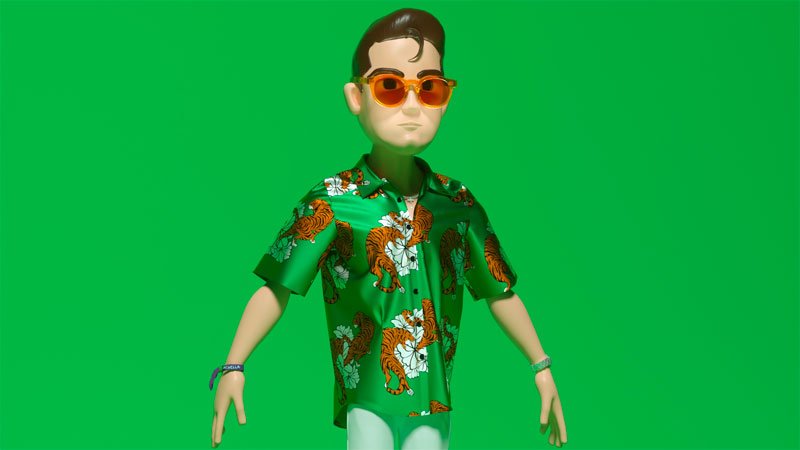 With the launch of the first-ever NFT collection from multi-platinum recording artist and producer G-Eazy, OneOf has furthered its mission to bring the next 100 million non-crypto-native fans into Web3. Since joining “Project Coral Reef” in 2017, G-Eazy has remained steadfast in his efforts to meld both music-loving and crypto-minded worlds. Now, in partnership with OneOf’s sustainable, inclusive and accessible platform – backed by Quincy Jones and built specifically for music, sports and lifestyle – G-Eazy steps effortlessly into the NFT space, celebrating his signature fashion sense through a series of collectibles and experiences aptly called “The Geralds.”

In collaboration with Dutch artist Dzanar, who has produced visuals for Ed Sheeran, Kesha and others, each “Gerald” NFT depicts a unique trait of G-Eazy with its own characteristics and styles. Represented across Green, Gold, Platinum and Diamond tiers, “The Geralds” will be sold in “packs” and include opportunities to collect different combinations, and chance for super rare cards that comes with exclusive music, utilities for holders and once-in-a-life-time perks such as VIP tickets to a G-Eazy concert, partying with G-Eazy at Resorts World Las Vegas, dinner with him and his friends in LA, and much more.

“This partnership with OneOf has been a long time coming. My debut NFT collection has been a labor of love, combining music, fashion, and tech to showcase all of the different sides of Gerald. I think we all share the same vision of creating a sustainable Web3 future, and I’m hella excited for my fans to participate,” the rapper shares.

The collection is now available through OneOf.

Using up to two million times less energy to mint an NFT than other networks, OneOf is the leading platform paving the way towards a more fan-friendly, inclusive and environmentally-responsible web3 future. Users can purchase their NFTs with credit/debit cards as well as many top cryptocurrencies, while OneOf offers partners the option to donate portions of their NFT proceeds to charities of their choice.

In addition to G-Eazy, OneOf has launched the debut NFT collections from artists such as Cordae, Doja Cat and Masego. The company has also formed partnerships with The Recording Academy, Warner Music Group, iHeartRadio Music Festival, The Whitney Houston Estate, and The Christopher Wallace Estate, for the upcoming Notorious B.I.G. NFT collection. Most recently, OneOf revealed CO//SIGN, a new program reimagining the fan club and empowering music’s next generation of breakout stars. Providing artists like Amindi, Rakeem Miles and mazie with creative, financial, and marketing support, CO//SIGN uses NFTs and Web3 technology to facilitate a new economic link between the musician and fan.