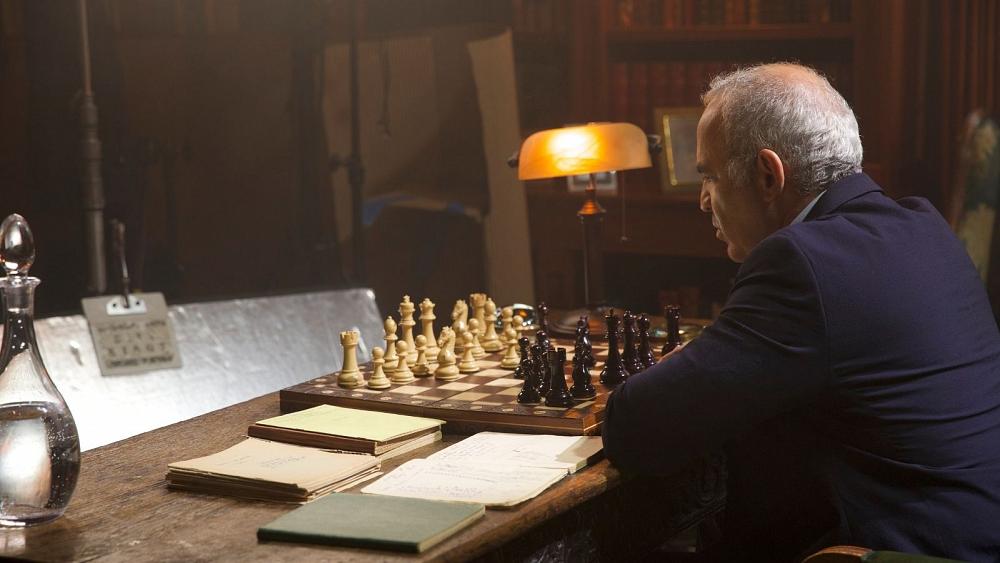 Garry Kasparov was 22 when he won his first international chess title. It was the culmination of a lifetime of hard work by the child prodigy, and sacrifice by his manager, and mother, Klara.

“His mother identified talent early on and the whole family went behind him, it was all on his shoulders as a boy,” says Dr Kristian Haehndel, a longtime fan of Kapsarov.

“That relationship made him believe he was a champion.”

Haehndel is speaking ahead of a drop of unique Kapsarov-related NFTs the curated platform, 1Kind.

Non-fungible tokens, or NFTs, are unique digital certificates, registered in a blockchain, that can be used to record ownership of an asset.

Earlier this year the artworld was rocked when digital artist Beeple sold and NFT of his work “EVERYDAYS: THE FIRST 5000 DAYS”, at Christies for $69 million (€61 million).

The entertainment industry is likewise experiencing a revolution as celebrities from Grimes to William Shatner rush to cash in by selling NFT collectibles. Meanwhile, the world’s first NFT legal precedent may be set as Quentin Tarantino is taken to court by Miramax over his plan to create NFTs related to cult-film “Pulp Fiction”.

The blockchain phenomenon has even been found in the wine and gambling sectors, such is the potential of the technology to create unique sales.

These industry shake-ups and subsequent media attention mean that NFTs have seeped into the public imagination, even being announced word of the year by Collins Dictionary.

“There’s so many NFTs today it is a little difficult to rise above the noise,” says Gadi Glikberg, who co-founded 1Kind with Haehndel.

“We are trying to create NFTs that stand out.”

1Kind is a result of the pair’s commitment to creating high quality NFTs which draw on and reinforce an emotional bond between fans and their beloved heroes.

“We believe that NFTs are a new form of storytelling and we want to be the gold standard of the industry,” says Haehndel.

What makes them one of a kind?

The Kasparov drop contains 30 carefully curated items which are hand-selected by Haehndel, Glikberg and their artist collaborators. Future drops will include items from actor and writer Stephen Fry and Scott Frank, who wrote the chess-themed Netflix show “Queen’s Gambit” that Garry Kasparov advised on.

For Kasparov – a childhood hero of both the CEOs – the duo spent months combing his personal archive, observing his emotional reactions to artefacts, and carefully selecting the items which meant the most to the chess-star.

A crack team of designers, illustrators and content writers have also been working on the material, helping to craft the high quality products 1Kind hopes to be known for.

Included in Tuesday’s drop is a handwritten score sheet from Kasparov’s match in 1985 that won him his first world championship. Three daily drops will occur over 14, 15, and 16 December, with items available for bidding for just 24-hours.

“With all of our artists we don’t want to just see a repeat of what is currently distributed, but we want to say…what legacy did you want to leave behind?” says Haehndel.

“Blockchain allows us to make that immutable.”

The platform also stands out from the crowd in terms of social entrepreneurship. A portion of proceeds from each sale will go to a charity of the artist’s choice. In Kasparov’s case this is his foundation, the Kasparov Chess Foundation.

Blockchain is controversial in environmental circles for its high-intensity energy use and the attendant carbon emissions, but 1Kind is working to combat this too.

The company plans to carbon offset by purchasing double or triple gold standard offsetting certificates, wisely avoiding any carbon offset scams. All information is available on their website for transparency and their carbon footprint is independently audited. Kasparov’s sale will sponsor a wind farm in Turkey.

As the tech allows, they will make this process more interactive and integrated for users, aiming to bring some climate-consciousness to crypto.

“This is a long-term vision but it’s something we’re working towards and putting effort into,” says Glikberg.

While their social credentials are a great plus, storytelling remains at the heart of 1Kind’s mission, fostering a level of vulnerability and personal connection between fans and exclusive, carefully chosen artists.

“We’re a luxury marketplace…not any artist can get onto 1Kind,” says Haehndel.

Both Haehnde and Glikberg have been working in blockchain since the early 2010s and consider themselves ‘guardians of the culture’. In this project, they combine their passion for personal heroes with expertise in a sector flooded with new products.

1Kind aims to bridge the gap between NFT collectors and the uninitiated by creating pieces that will stand the test of time. During the creative process – which is clearly an immense joy for the CEOs to undertake – gems like the relationship between Kasparov and his mother are teased out.

“You never know what you’re going to find out, but what we always find out is how amazing these people are and how much effort they put in,” says Glikberg.