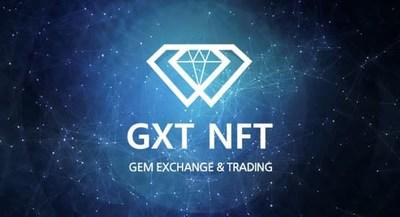 SINGAPORE, May 6, 2021 /PRNewswire/ — Recently, the new trend called NFT (Non-Fungible Tokens), which is from the blockchain industry, is expected to expand its base to general users who are somewhat indifferent to cryptocurrency.

Various NFT-based blockchains are being released currently, and GXT TECH is expected to be the first case in the diamond distribution industry to introduce GXT NFT (Certificate Token) as the technology that utilizes blockchain-based NFT on diamond certificates.

Authority of GXT TECH said, “If the real certificate is kept will, it will be difficult to determine the authenticity of counterfeit products, and there is possibility that theft cannot be handled. GXT NFT is a unique tokenized digital certificate recorded in the blockchain ledger that can guarantee the diamond is not counterfeit, lost or stolen. It is expected that can play a role of buffer to protect the market from counterfeiting and money-laundering.”

GXT Tech provides the option through the special reward program, which allows customers re-purchase with 90% of the price after 2 years, if customers purchase diamonds at GXT World (diamond trading platform). At this time, the owners of diamond have to return GXT NFT (Certificate Token) with the diamond together, since GXT TECH is responsible for guaranteeing diamonds by GXT NFT (Certificate Token). Furthermore, in order to allow everyone register their diamonds through GXT NFT, the second renewal service of GXT World is expected to be added soon later.

Compared to other platforms applying NFT, technology of GXT TECH is considered to have a competitive edge to attract investors’ attention, and it is expected to grow as the first company which will be able to combine diamond certificate and blockchian technology.

Meanwhile, GXT TECH is a diamond and jewelry distribution company that operates a blockchain-based diamond and jewelry trading platform (www.gxtworld.com), which started by “Bergere”, a jewelry brand with 80-year tradition, established in New York in 1940. It has the diamond trading license issued in Singapore, and sells diamonds by selecting diamonds directly.