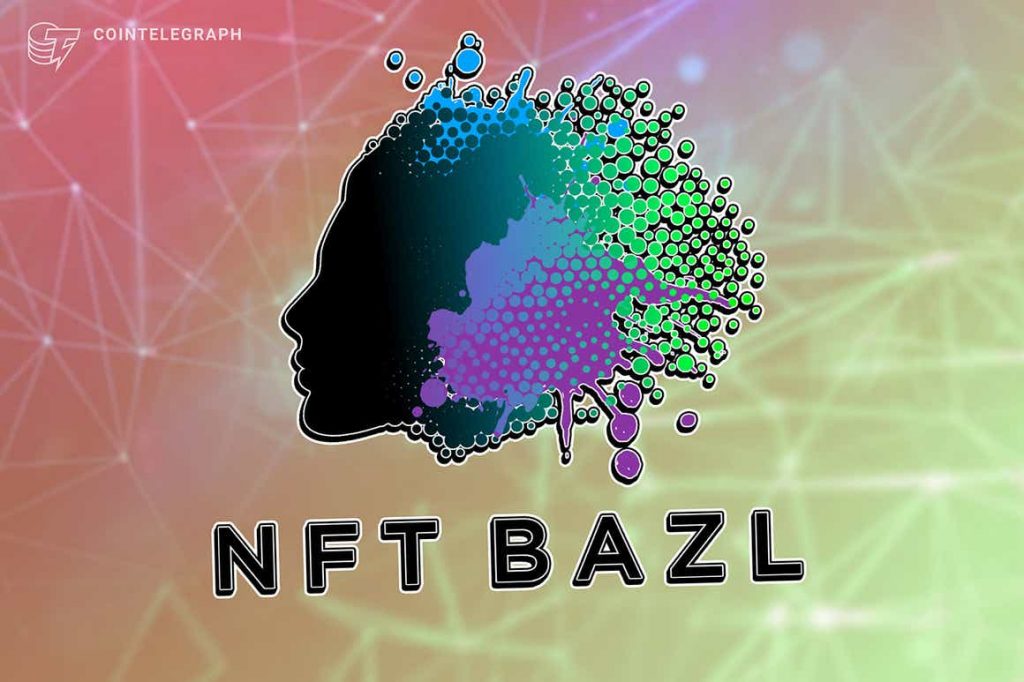 “Combining NFT technology to bring digital and physical art to the traditional investor and collector.”

Kenyon Tylor of the Belcastro Group Yacht Series has painted one of the soon-to-be-released Hangry Animals characters. It will reportedly be part of NFT BAZL’s most recent art exhibition hosted by blockchain firm and wealth management platform Elitium in partnership with the disruptive digital asset firm GDA Capital. The artwork will be on display at the SLS South Beach Miami hotel. The event will be open to investors, art collectors and NFT enthusiasts from all over the world.

NFT BAZL is a unique NFT art exhibition that unites blockchain with traditional markets. As Elitium founder and CEO Raoul Milhado put it:

“As the digital world continues to evolve, we are confident that NFT BAZL will become a staple in the art sector. We are combining NFT technology to bring digital and physical art to the traditional investor and collector. This, along with the participation of world-class artists has been a crucial ingredient to our secret sauce.”

NFT BAZL’s motto is to “bridge the gap between NFTs and the real world” by reinforcing both the concept and technology of nonfungible tokens. Indeed, NFT BAZL’s efforts are making NFT creations and physical exhibitions accessible and comprehensible even for those not in the know about NFTs or the blockchain world. Following its reverberating successes back in June at Miami’s well-known venue The Temple House, and then at the JW Marriott Marquis in Dubai during Gulf Blockchain Week 2021, NFT BAZL has joined the ranks of globally acclaimed brands. The partnership with GDA Capital is scheduled to host several events each year in similarly renowned locations all across the world.

NFT BAZL exhibits NFTs that represent ownership of both physical and digital art, as well as assets like jewelry, sports memorabilia, cars and much more. As the co-founder and CEO of GDA Group, Michael Gord stated:

“We’re pushing the envelope for blockchain adoption. We are excited to continue to bring NFTs to the mainstream audience and to push the boundaries of what’s possible by merging physical art, jewelry and sports memorabilia with digital assets.”

Now, at NFT BAZL’s latest exhibition at the SLS South Beach Miami, a Hangry Animals live art demonstration is scheduled to be performed at the Yacht party of the Art Basel Miami Beach show. The event is in cooperation with Live AR Events and Miami Swim Week.

The Hangry Animals art will be minted into a nonfungible token following the live demonstration. As the exhibition is embargoed until Dec. 2, the auction for the NFT will be kept private and only the attendees on the yacht will be able to place bids. During the live demonstration, the Hangry Animals character will be drawn with hand gestures using an AR headset and a pair of AR glasses. The event is slated to be the very first time a nonfungible token will be minted from an artwork created in an AR environment at Art Basel.

After being made into an NFT, the digital artwork will be bundled with the same AR headset that was used to create it, and they will be auctioned off together. The proceeds from the auction will be going to elephant sanctuaries in Bali and Sri Lanka.

NFT BAZL’s nonfungible tokens are available for purchase via regular payment methods such as credit card or bank transfer, as well as via cryptocurrency payments on the Ethereum blockchain. Attendees can place their bids for on-site displays, which include art from both world-renowned and local artists. The artworks are available for auction through Elitium’s in-app NFT marketplace.

The Elitium platform is assisting investors in gaining access to digital assets through a trusted, compliant and secure wealth management platform. Moreover, the platform makes the art market considerably more transparent, and lowers entry barriers for the global population.

GDA Capital is the capital markets sector of the Global Digital Assets Group, which happens to be one of the most established blockchain firms in North America. The organization works to facilitate institutional investors and disruptive technology companies with vertically integrated economical technology services.