Here’s One Way To Make NFTs: Blowing Up A Lamborghini Supercar – HotCars 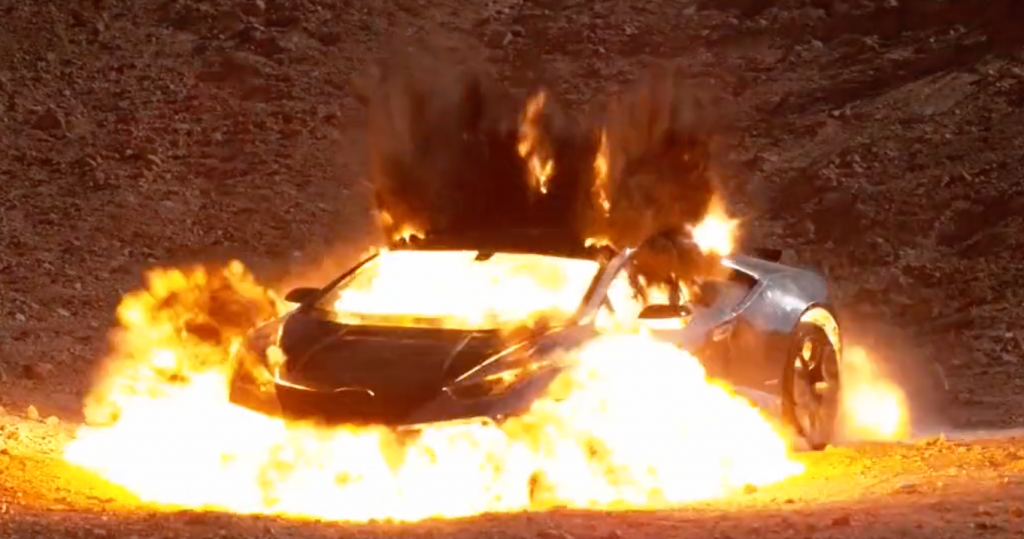 In February, an artist who works under the pseudonym Shl0ms, blew up a Lamborghini somewhere in the American desert as a response to the “green” in the cryptocurrency world. Shl0ms bought a used 2015 Huracan—currently selling for around $156,000—hired an explosives specialist, drove the supercar to an undisclosed spot in the desert somewhere in the United States, and blew it up while capturing the action in 4K. Destruction as a creative motif is rather prevalent in traditional art. It’s not very common in the field of crypto art, however.

A total of 999 bits of the car have been painstakingly classified, documented, and filmed in spectacular rotating videos, showcasing the amazing abstract forms made by the wreckage. The artist mentioned how precise charges needed to be placed to avoid obliterating the Huracan too much, which was more complex than you’d think. Even if the remains of the Lamborghini Huracan have been recovered and are currently in storage, buyers will receive a digital certificate and not the actual part of the car that the NFT represents.

The general concept behind an NFT is to establish a public record showing that you own a work of digital art. The NFT does not prevent anyone from downloading and reproducing that work of art. It just reveals to others that you are the “owner” of the artwork in question. Many major automakers, notably Porsche and Nissan, have joined the NFT frenzy, but none have gone as far as this.

We’ve seen some pretty insane acts committed for online fame, such as when Tuomas Katainen chose to blow up his Tesla Model S, but he didn’t attempt to profit blatantly from it. On the other hand, Shl0ms intends to sell videos of the destroyed car parts as NFTs. The reason? The artist says it was done to protest crypto’s get-rich-quick culture. The initiative is meant to serve as a reminder of the underlying technology’s revolutionary potential—provided we use it appropriately rather than merely for selfish advantage.

A Lamborghini has always been considered a status symbol, a way to announce to the world that you have achieved greatness. Crypto has a thing for Lambos. They are trendy. On crypto forums all over the Internet, the phrase “When Lambo?” is likely the most commonly used. It’s a popular meme among those who can’t wait for their cryptocurrency to pay off finally.

Only 888 Pieces Will Be Up For Auction

Each of the 999 fragments that were collected from the explosion was subsequently filmed to create a rotating video. In order to allow customers to claim ownership of the video in question, NFTs were produced and made available for purchase. 111 of those NFTs have been awarded to those who have been associated with the project, with the remaining 888 being put up for sale. The NFTs were scheduled to be released on February 25 but have been postponed due to current global circumstances.

If you want to participate, bidding on the Lamborghini exploding NFTs begins at 0.01 Ether, which is about $25 USD in Ethereum cryptocurrency at current exchange rates. Shl0ms said that the full video will eventually be launched for everyone to watch. The NFTs relating to videos of the largest chunks of shrapnel are regarded the most valuable and will be auctioned off to the highest bidders.

As a content writer, she has addressed a variety of topics, from cars, environmental contamination, personal injury, health & nutrition, and techy stuff. Despite specializing in computer science in college, she found a way to make her lifelong passion for cars pay for itself. She is now a proud member of the international publication Hotcars’ staff. Her favorite moments in the real world are those she spends with her family in the great outdoors.