How South Korea’s Next President Might Change Crypto, Economy & Politics in East Asia 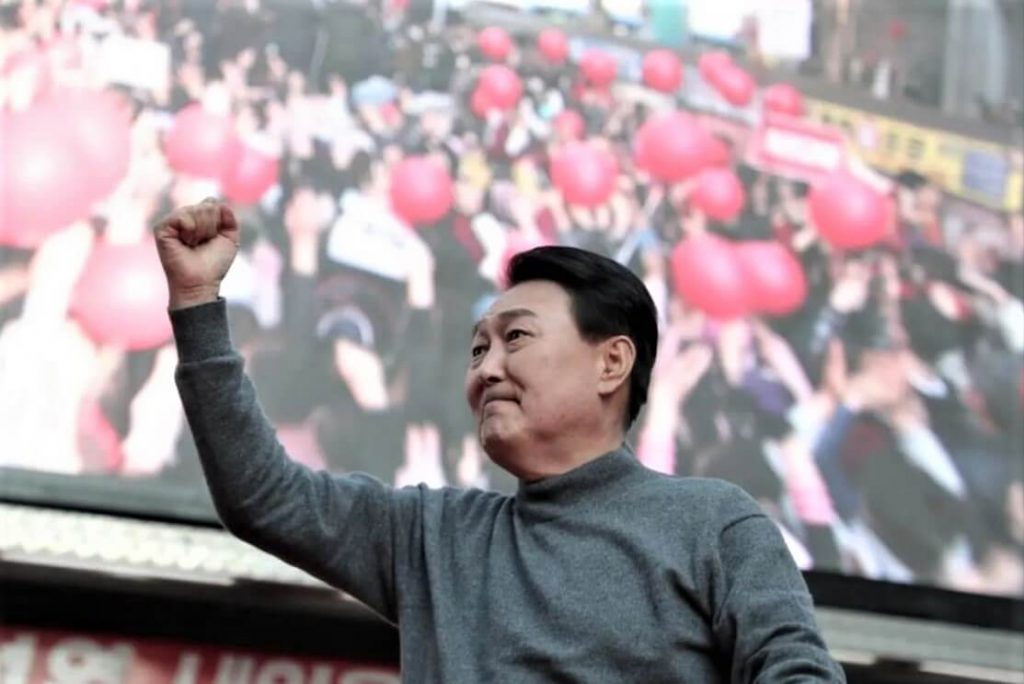 The main opposition People’s Power Party candidate Yoon Suk-yeol has won the race to become South Korea’s next President. Crypto policy was a key battleground in his victory – by less than a single percentage point – over his centrist rival from the ruling Democratic Party.

Here’s how crypto, South Korea – and the wider East Asian area – could change under his rule.

As reported, Yoon, meanwhile, has promised to “review” a ban on all forms of crypto issuance on South Korean soil, which has been in existence since 2017. He said he would “actively create an environment where young people can invest [in crypto] with confidence.” And he also pledged to create a Digital Industry Promotion Agency to support the domestic crypto industry. The body will also create policy for cryptoassets and NFTs.

However, much of his crypto policy appears to have been reactive: His rival at the polls Lee Jae-myung had pledged even more pro-crypto reforms, and both had been attempting to woo younger, crypto-keen voters. Only time will tell if Yoon will stay true to his crypto promises.

The next legislative election will not take place until April 2024, meaning Yoon will likely face considerable pushback unless he finds a way to get the Assembly on his side. The People’s Power Party has just 110 seats.

Yoon has talked about “resetting” relations with China, which have improved under President Moon Jae-in. But Yoon, and the People’s Power Party in general, favor closer ties with Washington and keeping Beijing at an arm’s length.

In the past, such policies have led to uneasy standoffs between Seoul and Beijing, and even trading bans on South Korean companies, as well as a block on tourism to South Korea. Frosty ties with China – still Seoul’s biggest trading partner – could lead to a reluctance to make use of the forthcoming digital yuan, particularly in the tourism sector.

The People’s Power Party traditionally takes a hard line on relations with Pyongyang, while Moon was relatively conciliatory. The South alleges that the North has been conducting a campaign of crypto and ransomware raids on crypto exchanges in Seoul, and that it continues to target citizens and crypto wallets in a bid to raise funds.

The war in Ukraine has already stoked the ire of Pyongyang, which appears to have been shunted to the bottom of the political agenda everywhere as a result. The North has responded by resuming missile tests. A more adversarial relationship with Seoul could intensify this.

Yoon was elected on a platform of justice. He pledged to fight corruption everywhere and promote fairness throughout society. But the South Korean economy is facing existential threats. The country is highly dependent on foreign energy resource imports, much of which still comes from Russia that is now being sanctioned due to its invasion of Ukraine. Some 17% of its coal comes from Russia, as well as large quantities of briquettes, oil, and gas. Tighter sanctions on Russia could hit South Korea hard.

Social inequality is also on the rise, as the gap between the rich and the poor widens, while youth unemployment is another problem. With property prices skyrocketing, younger people have been priced out of the housing market. Yoon has pledged to ease the high capital gains tax currently charged to multiple homeowners and reform the tax system. This is also likely to involve the forthcoming crypto tax levy, which is due to come into force in 2023.

Who is South Korea’s president-elect?