How to Invest in NFTs, From $100m Digital Art Fund Meta4 – Business Insider 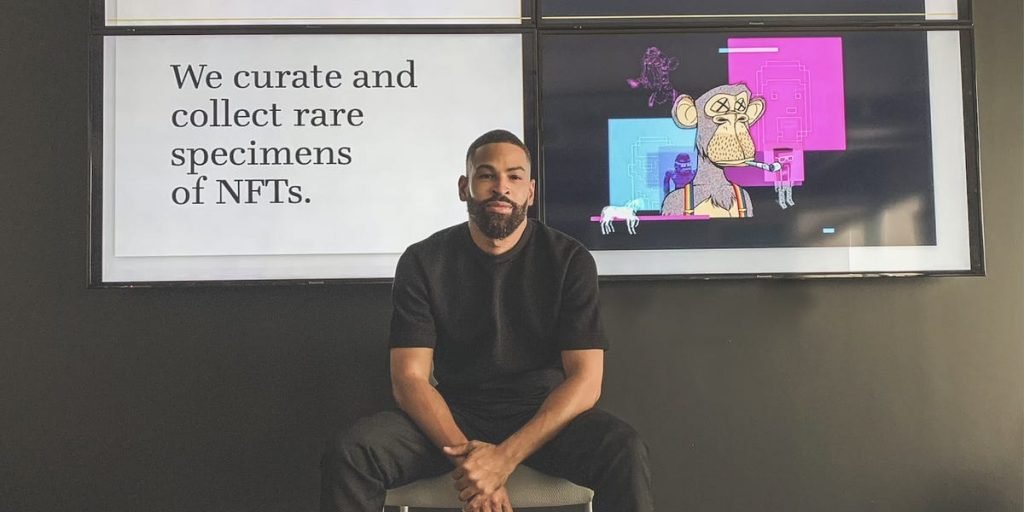 Brandon Buchanan and Nabyl Charania have been blockchain evangelists since 2014. But it was only this year that the Meta4 Capital co-founders began to see NFTs as viable investment assets.

The market for non-fungible tokens (NFTs) has surged this year, with monthly sales increasing from $400 million to $2 billion, according to JPMorgan. Marquee brands like CryptoPunks and Bored Ape Yacht Club have benefitted from attention from high-profile investors, including NBA star Stephen Curry and the socialite Paris Hilton.

“Celebrities only do so much when it comes to driving mass adoption,” Charania told Insider in a recent interview. “It’s still not really crossed into the zeitgeist as an understandable and comprehensible investment asset.”

“Articulating to investors that our thesis included spending hundreds of thousands of dollars on digital horses on the blockchain that we would then ‘breed’ for extra yield was beyond comprehension,” he added.

Charania was referring to Meta4’s first NFT fund, which launched in October. He and his business partner Buchanan secured initial funding from the prominent venture capital firm Andreessen Horowitz, and are targeting $100 million of total investment.

“Fundraising is going fantastically,” Buchanan said. “These things always take several months, and it’s very difficult to get large institutions to get involved, but since we announced in late October, a shade over a month ago, we’ve spoken to everybody.”

“People can feel that there’s something very dynamic happening with NFTs,” he added.

While NFTs’ high volatility level has attracted many speculative day traders, Buchanan said that he and Charania want to bring institutional investors into the space by offering the steadier returns of a larger alternative asset fund.

“We want to give investors broad exposure to the asset class,” he told Insider. “It’s a market that’s maturing to the point where we feel like we can participate, but it’s not so mature that we can’t achieve outsized gains for investors.”

Insider spoke to Meta4’s co-founders about retail investing routes into the NFT space. We also asked them whether they’re concerned about a bubble right now.

Away from the world of $100 million funds, there’s still a route into the NFT space for crypto-savvy retail investors, who can either invest on a marketplace like OpenSea, or create and sell digital art of their own.

Buchanan acknowledged that building an NFT portfolio isn’t possible for everyone. He told Insider that the ideal amount to begin investing with is around 5 ETH, or just over $20,000.

“But there are pathways in for people who don’t have millions of dollars,” he added.

Buchanan’s first tip is that retail investors should always be wary about NFT scams. These have been a source of concern for regulators across the crypto space due to the rise of fraudulent tokens and insider trading at OpenSea.

“You need to do your own research, because it can be hard to identify knock-offs,” he told Insider. “There’s so many projects coming out, so there’ll be lots of scammers, and lots of people who are looking to speculate and make a quick buck are inevitably going to get tricked.”

Concentrating on marquee brands can be one way to avoid NFT scams, according to Charania. He said Meta4 are only eyeing well-known brands like Bored Ape Yacht Club, CryptoPunk, CryptToadz, and Zed Run, as well as verified generative artists such as Dmitri Cherniak and Mitchell F. Chan.

“My personal preference is to back known projects or artists, even though the entry point may be higher,” Charania said. “I would recommend everyone do their own research, get on the discords of the projects you like, and try to understand the community and value proposition of the project you want to back.”

Buchanan also advised investing in new mints. This refers to digital artwork that has only recently been stored on a blockchain. He said investors were more likely to find bargains targeting these assets as opposed to longer-circulating NFTs.

“I look at the Art Blocks release schedule and look for new mints, you can get some of them for 0.25 ETH ($1,100),” he told Insider. “Sites like that are a gatekeeper, they’re a great place to look if you’re new to the space – you’re not going to get scammed and there’s a very smooth user experience.”

Tracking whale wallets is another way to find undervalued NFT gems, according to Buchanan. He named the anonymous collectors ‘Pranksy‘ and ‘Vincent Van Dough‘ as two to follow.

“One of the beautiful things about blockchain is that everything’s on a public ledger, so you can look at the major wallets and see what they’re buying,” Buchanan said. “Imagine if you could see Warren Buffett’s trading strategy as it happened – you can actually do that with NFTs.”

Lastly, Buchanan and Charania both agreed that retail investors should buy subjectively, investing in NFTs because they appreciate them on an artistic level, rather than purely for speculative reasons.

“There’s such a rich level of art that’s happening,” Buchanan told Insider. “I’d encourage people not to buy something just with the idea of speculating, but buy art that you really like and you’re really attracted to.”

“When I look at my cryptocurrency wallet, I see pieces I’ve bought that give me joy,” he added. “Making money is an added bonus.”

Crypto billionaire and Galaxy Digital founder Mike Novogratz warned of an NFT bubble earlier this year, arguing that sky-high prices are “not normal in any way, shape, or form,” and advising that “markets don’t go straight up forever”.

Some analysts are even concerned about a bubble in the entire crypto space, with bitcoin and several metaverse coins sliding over the past few days as concerns about the potential impact from the omicron Covid variant and India’s crypto ban drove a sell-off.

Unsurprisingly, Buchanan and Charania shrugged off bubble concerns. They noted that there is also significant price volatility in traditional art investing.

“Valuations can be similar in the traditional art world,” Buchanan said. “At Sotheby’s, pieces sometimes go for multiples above their appraisal value, so I don’t feel like prices are that out of whack.”

“We are focussed on the top-tier, or extremely rare, or collectible NFTs, where market fluctuations or concerns about a bubble do not play a significant role in determining the value of the assets,” he said. “It pays to be safe, and we are structured to survive another ‘crypto-winter’.”