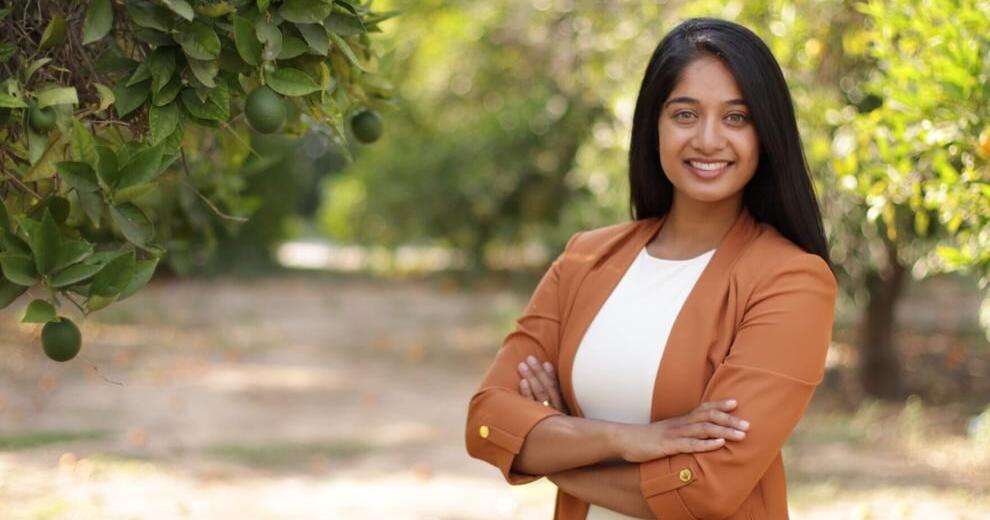 RIVERSIDE, Calif. — Shrina Kurani, an Indian American engineer and a leader in the clean energy and sustainable business sectors, announced her congressional campaign will release NFTs to provide supporters an innovative opportunity to donate to the campaign. An NFT — short for non-fungible token – is a unique, collectible digital item that is sold or exchanged over the internet.

Kurani is the first candidate for Congress to utilize NFTs and demonstrates her continued commitment to investing in emerging technologies and digital services for the 21st century, according to a press release.

Kurani will launch the exclusive collection of 2,022 NFTs through SolSea, an open NFT marketplace which uses Solana blockchain to ensure the lowest impact to the environment and will leverage Civic’s technology for enhanced security with on-chain liveness verification. After making a contribution on SolSea, supporters will receive a NFT accessing Kurani’s visions and concepts in crypto as well as potential policy agendas for the future of web3, noted the release.

Kurani said of her historic NFT launch, “I’ve always been interested in how we can make things work better. From my work as an engineer helping companies transition from fossil fuels to building a company democratizing access to funding, I’ve dedicated my career to building a better future. We have an opportunity to be at the forefront of innovation by supporting emerging technologies and bringing more and more people into the fold, and we must responsibly build and invest in 21st century digital services to continue our journey in transparency, efficiency, and access.”

A Democratic candidate for Congress in California’s current 42nd District, Kurani is challenging 30-year incumbent Washington politician Ken Calvert. The latest draft of the congressional district from the California Citizens Redistricting Commission has the new district closely divided between Democrats and Republicans.