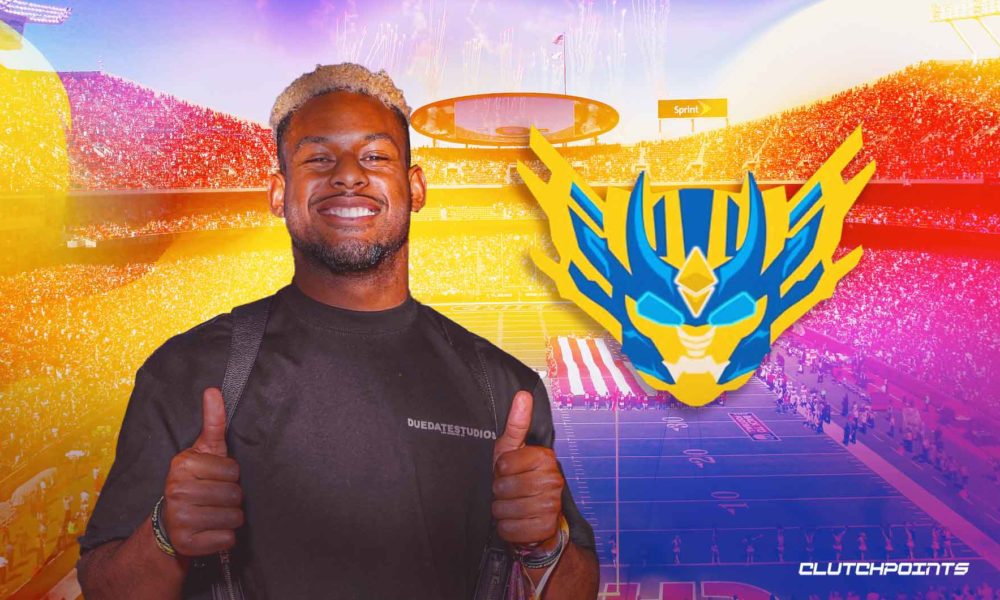 Juju Smith-Schuster announced via his Twitter on Friday that he will be launching an NFT multiplayer game coming soon.

As I prepare for the launch of my NFT Multiplayer game @blokkbots, what other dope NFT projects are you guys hype about? Let me know! #BlokkBots #NFTs #NFTCommunity

This should come as no surprise, as Smith-Schuster has ingrained himself in the gaming community. From streaming Fortnite to his notorious TikToks, the former Steeler has built a brand for himself away from football. It’s become such an off-the-field hobby for him that he’s been subject to plenty of criticism from fans. It’s still early to tell, but Steelers fans will likely be crawling all over his replies on this tweet.

Now getting into the game, NFTs are a trendy fad that are a bit complicated to understand. NFT simply stands for ‘non-fungible token’, a cryptographic item. The market seems to be a hot commodity and people pay quite a bit of money for these items. NFTs are particularly popular in the gaming community.

Blokkbots is scheduled to come out the first week in May, according to their Twitter profile. It’s a multiplayer fighting game in which players can ‘P2E’, or play to earn. This means users can play the game to earn non-fungible tokens.

On the football side of things, Smith-Schuster just recently signed a one-year deal with the Kansas City Chiefs after five seasons with the Steelers. His contract is worth up to $10.75 million after incentives. The wideout figures to be a focal point of their offense, especially after the departure of Tyreek Hill.

In the meantime, Smith-Schuster will be making money in the gaming world. Credit to him, as he continues to build his brand.