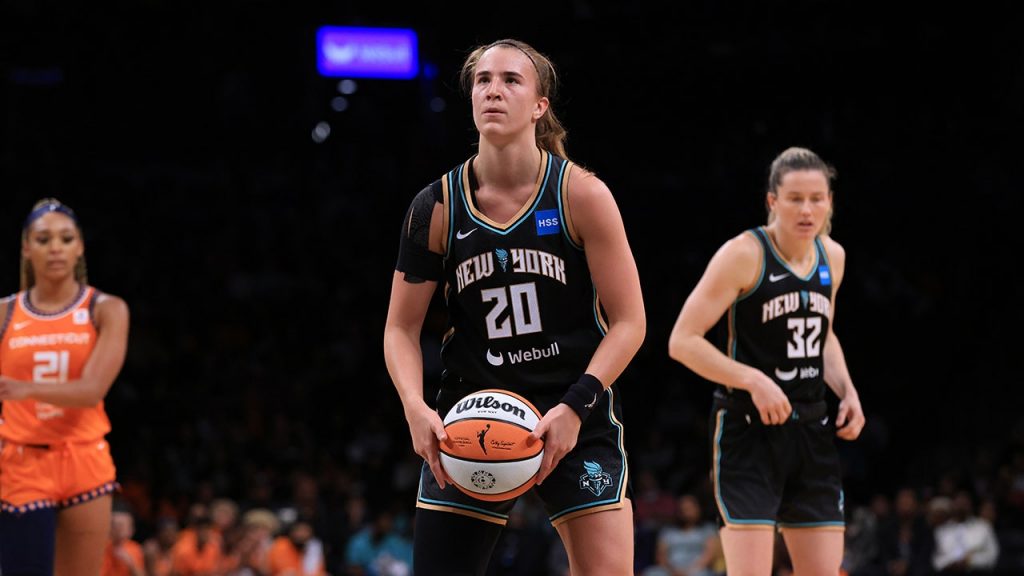 New York Liberty guard Sabrina Ionescu is investing in herself both on and off the court.

The former Oregon Ducks standout has partnered with Autograph, an NFT platform co-founded by NFL legend Tom Brady, to launch her own three-piece collection that illustrates her outstanding college basketball career, her rise in New York and her origins.

“I’m a huge Tom Brady fan. So when I first heard that they were interested it was kind of a no-brainer for me, obviously because of what he’s doing on the field but also how he’s building his business off,” Ionescu told FOX Business in an interview this week.

“But, obviously, I think I was just really excited about the opportunity to partner with and get involved in the crypto world just because, as a younger athlete and a female athlete, I don’t think there is enough representation. I know Naiomi Osaka and Simone Biles are also partners and involved, so I was just really excited to continue to expand that part of my off-court [life] and continue to learn and grow.”

Ionescu was the No.1 overall pick in the 2020 WNBA Draft after becoming the NCAA all-time leader in career triple-doubles. She told FOX Business the inspiration behind the collection was simple.

Sabrina Ionescu (20) of the New York Liberty celebrates after a game against the Connecticut Sun May 7, 2022, at Barclays Center in Brooklyn. (Steven Freeman/NBAE via Getty Images / Getty Images)

“I just wanted to do something [that represented] where I came from, my college and then where I’m at now, so it’s been really exciting just getting to represent and illustrate that through artwork,” Ionescu said.

GET FOX BUSINESS ON THE GO BY CLICKING HERE

Ionescu also spoke about the importance of getting involved in both the crypto world and traditional sports memorabilia.

“I think both are super important, and there’s just kind of different ways of engaging with fans and supporters through both,” she said. “I do have partners with both, and so I’m able to see how they are used differently. I think, obviously, being able to reach artwork and fashion in a different landscape than the other, but I do think that both are super important. And, obviously, the crypto and NFT world are now kind of up and coming and continuing to grow, and more and more people are getting to learn about that space. And so I think it’s only going to continue to grow and continue to evolve.”

Sabrina Ionescu (20) of the New York Liberty prepares to shoot a free throw during a game against the Connecticut Sun May 7, 2022, at Barclays Center in Brooklyn. (Steven Freeman/NBAE via Getty Images / Getty Images)

“​​The Future is…” collection will feature a number of different athletes including Devin Booker, Coco Gauff, Collin Morikaw  and Justin Herbert and will launch throughout this month.