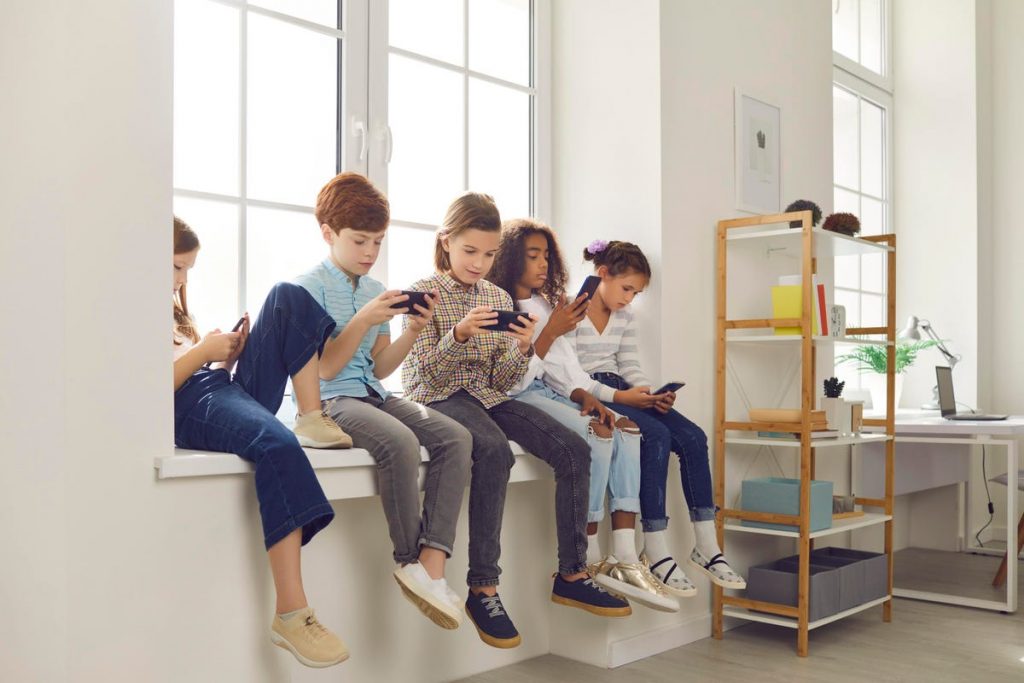 “I hope I die before I get old” is a line that encapsulates the juvenile defiance at the heart of The Who’s immortal single My Generation, released in October of 1965. Almost 60 years later, the legendary track remains a kind of timeless anthem for disaffected youth, even if each subsequent generation has less and less in common with the counterculture cool kids of the Swinging Sixties.

As Generation X (the so-called MTV generation born between 1965 and 1980) followed the Baby boomers, so Generation Y (Millennials born between 1980-1994) followed in turn, before duly paving the way for the first cohort raised in the internet age: Generation Z (1995-2009). And the latter doesn’t even bring us fully up to date, for Generation Alpha, the first to comprise individuals born entirely in the 21st century, are already making their mark.

Much has been written about the defining characteristics of prior generations: the attitudes, beliefs and behaviors of its people, the sort of qualities that invariably shaped the era’s art and image. Generation X, for instance, is often associated with the materialistic excess of the Reagan 80s, as well as traits such as irony, pragmatism and independence.

Generation Y, many of whom were children of Gen Xers, was shaped by the guidance of its predecessors as well as lived experience like seismic events such as 9/11 and the 2009 global financial crisis, coupled with rapid technological change, makes Gen Yers a particularly fascinating group.

According to Deloitte’s Global Millennial and Gen Z Survey, digitally-native Millennials have a “purpose-driven worldview” and are “future-focused”, attributes that are unsurprising given the dominant issue of today, namely climate change.

And what of Gen Z and Alpha, the latter defined as those born from 2010 on? The advances made by their peers meant that these individuals experienced a hyper-connected world from birth. iPads are giving way to the smartphones that virtually oil the wheels of modern life.

With the advent of social media (Facebook in 2004, Twitter in 2006, Instagram in 2010, Snapchat in 2011, TikTok in 2016), just about everything changed including commerce, culture, and the way we interact with our fellow man on a day-to-day basis. Interestingly, members of Gen Z and Gen Alpha would probably be the first to take umbrage with that phrase “fellow man” by labeling it gender exclusionary.

While we must be careful about making sweeping generalizations, contrary to popular perception, most young Americans in the 60s didn’t abuse drugs or protest the Vietnam war. We can infer much about the proclivities of those born in the mid 90s or late 2000s, not least because many of them disseminate their every thought and feeling on social media.

These new generations derive inspiration from influencers (YouTubers, Twitch streamers, podcasters, etc.), pursue side hustles, and carefully curate their images. Socially conscious, they believe passionately in institutional reform and inclusivity and are, by and large, more skeptical than their generational predecessors.

Investing in the Digital Age

Financial freedom may once have seemed like an illusory concept, but Generations Z and Alpha are dreaming big in that regard. Coming of age in a post-bitcoin world has that effect. According to a recent report, Generation Zers (those with a median age of 20) have $360 billion in disposable income, with around a quarter of them owning stocks via mobile apps like Robinhood. Another 14 percent are already building retirement accounts, while a separate poll by Engine Insights suggests 59 percent believe they could “become wealthy” by investing in cryptocurrencies.

Although plenty of ordinary people played the markets in the roaring 80s, recent generations are even more comfortable with investing, an activity no longer seen as a walled-garden for professionals. Thanks to the internet’s evolution, tech-savvy consumers can now experiment, explore and break glass ceilings, investing in stocks, ETFs, commodities, precious metals and cryptoassets via just a handful of clicks on their ubiquitous smartphones. Due to the success of disruptive digital-forward startups such as neobanks, many young people have never even set foot in a bank.

Last year, Robinhood attracted controversy after halting trading in GameStop shares, following a coordinated ‘pump’ by armchair investors. After the latter had used social platform Reddit to target short sellers betting on the stock’s price falling, Robinhood suspended trading, prompting a congressional hearing. In some ways it was a PR victory for decentralized cryptocurrencies and their largely youthful disciplines.

Maybe it’s a consequence of influencers like YouTube videos about investment windfalls or Twitter gods bragging about their crypto stack, but members of Generation Z (and Generation Alpha will surely follow) are always on the look-out for quick and easy ways to make money. Often, this pursuit leads them to options that expose them to higher risks, with non-fungible tokens (NFTs) being a prime example.

NFT sales volume totalled $24.9 billion last year, with smart investors flipping NFTs of art, trading cards, virtual land and other goods for a tidy profit. Appetite for NFTs remains strong. In January of this year, the OpenSea marketplace hit an all-time high trading volume of $5 billion, some $1.6bn more than its previous milestone.

Speculation in cryptocurrencies and NFTs gives young investors the opportunity to make lots of money fast, a vocation as old as time that will remain popular until the lights go out in this world. With the technology being easy to handle, the whole exercise is considerably less daunting than it would have been for, say, Gen Xers making their first forays into trading in the mid-80s, or Millennials investing in internet-based companies during the bull market of the late 90s.

Beauty is in the eye of the beholder, and that’s certainly the case with NFTs. Some of the most coveted tokens belong to the Bored Ape Yacht Club (BAYC) and CryptoPunks platforms, with NFTs represented by rather rudimentary avatar artworks. Amazingly, the pixelated headshots of CryptoPunks have been responsible for over $1 billion in lifetime sales, with a recent Punk – #5822 – selling for an eye-watering $23.6 million.

Facebook’s parent company Meta has been drawn into the space, with both Facebook and Instagram readying a feature that enables users to display NFTs on their social profiles and mint their own tokens.

One of the problems with NFTs concerns their lack of regulation, leaving buyers somewhat vulnerable and wondering how can one know that they actually purchased the real thing, rather than a fake? Last year, a counterfeit Banksy NFT netted an enterprising copycat over $1 million. The sheer hype around NFTs means that investors can get their fingers burned, though it may be easier to hoodwink a Gen Xer than their digitally-native descendants.

Special tools are emerging that verify the authenticity of NFTs. Orbs Network, for example, lets users confirm the provenance of their token at mynft.fyi. As well as validating the on-chain ownership of a particular item, the app generates a certificate certifying as much. Tools such as QuickNode, which offers support to the ownership verification for NFT profile pictures on Twitter’s subscription offshoot Twitter Blue, are critical if Web3 is to make good on its ambitions.

“NFT activity continues to explode as companies move from simple JPG collectibles to use cases unlocking real-life experiences,” notes QuickNode’s CRO Amol Shah, “NFTs offer new ways for creators to earn revenue from their work, and introduce fresh business models in applications like gaming and social media. Emerging networks like Solana and Polygon are also making the underlying consumer experience faster and cheaper per transaction, and as a result I expect overall adoption to accelerate.”

Not everyone is as bullish about NFTs. Outspoken Tesla boss Elon Musk (a Gen Xer) has likened speculation in the tokens to a form of mental illness, while Twitter founder Jack Dorsey says NFTs are the “wrong answer” to the “right question.” Such views clearly haven’t dissuaded many millions of consumers from buying, trading, displaying and using their NFTs in the blooming gamified realm.

Ethereum-based metaverse platform The Sandbox is one such venue, having constructed a vast creators’ economy for digital wares. Players can plug into the metaverse and use SAND tokens to buy virtual land plots, play, earn, trade, govern and explore. Late last year, it raised $93 million in its latest investment round.

The Sandbox isn’t just digitally native, it’s NFT native. But global brands built up in previous generations increasingly want a piece of the action, too. Household names like McDonald’s, Nike, Louis Vuitton, Coca-Cola and Ray-Ban have all released one-of-one digital artworks as part of their marketing mix. Although they’ll naturally want all consumers to buy in, their targets are those who assign value to NFTs already. You guessed it, Generation Z.

“When billion-dollar brands incorporate NFTs into their products, they bring their consumers, big capital and influence to the NFT industry,” says Darius Kozlovskis, CEO of Drops, a platform where users collateralize NFTs to obtain loans through lending pools.

“With this shift, we can expect to see more celebrity endorsements, partnerships with Web3 platforms, and launches of branded tokenized products. This will in turn spark curiosity and introduce these brands’ already established consumer bases to the world of NFTs, Web3, DeFi and self-custody in general. Essentially, they have the power to bring NFTs to mainstream adoption,” adds Kozlovskis.

Igneus Terrenus, head of communications at cryptocurrency exchange Bybit, believes more blue-chip brands will embrace digital tokens in the years to come stating, “NFTs open up new pathways to customer or fan engagements and help established brands find a voice in the new world of Web3. An NFT could be a piece of the brand a fan can call their own. With the right design and incentive schemes, NFTs can be leveraged to build stronger bonds between customers, the creative community and brands. Your supporters are your biggest allies, and there is no better way to reciprocate right now than to offer them a unique token closely associated with the brand they love.”

Like several other crypto trading platforms, Bybit now has its own NFT marketplace where users can acquire digital art, collectibles for use in the metaverse, and virtual land plots. Such venues aren’t just aimed at Millennial and Gen Y investors. Creators get to set up shop, designing and minting their own collections while building a fan base.

“The evolution of NFTs is the classic example of influencers and creators using new use cases for arts,” says Sumit Ghosh, CEO of video-sharing app Chingari, “If we draw parallels between physical art and an NFT, no-one would have imagined that art in digital form would generate so much value among collectors. Blockchain levels the playing field, allowing artists to bypass the major distribution networks and communicate directly with their followers.”

Discussions about whether we are “still early” in cryptocurrency’s life cycle are all too common, but you’ll struggle to find anyone who disputes that it is early days for NFTs. While the first iterations were digital collectibles and art, the next could encompass identity, subscriptions, tickets, music and movies. In Hollywood, an NFT studio is being established by The Irishman producer Niels Juul, with the aim of financing film projects through non-fungibles. A one-of-a-kind NFT album by rap group Wu-Tang Clan sold last year for $4 million.

“I think all big brands should be part of the NFT landscape,” enthuses Yubo Ruan, the founder of Parallel Finance, a protocol connecting the mainstream to the limitless opportunities in decentralized finance.

“Utilizing NFT’s have become one of most effective ways to increase community engagement; because all token-holders feel a sense of true ownership, they are more likely to do their own marketing for a brand that engages with their customers through non-fungible tokens. I think it would be unwise for a major company to ignore an industry that’s seen growth as rapid as this one,” adds Ruan.

Generation Y grew up with the internet, but Generation Alpha is maturing in the metaverse. Whatever your perspective on blockchain and NFTs, they are destined to be part of a confluence of factors that influence the lives of many in the years ahead. The big question is, will brands embrace the technology and go all-in?