Marcus Scribner on plans for 2022, his NFT collaboration with Kelley Blue Book and more – Yahoo News 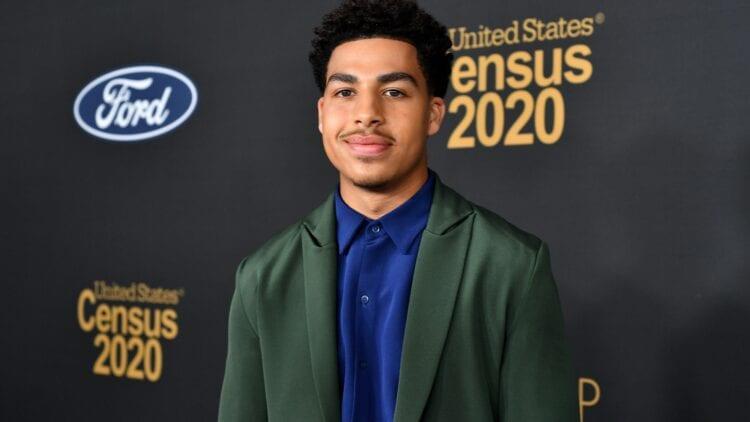 The ‘Black-ish’ star also teased some new projects, including the upcoming film “Along for the Ride”

Actor Marcus Scribner is closing one chapter and starting another. Most people know him for his role as Andre Johnson Jr. in ABC’s hit series Black-ish, which is about to air its final season.

While the show may be ending, Scribner has plenty to look forward to, including roles in the upcoming film Along for the Ride, the animated Dreamworks series Dragons: The Nine Realms for Hulu, and work with his own production company.

His latest endeavor, however, finds the actor diving into the ever-growing NFT (non-fungible token) space.

Per the official press release, the animated NFT for Kelley Blue Book, “visually shows the evolution of cars and how far they’ve come – from a horse and carriage to the 2022 Ford Maverick – Kelley Blue Book has been at the forefront for 95 years.”

The NFT will be auctioned from Dec. 16 – Dec. 21, with all proceeds going to American Rivers, an organization that advocates for and protects rivers and river wildlife.

When speaking to what drew Scribner to the partnership, he explained, “I’ve only ever had two cars in my life, and both of those cars came from research I did with Kelly Blue Book. My girlfriend always makes fun of me because I’m literally on Kelley Blue Book more than I’m on Instagram…real car enthusiasts know, you always gotta check where the market is at!”

“Kelly Blue Book is jumping into the NFT space, which is really exciting,” Scribner continued.

The fact that the proceeds are going to American Rivers is something very important to the actor.

“I am trying to do the best I can using the platform that I have,” he gushed. “I think I learned that being on Black-ish and being around so many humanitarians and activists. Each week we try to provide episodes that deal with current world issues, and I use that to inform all of my decisions, even in the roles that I take.”

The NFT features digital artwork by Bloo Woods, a Black digital artist based in Atlanta. Scribner calls Woods “a really talented artist,” adding, “I think supporting people of color and their creative and artistic goals is so important. That’s what I started my production company for, to uplift Black voices and create projects that I get to see representation and myself in.”

For more on the NFT and to join the open auction, head to the official site, here.

Have you subscribed to theGrio’s podcast “Acting Up”? Download our newest episodes now!
TheGrio is now on Apple TV, Amazon Fire, and Roku. Download theGrio today!

The post Marcus Scribner on plans for 2022, his NFT collaboration with Kelley Blue Book and more appeared first on TheGrio.