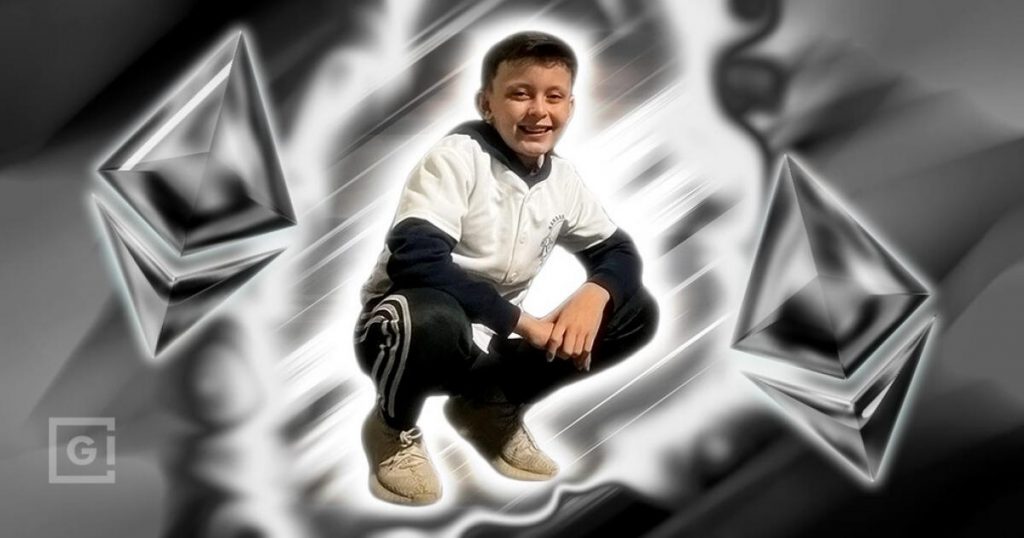 This article was originally published on Gokhshtein Media and appears here with permission.

By the time he became a teenager, Nick had already made $10,000 from flipping NFTs.

Now he’s reached the grand old age of 13 and is already celebrating his first sell-out run of non-fungible tokens, which are called Ranchy-Rednecks and designed to convey an anti-racist message.

We caught up with Nick over email to discover some of the secrets of his astonishing success and see if he has any tips for grown-ups who want to make it big on the blockchain.

On first impressions, Nick is just a regular American kid.

“I like to play baseball, go to the pool with my friends and play basketball,” he says.

The 13-year-old, whose name and address we have decided not to publish to protect his privacy, became interested in NFTs because “the idea of selling online art for money was interesting to me”.

Nick was inspired by other NFT projects including Humanoids, Gutter Gang, Apocalyptic Apes, and Bored Ape Yacht Club, as well as Waheed Zai, creator of Smilesss.

“There are quite a few people who inspire me in this space, but Waheed has a story, compassion, good art, and he’s just a great guy,” Nick says. “He is my #1 role model no doubt.”

After he started trading NFTs, Nick earned $10,000, before losing it all and getting scammed. Instead of giving up, Nick raised a little money from flipping and decided to launch his own NFTs to try to make a difference in the market.

The result was Ranchy-Rednecks, a series of 1,000 randomly generated characters that quickly sold out. Each Redneck is slightly different, which is Nick’s way of celebrating diversity.

“Racism is a big problem in our world so I figured I can help change it,” Nick wrote on Linkedin. “Yet I can’t change people directly I can try to change stereotypes/ meanings and hope people see that example and use it.”

Some of the money raised in the sale has been donated to charities working to defeat racism.

To celebrate selling out all 1,000 Ranchy Rednecks, Nick has organized a party that will “??help combat racism” by ”celebrating the differences of the rednecks to show what the world should look like”.

“I decided to launch my own project as soon as I got scammed in the community,” he continues. “It made me realize I could do better and make a difference.”

The first issue he had to deal with was a lack of funds to pay artists and developers.

“A problem I had to overcome was getting everyone to believe I had enough money for a smart contract,” he remembers. “I did not have enough for an artist and developer so it was hard to get them onboarded for a percentage when there was no progress at the start. So with no money upfront, it was hard.

“Sometimes people treat me like a kid. But I don’t feel like that when I talk to people, I am just a person talking about NFTs at the end of the day.”

So what advice has he got for anyone else thinking of following in his footsteps and launching their own NFTs?

“Utility is key,” he says. “Give people something they can look forward to, not be bored by. And most of all give it your heart.”

We also asked him what it was like being a blockchain prodigy.

“It’s cool to hear people compliment me, but to be honest, I am not that smart,” he replies self-deprecatingly. “Do I have a bright future? No. I mean I am not even in advanced math LOL.”

We beg to disagree – although Nick probably won’t have to listen to the opinions of his elders very often, judging by the stellar beginning to his crypto career. Although we’ll certainly be listening to him.