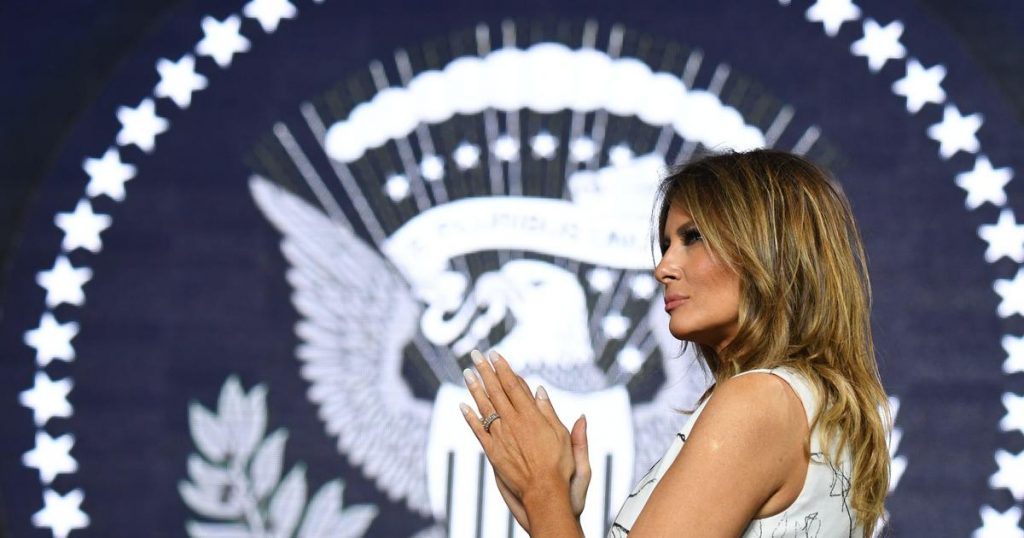 Former first lady Melania Trump is back in the NFT game, auctioning a new set of assets that commemorates moments from husband Donald Trump’s presidency.

The “POTUS TRUMP NFT Collection” goes up for sale on February 21 — Presidents Day — she announced on Twitter Thursday. It will commemorate events like Christmas at the White House and the Trumps’ visit to Mount Rushmore, according to the announcement.

But bidders won’t know exactly what they’re purchasing until they’ve bought it.

“Collectors will enjoy an element of surprise, as the artwork of each collection is revealed only after purchase,” the announcement said. “Of course, collectors can make multiple purchases to own the entire POTUS TRUMP collection.”

The collection features 10,000 NFTs, each costing $50. The auction will be run on the Solana protocol.

Melania Trump provided creative direction for the NFT set, according to the announcement. “I look forward to collaborating with others to offer truly special, authentic parts of U.S. history,” she said in the statement.

This is the third NFT endeavor from the model-turned-first-lady. Trump’s first NFT, launched in December, was a digital version of “Melania’s Vision,” a watercolor painting of Trump’s eyes.

Her second effort, dubbed “Head of State,” featured items from the Trumps’ 2018 state visit with French President Emmanuel Macron, including a painting and the white hat Melania Trump wore. But that auction flopped, coming at a time when cryptocurrency values were plummeting and garnering just five bids, according to media reports. And the funds for the winning bidder came from the NFT’s own creator, Vice and Bloomberg reported. Trump’s office denied it bid on its own assets.

Trump is just the latest celebrity to join the NFT craze. The market for these digital collectibles has swept up everyone from sports stars to major brands to whistleblower Edward Snowden. Descendants of Pablo Picasso have created a digital spinoff of the Spanish artist’s work, and Nike is building NFTs to be used in a virtual universe on the platform of Meta, the company formerly known as Facebook.

Last year, a cryptocurrency company bought an NFT of a $95,000 Banksy artwork and then burned the original.

An NFT, or non-fungible token, is a unique proof of ownership over digital assets — essentially a receipt for a specific item. Because each NFT is unique, they can be bought, sold and exchanged like trading cards. Some collectors buy NFTs for the bragging rights, while others hope to make money from their investment.

“I love you both, but WHY NFTs?!” said one Twitter user.

Others questioned the ethics of a former politician profiting off items created during their time in office.

“Trump selling the PEOPLE’S HOUSE archives?!!” tweeted Stephanie Winston Wolkoff, a former adviser to the first lady. “Is this Legal?”

Thanks for reading CBS NEWS.