‘Metropolis Origins’ brings ‘Magic: The Gathering’ into the NFT era – The Daily Dot 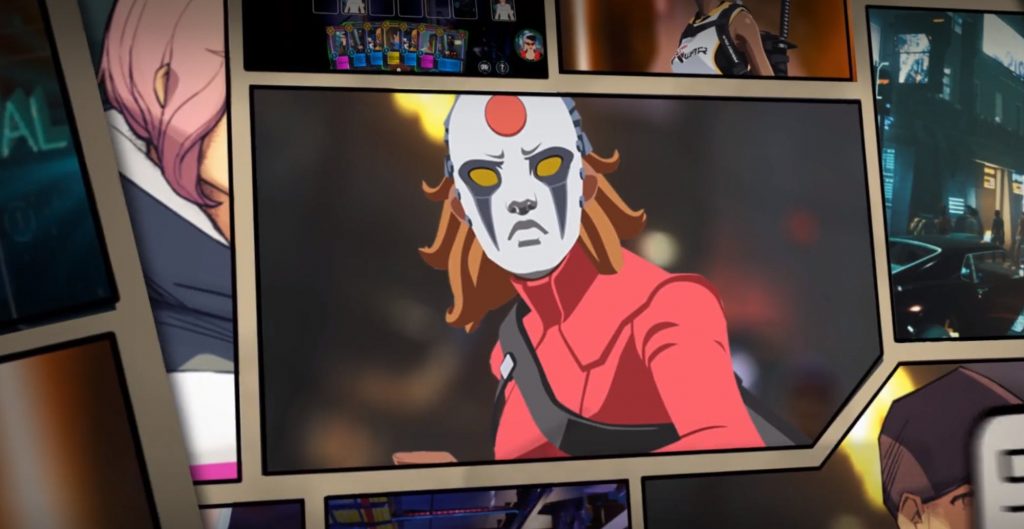 Indie game studio QXR Studios is preparing to launch a game that could change the way studios fund projects in the future.

Metropolis Origins is a collectible card game that fans of Magic: The Gathering will find familiar. The upcoming game shares some real estate with Magic, but aims to take lessons from previous success stories to modernize the genre. Namely, Metropolis Origins plans to sell its card packs as NFTs, or non-fungible tokens. NFTs are a relatively new concept, which brings along a certain amount of trepidation, but the team behind Metropolis Origins has faith that its game might have what it takes to change the way strategic, card-collecting games are played.

We spoke with Austin Grossman and Graeme Devine, some of the devs behind Metropolis Origins. Grossman has a long history in video game design and writing, and Devine has been involved in the world of gaming for even longer. He’s worked as a designer and programmer for years, and has multiple best-selling games under his belt.

The duo brought their years of experience to Metropolis Origins, which Grossman described as “about heists and hacking and corporate warfare in the cyberpunk world of Metropolis.”

Players will engage in “two-person tactical conflict,” according to Grossman, similar to games like Magic or Hearthstone, but with “faster and punchier” play. Metropolis Origins has a simple concept that allows for deep strategy, and the devs say the team’s Discord playtest community is absolutely loving it. Cards will exist in a purely digital form—though some favorites will exist in physical form for giveaways—and can be purchased, collected, and traded among players. Each card will be released in limited runs.

Players, upon building their decks, will have the option to play against other users from around the globe, or face-off against an AI. Characters can be selected from several different factions, “Corporate, Government or Underground.” Players use “strategy and wits” to overcome their opponent and win matches.

Yet the biggest question that continues to loom over Metropolis Origins relates to the way the game aims to make money: NFTs. The idea is new and a bit intimidating to some users, but creators say it’ll create interconnectivity and permanence in its game.

In simple terms, Metropolis Origins will allow players to purchase card packs, sold as NFTs, in order to participate. These card sets are then owned by the players, who can combine, rearrange, and play with the cards to create their ideal deck. Cards will be sold in packs of varying sizes, but a 50-card deck is needed to play your first game.

Once a player owns a card, that digital asset belongs to them. By selling the cards as NFTs, Grossman says the team aims to give digital decks the “uniqueness and permanence of a physical card,” while still allowing participants to play online, rather than requiring an in-person meet-up. According to Devine, the team “felt the analogy to the old physical trading cards was really strong and the community of people in the NFT trading card crowd seemed to be looking for something new.”

By selling card packs as NFTs, the company aims to essentially use NFTs as a new Kickstarter, an idea which could broaden funding potential for a range of small gaming studios. They have the “lofty, lofty” goal of becoming the Magic the Gathering of NFTs, a goal that Devine thinks is genuinely obtainable.

For users, this new approach to gaming could mean “a lot more freedom,” according to Devine, and for creators, it could open the door for far more “interesting game designs,” thanks to the “extremely flexible and reliable blockchain.” Gamers are still a bit suspicious of the new approach, according to Grossman and Devine, but they don’t think the wariness will last. As the practice becomes more common, they think people will grow to understand it better, and become more comfortable with the idea of using NFTs as a funding model.

In the meantime, Metropolis Origins occupies a largely unexplored space, one that could provide a brand new opportunity for funding indie projects.

Metropolis Origins will officially launch on Wednesday. You can get whitelisted for the drop here.

Disclosure: A co-founder of QXR is on the Daily Dot’s board of advisors.