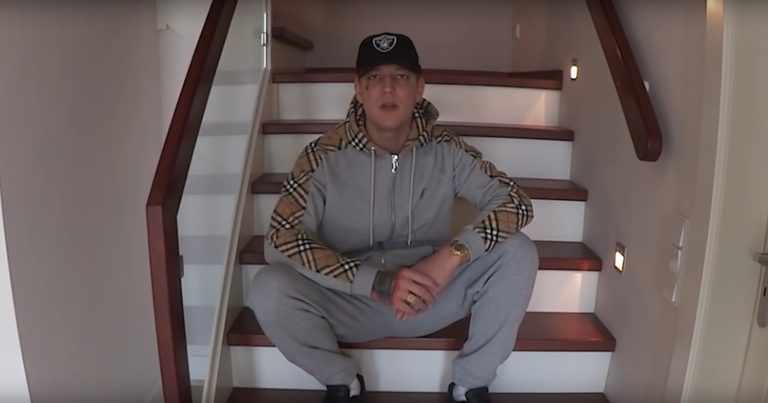 Less than a month after MontanaBlack88 announced an NFT giveaway that included an image with a swastika, he’s gotten himself into another controversy—this time, with an NFT that was part of a scam.

MontanaBlack88 is one of the largest social media influencers in Germany, with over 8.4 million followers combined across his socials. He began his journey to be an entertainer with Youtube videos containing stories about his life. From drug abuse to being homeless, MontanaBlack88 wasn’t afraid to share anything with his followers.

As of late, however, MontanaBlack88 has been losing that trust he built his supporters. In February, MontanaBlack88 shared with his fans a new giveaway he would be conducting, with the winners receiving one of five Squiggles NFTs.

The problem arose when the NFTs MontanaBlack88 promoted were exposed as a scam. The type of scam is known as a rug pull, in which the creators of the NFT delete all social media accounts pertaining to it and try to disappear, causing the price of the images to plummet. The scammers walk away with all of the money they received from investors hoping to enter the crypto space.

So far, the creators of Squiggles have yet to delete any of their pages, but their NFTs have been taken down from OpenSea, one of the largest NFT marketplaces in the world. The NFTs were relisted on a separate site, LooksRare, but the floor price is less than half of what it was previously.

Since then, MontanaBlack88 released multiple now-deleted apologies to his fans and changed the names of all of his OpenSea accounts, according to NFTethics.