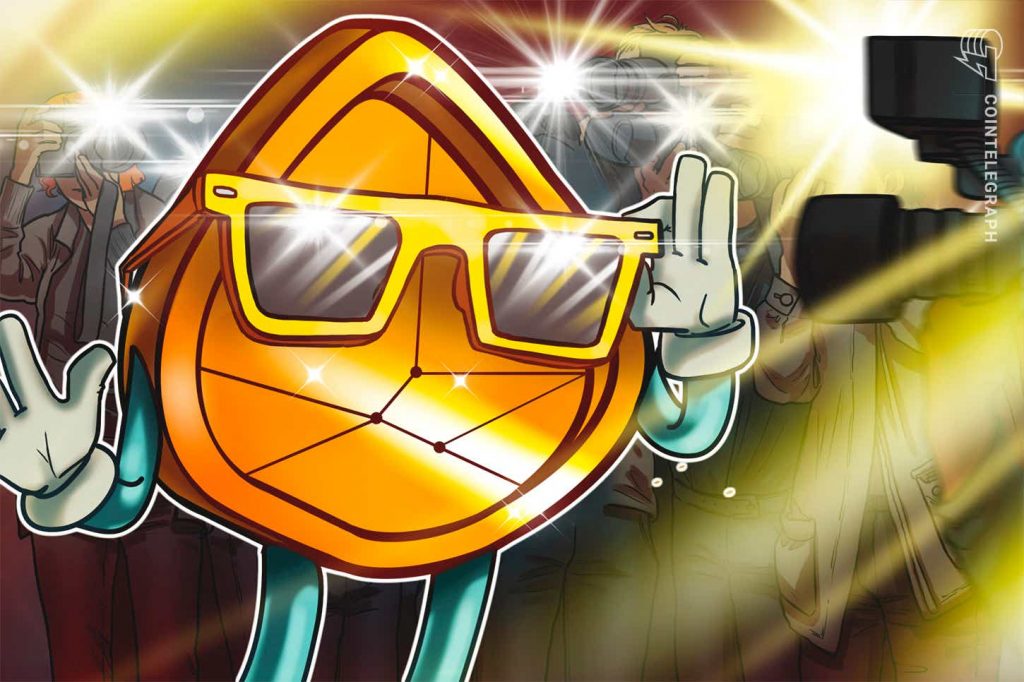 Cointelegraph journalists at South by Southwest, or SXSW, in Austin, Texas reported that nonfungible tokens (NFTs) were everywhere this year, marking a new phenomenon for what began as a music festival in 1987. Since evolving into a film, tech and general culture gathering, and after a two-year hiatus, SXSW added blockchain programming to the mix with crypto-related panels, blockchain company sponsors and NFT community interactive experiences.

Two NFT communities with the largest physical presences at SXSW were Doodles and FLUF World who ran immersive, multiday and multisensory experiences. They built physical installations at which attendees would wait in long lines to enter and interact with these virtual communities in real life. Cointelegraph got to the bottom of how these digital collections came to life at SXSW.

Doodles is a collection of generative hand-drawn NFTs of skeletons, cats, aliens, apes and mascots. Doodle holders and curious passersby could enter a Doodle-themed structure to buy a drink at the bar, get Doodles painted on their nails, eat some noodles and display owned Doodle NFTs throughout the exhibit. If a t-shirt or sticker purchase was made at the Shopify-powered gift shop, customers entered a raffle to win a Doodle.

Cointelegraph spoke with the Doodles founding team about their mission at SXSW and the collection‘s roadmap. According to co-founder Jordan Castro, otherwise known as Poopie, Doodles hopes to leverage its brand strength, reach and resources to help NFT owners with their own entrepreneurial efforts by monetizing their Doodles.

“We are showing the world by example what we believe the future of brands to be: Communities becoming stakeholders. It is our philosophy that communities will be the future flywheel of brand growth, and our approach is to foster successful, creative, technical and entrepreneurial talent from within our community.”

Doodles launched in October 2021 and has since grown its Doodlebank, the community treasury, to a balance of over $3 million. Castro explained how Doodles holders can propose expansion initiatives, products, experiences or governance ideas in the Doodlebank Forum, and all Doodle holders get to vote on these proposals. Two of these proposals-turned-businesses were showcased at SXSW: Noodles and Coffeedoods. Noodles became an entirely new NFT collection and brand that grew to generate more than $550 thousand in sales and $500 thousand in royalties.

Visitors at the activation lined up to get a taste, while those who needed a caffeine pick-me-up queued up at the coffee bar. Coffeedoods is a separate Web3 coffee distribution company founded by owners of Coffeehead Doodles, with a subscription NFT service to receive monthly shipments of CoffeeDoods coffee. There are currently more than five thousand pre-sale customers, according to the company.

Future plans for the Doodles community include “continuing to bring Doodles into mainstream public consciousness” through additional IRL activations, said Castro. The team revealed that they will set up a permanent installation in a yet-to-be-announced United States city with support from local government and businesses.

Doodles also recently expanded their universe of “joy and rainbow puke” to include Space Doodles, which all Doodlers can claim for free in addition to an extended license NFT that grants them new commercialization rights into Doodle Toys. These toys or collectibles will target users with NFT figurines inspired by the original Doodles collection.

Related: Run-DMC‘s McDaniels at SXSW: Blockchain can take the power back for artists

The FLUF World pop-up village appeared a few blocks away from Doodles. FLUF World is a metaverse ecosystem of virtual land, music and games, known for its 3D rabbit avatar characters. FLUF developed the FLUF Haus arm of the company to create global IRL experiences from Art Basel in Miami and the Super Bowl in Los Angeles and now to SXSW in Austin. The FLUF Haus SXSW edition blocked off an open area of bars, food trucks and three giant domes home to panel discussions, VR activities and artist workshops. The NFT community could gather to enjoy DJ sets and musical performances in the evening.

According to Alex Smeele, co-founder and CEO of Non-Fungible Labs and F World, SXSW offered the opportunity for industry leaders to connect in person and bring these traditionally online relationships into the real world.

“True power comes from how these digital and physical worlds intersect. NFT communities are a great way for people all around the world to come together around shared passions and form strong social bonds.”

The FLUF team shared that part of the mission for being at SXSW was to advocate for an open metaverse and get the community to sign the “Metaverse Manifesto.” Smeele expressed that the crypto and NFT industries “can be very toxic and male-dominated for the most part,” and that FLUF World intends to “weave ethics, diversity, and sustainability into the very fabric of our community” by helping to establish certain standards for Web3 companies.

Smeele added that FLUF aims to build a “scalable metaverse with play-to-earn mechanics, as well as invent new ways for content creators to engage with their fans.” They partnered with the NFT collection Seekers, built by the Sylo Network, that allows NFT owners to communicate their wallet address with any other wallet address, and with Altered State Machine, a protocol that enables AI ownership via NFTs. Together, they set up an AR Snapchat experience for users to activate the FLUF World lens and enter the FLUF Dome via the application in order to enter for a chance to win FLUF characters or a Seeker NFT.

In addition to IRL events, the community has helped the New Zealand-based team to raise an estimated 2 million New Zealand dollars in support of sustainability initiatives, homelessness and Ukrainian refugees. Smeele described that their main focuses over the next quarter include collaborating with leading and up-and-coming music and visual artists and launching their own token called Mycelium. Additionally, FLUF plans to bring further functionality to its metaverse-ready characters and introduce breeding for their rabbit avatars to reportedly allow people to join the community at a lower price point.

Both of these communities took to the streets of Austin to showcase what their respective communities can expect from them: interaction, engagement and support to be their own creators. Another company, Blockchain Creative Labs, FOX Entertainment‘s NFT studio, also hosted its own Web3 discussions, events and giveaways at SXSW. Their main attraction included a Dolly Parton live performance on the blockchain on Friday evening and the launch of the Dollyverse, an NFT drop of Dolly‘s newest album.