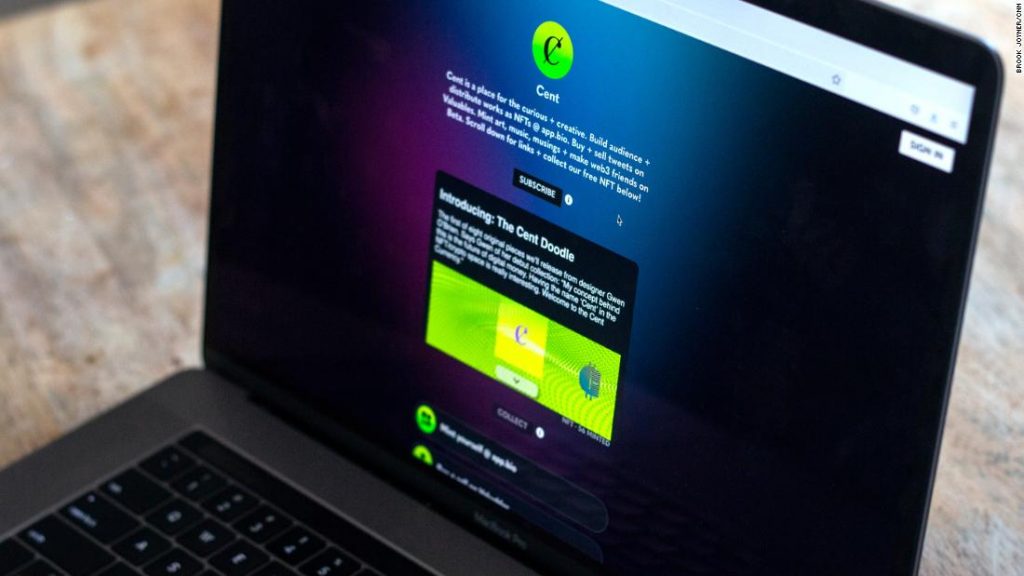 LondonThe platform which sold an NFT of Jack Dorsey’s first tweet for $2.9 million has halted most transactions because people were selling tokens of content that did not belong to them, its founder said, calling this a “fundamental problem” in the fast-growing digital assets market.

Sales of NFTs, or non-fungible tokens, soared to around $25 billion in 2021, leaving many baffled as to why so much money is being spent on items that do not physically exist and which anyone can view online for free.

Reports of scams, counterfeits and “wash trading” have become commonplace.

The U.S.-based Cent executed one of the first known million-dollar NFT sales when it sold the former Twitter CEO’s tweet as an NFT last March. But as of Feb. 6, it has stopped allowing buying and selling, CEO and co-founder Cameron Hejazi told Reuters.

“There’s a spectrum of activity that is happening that basically shouldn’t be happening — like, legally” Hejazi said.

While the Cent marketplace “beta.cent.co” has paused NFT sales, the part specifically for selling NFTs of tweets, which is called “Valuables,” is still active.

Hejazi highlighted three main problems: people selling unauthorized copies of other NFTs, people making NFTs of content which does not belong to them, and people selling sets of NFTs which resemble a security.

Such problems may come into greater focus as major brands join the rush towards the so-called “metaverse,” or Web3. Coca-Cola (CCEP) and luxury brand Gucci are among companies to have sold NFTs, while YouTube said it will explore NFT features.

While Cent, with 150,000 users and revenue “in the millions,” is a relatively small NFT platform, Hejazi said the issue of fake and illegal content exists across the industry.

“I think this is a pretty fundamental problem with Web3,” he said.

The biggest NFT marketplace, OpenSea, valued at $13.3 billion after its latest round of venture funding, said last month more than 80% of the NFTs minted for free on its platform were “plagiarized works, fake collections and spam.”

OpenSea tried limiting the number of NFTs a user could mint for free, but then reversed this decision following a backlash from users, the company said in a Twitter thread, adding that it was “working through a number of solutions” to deter “bad actors” while supporting creators.

“We are working around the clock to ship products, add features, and refine our processes to meet the moment.”

To many NFT-enthusiasts, the decentralized nature of blockchain technology is appealing, allowing users to create and trade digital assets without a central authority controlling the activity.

But Hejazi said his company was keen on protecting content-creators, and may introduce centralized controls as a short-term measure in order to re-open the marketplace, before exploring decentralized solutions.

It was after the Dorsey NFT sale that Cent started to get a sense of what was going on in NFT markets.

“We realized that a lot of it is just money chasing money.”