NFT sales market is on track to surpass 2021, but monthly totals are dropping – Yahoo News 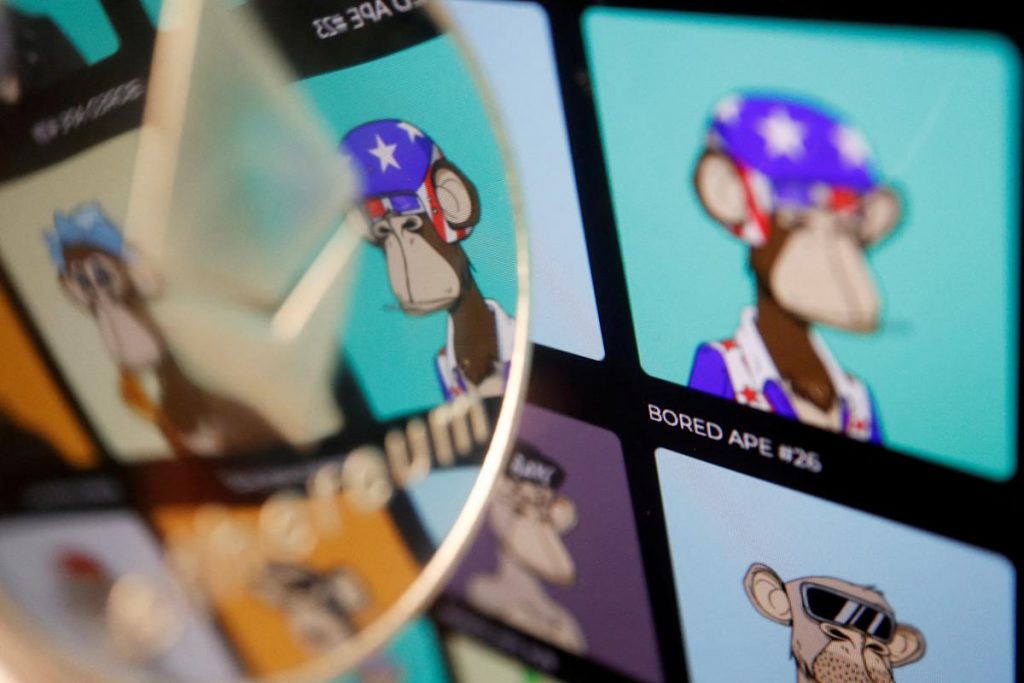 NFT sales are on pace to surpass last year’s total soon, but the monthly declines since 2022 started are troubling for the once-blistering market.

Total sales hit $37 billion as of the first week of May, according to a report from blockchain analysis firm, Chainalysis, compared with $40 billion for all of 2021. If sales sustain their median weekly total since January, total NFT sales could double to $90 billion by the end of 2022.

Still, total sales continue to drop month-over-month since the beginning of the year, averaging a 19.8% decline each month from January to April, while year-to-date the values for most NFTs are down.

Both trends are occurring as the Federal Reserve tightens money supply, crimping investor appetite for risk assets such as cryptocurrencies.

“The market is not at all-time highs, but we are seeing strong transaction volume as well as an uptick in the number of active collections and buyers [active wallets] who are interacting with NFT marketplaces,” Ethan McMahon, the Chainalysis economist who authored the report, told Yahoo Finance.

The vast majority of the 88,000 NFT collections have not held their value since January 1.

Nansen breaks down NFT performance by segmenting collections through indexes based on their category such as art, gaming, metaverse and social.

An investor who put $1,000 into its NFT 500, which weights the top 500 NFT collections by market capitalization, on January 1, would have lost 6.7% or $67 as of Sunday afternoon, according to Nansen data. It’s virtually the same for the firm’s NFT metaverse index (Meta 20).

On the other hand, social NFT collections such as Bored Ape Yacht Club (BAYC), which are most often profile picture avatars aiming to double as keys to gated online communities with perks, have held out best — up 5.52% year-to-date.

While admitting newer buyers aren’t clamoring into the NFT space “just yet” Farokh Samad, an avid NFT collector who bought his first unique token in February 2021, isn’t discouraged by the market’s trajectory.

“When you compare NFTs to bitcoin you’re missing the point,” Samad told Yahoo Finance. “This year, it’s almost a $40 billion market and there’s a lot of stuff happening. It’s easy to dismiss the big picture.”

Samad owns at least 993 NFTs, according to his collector page on Open Sea, meaning his holdings are larger than most. The 27-year old is also part of Anchain.ai’s “Million Dollar Club,” which has overlaid open source data from Twitter and Ethereum Name Service (ENS) to identify a list of 271 Twitter accounts linked to ENS addresses that hold at least $1 million in crypto and NFTs.

To pick NFTs that increase in value overtime, Samad told Yahoo Finance sometimes it’s just “low IQ plays,” such as having a good feeling about a project or liking the art. But since March as the market has become less robust, Samad said it’s more important to look for projects that are “deeply engaged with their community and constantly delivering products” such as events, merchandise or more digital goods.

Open Sea, the largest NFT marketplace by volume, clocked their record daily trading volume ($467 million) between Saturday April 30 and Sunday, May 1, largely due in part to a virtual land sale put on by BAYC creator Yuga Labs that was so large, it temporarily crashed the Ethereum blockchain.

While Samad, who participated in the Otherdeeds sale, said there isn’t much information yet about the value of these virtual land parcels, he said it’s clear some parcels are worth more than others based on a 1-to-5 star tier system.

“Things are a little fragile in the short term, but the crazy thing about this space is that one thing could flip it upside down, bringing it back up,” Samad said.

To his point, Instagram’s head Adam Mosseri said in a social media post Monday morning that the social media platform will begin testing NFTs with select creators. If the integration proves successful, it could attract a new group of NFT investors and users, according to Samad.

Read the latest financial and business news from Yahoo Finance