NFT Trading Cards: Are They Even Worth It? – NFTevening.com 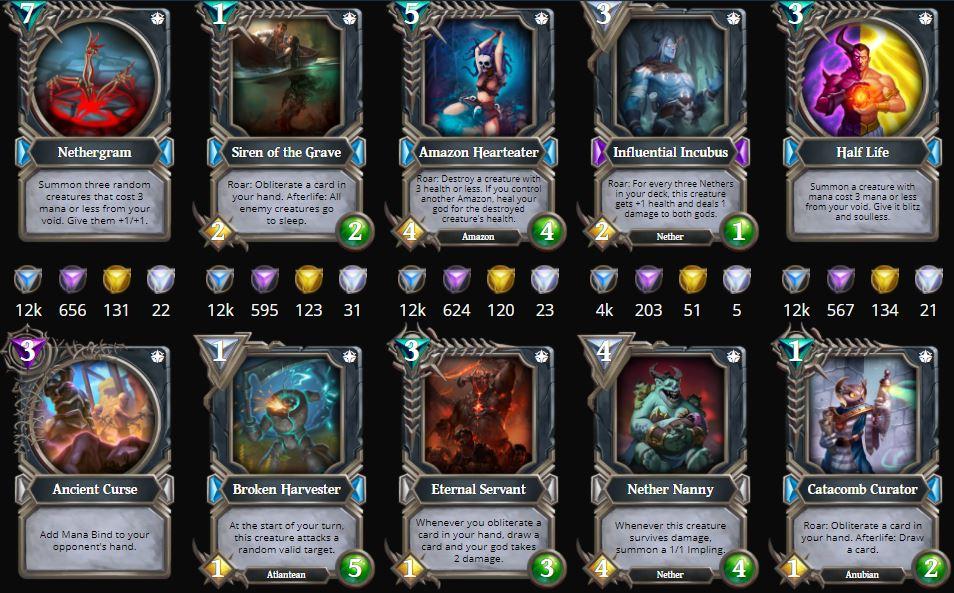 Trading cards have long been the rage. From rare Pokémon cards to vintage sports cards, collectors have shelled out thousands of dollars to own these prized possessions in the past. Imagine physical binders with sleeves filled with rare and invaluable cards of all types and shades. Now, with the emergence of blockchain technology, these cards are ruling the digital realm as NFT trading cards.

What are NFT trading cards and why are they in demand?

Put simply, NFT trading cards are digital trading cards built on blockchain networks. As with all NFTs, blockchain technology enables these trading cards to be unique. More importantly, thanks to the technology, people can easily verify the authenticity and ownership of the cards. This is especially important, as just like physical trading cards, scarcity is crucial in determining a digital card’s value. Besides, no one can delete or alter the information stored on the blockchain, ensuring the cards are secure.

Alternatively, NFT trading cards can also be a digital representation of actual physical cards. Think of them like digital certificates of authenticity and ownership. This way, even if you lose or damage your physical card, the NFT will live forever. After all, a physical card’s value depends largely on its mint condition—once damaged, you are unlikely to get much from a sale. But, NFTs solve this issue and you can easily collect, sell, or trade these cards. You can even display them proudly in your digital galleries!

Unsurprisingly, with the growing popularity of NFTs, an increasing number of people are moving to NFT trading cards. For many, these digital collectibles have become a lucrative investment. Indeed, some NBA Top Shot digital cards have sold for over $300,000! Apart from the exclusivity elements, some NFT trading cards also offer holders perks like playability in blockchain and NFT games, exclusive access to sports tournaments, meet and greet with sports stars, and much more.

Now that you know all about NFT trading cards, let’s take a look at some of the top ones. From simple digital collectibles to trading cards games, the choices are aplenty!

When it comes to sports NFT trading cards, NBA Top Shot leads the way. Founded in 2019 by Dapper Labs in collaboration with the National Basketball Association (NBA) and the NBA Players Association, NBA Top Shot helped take NFTs to sports fans across the globe. Basically, NBA Top Shot is a marketplace that allows you to collect, sell, and trade NBA “moments”. These moments are the top highlights of various basketball games and come in varying rarities. Just like physical trading cards, the NFTs are available in Packs—you buy a pack, open it, and only then will you know what highlight you got.

Today, due to its popularity, NBA Top Shot takes the ninth spot as the all-time top NFT collection in terms of the trading volume. According to DappRadar, these NFTs have amassed over $875 million in sales so far. Besides, a single NFT will cost you an average of $56.41. That said, several of the rarest NFTs have sold for upwards of $200,000.

Gods Unchained is one of the leading play to earn NFT trading card games in the market. Essentially, the game allows you to buy, build, and sell cards in the form of NFTs. Based on the different powers of each card—attacking, supporting, disrupting, or defensive—you can create your own deck. Then, you can use the assembled cards to battle other players in the game. The better your deck, the higher your chances of winning the match against the opponent.

Gods Unchained rewards winners of the Gauntlet of the Gods game mode with Flux, the in-game currency. You can use Flux to upgrade your cards, wherein you can receive higher rewards. You can also win rewards by participating in weekly tournaments. Besides, the game also offers a governance token, $GODS, using which you can carry out various transactions in the game as well as get voting power.

Popularly touted as the first-ever NFT art collection, Curio Cards includes multiple sets of 30 NFT trading cards. Founded in May 2017 as an online art gallery, the cards in the collection feature artworks from seven different artists. While originally they cost $0.50 to $1 per card, some of these have since fetched hundreds of thousands of dollars. In fact, last year, Christie’s auctioned one complete set for a whopping 393 ETH (around $1,267,320 at the time).

As one of the original NFT trading cards, Curio Cards are not only rare but also extremely valuable. Actually, while 29,700 cards were minted at first, around 4,000 cards have been lost or destroyed. As a result, there is only a supply of about 111 to 2,000 cards in each series.

Rare Pepe NFT trading cards are another OG digital cards in the industry. As a matter of fact, these are considered as one of the first NFTs to be minted! Based on Pepe the Frog meme, the first Rare Pepe NFTs were launched on the Counterparty blockchain in September 2016. These Series 1 cards honour Satoshi Nakamoto, who is believed to have created Bitcoin. As this series is one of the rarest Pepes in history with only 300 cards in all, some of these have fetched hefty sums. In November last year, a Series 1 Rare Pepe Nakamoto Card was sold for $500,000. All in all, the Pepes collection includes 36 series with varying supplies and quantities.

If you are a football fanatic, then Sorare is for you! Essentially, it is a fantasy football game that allows you to sell, trade, and manage a virtual football team through NFT trading cards. Using cards of different rarities, you can set up a five-player team and compete with other teams. As with other fantasy games, the teams are ranked based on the rankings of the players in real life.

To date, Sorare has officially licensed 215 football clubs including FC Barcelona, Paris Saint-Germain FC, Real Madrid CF, Japanese League, and Atlético Mineiro, among others. You can also trade the NFTs on secondary marketplaces like OpenSea. Actually, Lionel Messi’s first trading card on the platform was sold for $11,000.

Ultimately, the value of NFT trading cards truly depends on their rarity. As with all NFTs, these too come with market risks. Therefore, it is imperative to do your own research before making any investments.

Just check out our NFT Calendar !

We summarize the biggest news of the day :