NFTs Cause Carnage in the Latest South Park Special 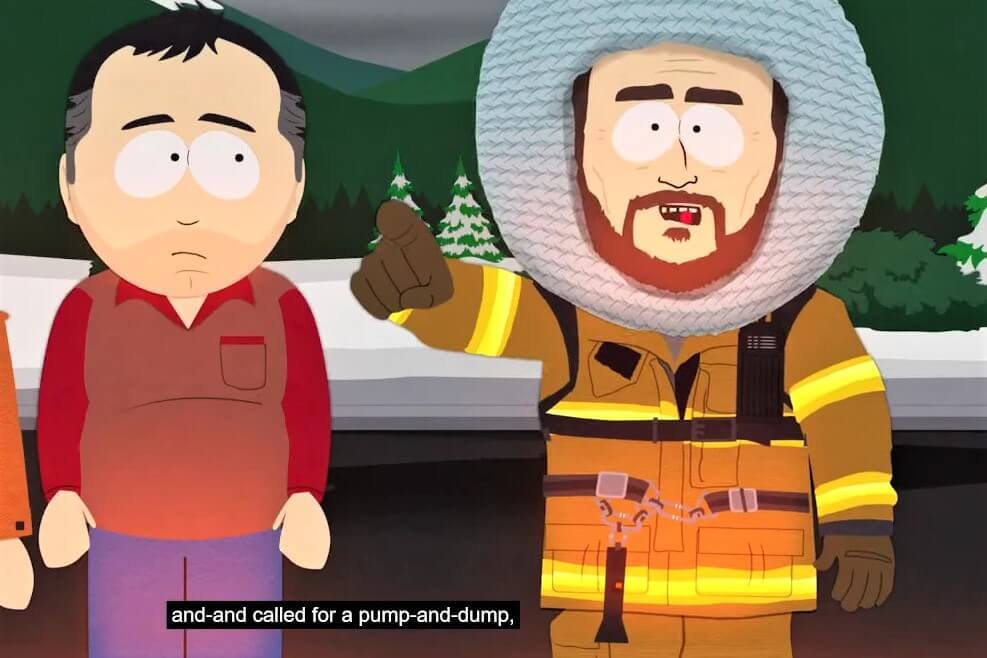 Non-fungible tokens (NFTs) have proven to be a disruptive force in the world of art, but in the latest special episode of the US animated series South Park, investing in such assets brings actual death and destruction.

One of the scenes in the comedy special, entitled Post Covid: The Return of Covid, depicts a team of firemen transporting victims of what seems like a massacre that left numerous corpses scattered around a demolished building.

“It was like nothing I ever saw. Just complete murder and carnage,” said the firefighter. While things appeared calm at first, a man in a suit arrived and talked about investment opportunities. “Next thing you know, these people over here started chanting ‘hodl, hodl,” and their NFTs started mooning,” the fireman explains the reasons behind the tragedy to two startled spectators.

“And then, these guys over here started saying those guys right there right-clicked ’em, and called for a pump-and dump,” he continues.

“Which made these guys beat the living hell out of anyone who said it was just FOMO and died screaming that it was the flippening.”

By using jargon such as fear of missing out (FOMO) and ‘flippening,’ which is a term used to describe a situation in which ethereum (ETH), the second coin in terms of total market capitalization, would take over the leading crypto, bitcoin (BTC), the show’s creators demonstrate a more than an average grasp of crypto lingo.

“Luckily, I came out of it okay. I got this little miniature donkey with a lit-up sombrero,” the fireman concludes, proudly showing on his phone’s screen what seems to be an NFT, before his colleague comes in with another “great investment opportunity” – a small turtle with wings.

The animated series has long targeted global finance and ridiculed some of its aspects, and the latest episode represents yet another example of cryptocurrencies’ presence in the show. The recently released South Park: Post Covid animated movie flick presents a future in which bitcoin (BTC) and other cryptos are a dominant payment method.