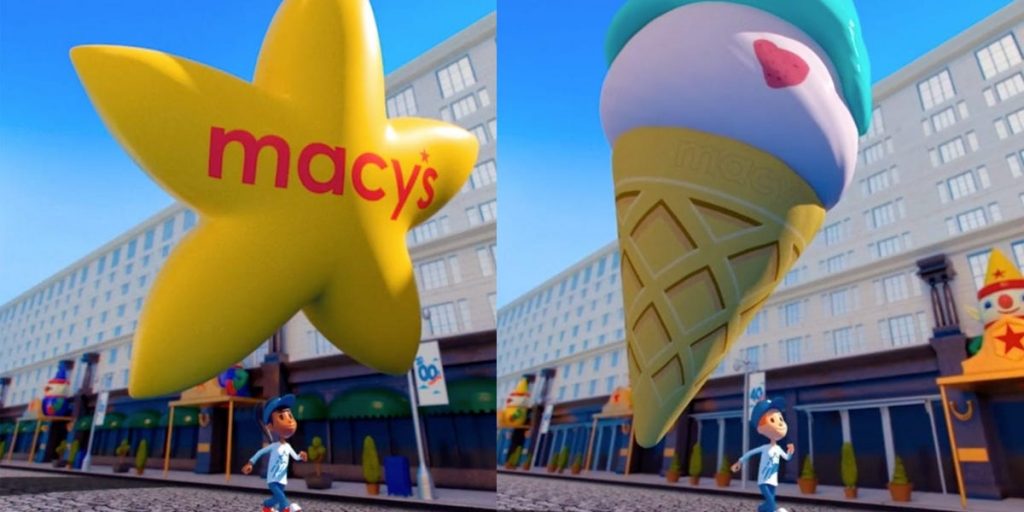 As the cryptocurrency craze continues, it appears non-fungible tokens may become as much a part of American holiday traditions as pumpkin pie and football.

NFTs are unique digital collectibles that run on blockchain technology and operate similar to bitcoin, digitally tying ownership to pieces of art, memes, videos, and even real estate. Since NFTs first began rising in popularity earlier this year, the digital assets have sold for upwards of millions of dollars, fueling a market that is now valued at a whopping $7 billion.

According to a Pew Research Center study published earlier this month, 86% of Americans say they have at least heard of cryptocurrency, and 16% have personally invested in or traded one. As awareness grows, everyone from celebrities like Martha Stewart and rapper Ghostface Killah to major retailers like Macy’s rolled out NFTs tied to the holidays this week, indicating that the digital collectibles may be entering the mainstream.

According to Greg Castronuovo, chief operating officer at global marketing services network Two Nil Holdings, NFTs have created a “unique opportunity for iconic brands and celebrities to cash in on the fast rising trend,” adding such efforts are particularly effective when tied to personalities or entities with rabid followings.

“It really comes down to the following of the talent, artist, or how iconic the brand or subject matter is,” Castronuovo told Insider. “Fans are more than eager to own what they perceive to be a unique piece of their favorite celebrity. The expression of that celebrity can manifest in many different ways.”

Stewart first started capitalizing on the NFT craze in October with a batch of collectibles tied to Halloween. After that success, Stewart dropped another collection of Thanksgiving “storytelling” NFTs this week, featuring audio clips of the business mogul and television personality discussing her favorite holiday memories.

“Storytelling is a bit of a lost art, so I am thrilled to be bringing it into the world of NFTs just in time for the holidays,” Stewart said in a press release about the collectibles, which were created in partnership with the NFT developer Tokns Commerce and are available for purchase on Stewart’s NFT boutique store, MarthaFRESHMint.com.

Rapper Ghostface Killah also jumped in on the trend, auctioning an NFT of his own at midnight on Black Friday . The “rare Pepe NFT” collectible is part of a series of vintage images tied to the Pepe the Frog meme.

But it’s not just celebrities who are cashing in on crypto. Viewers tuning into the Macy’s Thanksgiving Day Parade may have been surprised see not only classic performers like the Radio City Rockettes, but also several promotions for the retailer’s just-launched NFT collection.

Macy’s announced earlier this week it is auctioning 10 NFTs of imagery of its iconic parade floats over the decades, beginning with the first balloon in 1926. The top bid is currently going for nearly $70,000, and 10% of all proceeds will go to the Make-A-Wish Foundation.

Will Coss, executive producer of the Macy’s Thanksgiving Day Parade, said in a press statement that the foray into cryptocurrency served a way for the retailer to leverage the “unique place the parade holds in pop culture” while creating “art in a new form through NFTs that would bring the magic of the parade to a new generation.”

As an increasing number of Americans are exposed to NFTs and gain awareness of them, Castronuovo of Two Nil Holdings said we can expect to see more of these specialty NFTs from major names heading into the rest of the year and 2022.

“We’ve learned there’s a market for these NFTs and there will continue to be as long as the trust in the technology continues to drive more ‘fans’ to the platform and the currencies that back these assets persist and can be converted or sold seamlessly,” he said.