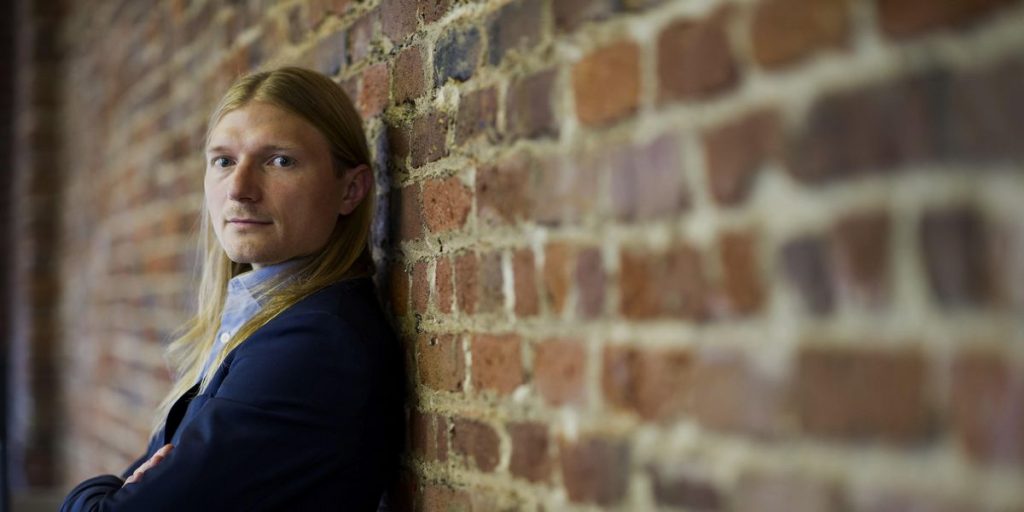 Kraken is the latest crypto exchange to join the NFT craze. The crypto marketplace announced Tuesday that it has opened a waitlist for Kraken NFT, where users can buy, sell and store their tokens.

The move follows rival Coinbase’s beta launch last month of its own NFT marketplace, which underlined the growing competition in the fast-growing sector that’s been dominated by OpenSea. The NFT market was estimated to be worth more than $40 billion in 2021.

Like Coinbase, Kraken is touting how it is aiming to make NFT transactions more user-friendly.

“Non-fungible tokens have redefined the concepts of digital expression, culture and ownership for creators and collectors alike,” Kraken said in a blog post. “But the fast-changing, complex ecosystem has made it difficult for many to join in the excitement of the space.”

Kraken said it will not charge transaction fees — known as gas fees when trades are on the Ethereum blockchain — on NFT trades on its marketplace, although it will charge them “when transferring NFTs and other crypto assets on and off” Kraken’s marketplace.

Coinbase does not charge sales fees on NFTs, but gas fees may apply based on “the amount of congestion on the Ethereum network,” Coinbase said.

Kraken said users will also be able to pay with cash or crypto for NFT transactions. Kraken supports more than 120 cryptocurrencies.

Kraken is the fourth-largest crypto marketplace, after Binance, Coinbase and FTX, according to CoinMarketCap. The company said it has more than 9 million clients, and recorded $601 billion in transactions in 2021 and about $112 billion so far this year.

Update: This story was updated on May 3 to include more details on Coinbase’s handling of NFT transaction fees.

Benjamin Pimentel ( @benpimentel) covers crypto and fintech from San Francisco. He has reported on many of the biggest tech stories over the past 20 years for the San Francisco Chronicle, Dow Jones MarketWatch and Business Insider, from the dot-com crash, the rise of cloud computing, social networking and AI to the impact of the Great Recession and the COVID crisis on Silicon Valley and beyond. He can be reached at bpimentel@protocol.com or via Google Voice at (925) 307-9342.

Just a year after Facebook began its attempt to pivot to audio — or hang onto Clubhouse’s coattails — the company is pulling the plug on its podcast hub and ditching Soundbites, its TikTok-for-audio feature.

In a heavily editorialized press release, Federal Communications Commission commissioner Nathan Simington shut down any talk of the agency stepping in to block Elon Musk’s acquisition of Twitter. “The FCC cannot, and should not, block this sale,” he said.

After 23 members of Congress signed a letter to the EPA imploring the regulatory agency to make sure crypto mining did not violate federal environmental regulations, a group of bitcoin evangelists including Block CEO Jack Dorsey responded in a letter Sunday saying that the lawmakers have all wrong.

A group of Amazon workers in the company’s massive Staten Island warehousing complex just failed to earn enough votes to form a union. Their loss — if certified by the National Labor Relations Board — follows on the heels of a sweeping victory in favor of unionization by a different and much larger group of workers in the same New York City complex.

Perhaps you’ve heard that batteries are in short supply. On Monday, the Biden administration announced that it plans to remedy the ongoing shortfall by providing nearly $3.2 billion in funding devoted to domestic lithium-ion battery manufacturing, processing and recycling.

Calfornia’s last nuclear power plant standing could get a new lease on life. California Gov. Gavin Newsom said he’s looking to score some federal cash that the Biden administration set aside last month to keep the country’s aging nuclear fleet up and running. That would help keep the carbon-free electricity flowing.

Google fired Satrajit Chatterjee, an AI researcher in the company’s Brain group who criticized a research paper on computers designing computer chips that was published in the scientific publication Nature last year and involved work from researchers in Google’s chip and Brain teams.

The creator of Bored Ape Yacht Club disrupted the Ethereum blockchain over the weekend after users rushed to buy its new virtual land NFTs, driving up transaction fees as the huge sales volume swamped the network’s capacity.

The Wikimedia Foundation will stop accepting crypto donations after months of pressure from members of the Wikipedia community. The foundation said on Sunday it will close its BitPay account, which facilitated crypto gifts.

Surprise, surprise: Democratic Sen. Joe Manchin threw cold water on yet another aspect of his party’s approach to climate policy. While the Biden administration has proposed expanding the popular electric vehicle tax credit, Manchin called the idea “ludicrous” during a Senate budget hearing on Thursday.

Elon Musk’s plans for Twitter are starting to take shape. The Tesla CEO told banks that he plans to slash pay for board members and executives in a bid to get funding for the acquisition, Reuters reported. Insiders also told Reuters that Musk presented ideas for monetizing tweets.

Three out of four tech workers plan to return to the office in some form this year. But many are worried about the health implications of doing so.

There are very few bills Gov. Ron DeSantis hasn’t signed from the Republican-controlled statehouse this legislative session. But on Wednesday, lightning struck after DeSantis vetoed a bill that would’ve removed incentives for rooftop solar power.

From Congress to climate activists, everyone is mad at the Postal Service’s plan to buy a bunch of gas-powered mail trucks. Now, the anger has manifested itself in a legal challenge: A host of environmental activist groups and 16 states are suing the agency for not electrifying its fleet.

The belt tightening appears to have started at Netflix: A number of journalists working for the company’s entertainment site Tudum have been laid off, according to tweets by those affected. A Netflix spokesperson told Protocol Thursday that there were no plans to shutter the site, calling it “an important priority for the company.”

Activision Blizzard shareholders overwhelmingly approved a planned sale to Microsoft on Thursday, with 98% voting in favor of the proposed deal. But while the outcome of the vote was largely expected, the real hurdle going forward will be clearing the Biden administration’s newly invigorated FTC under appointee Lisa Khan.