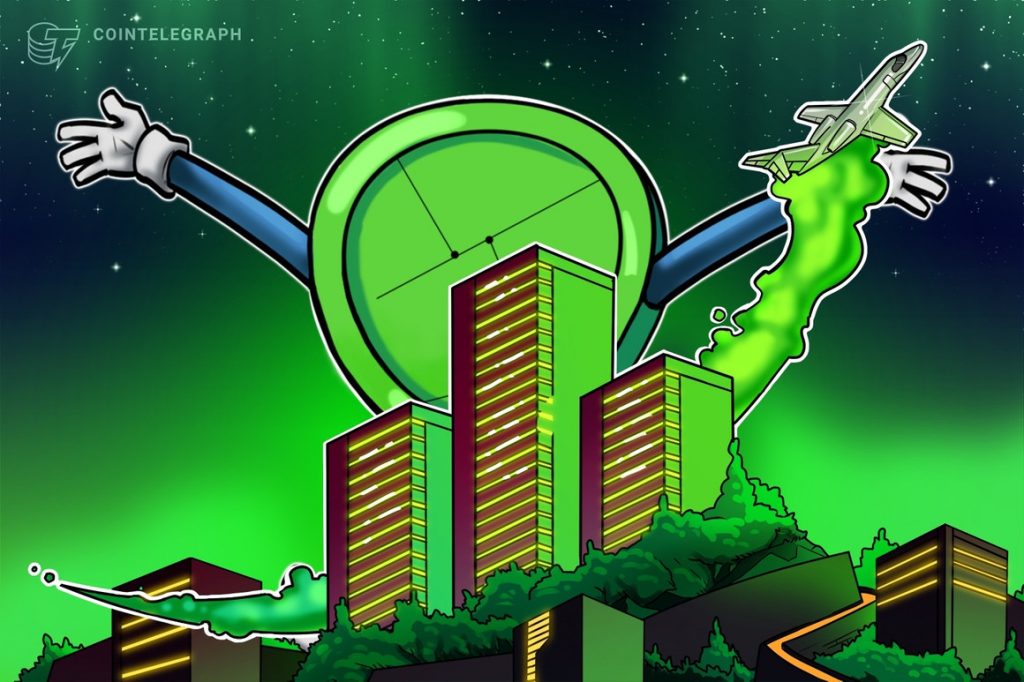 Spring is here and with it came a newfound awakening for nonfungible tokens (NFTs). In the last week of March, total sales volume rallied to $20 billion, but this metric took a dive from midApril to $17.6 billion.

However, on April 16, the newly landed Moonbirds NFT, pumped over $280 million worth of liquidity into the market and this, compounded with rumors of Yuga Labs’ Otherside land drop, sent the total volume sales for NFTs into a steady upward trend.

In the last seven days, the sector’s total market capitalization increased over 3% to approximately $18.6 billion and the total volume is up nearly 37% over $1.65 billion.

While it’s yet to be determined if the “a rising tide lifts all boats” saying will be true for the NFT market, liquidity could be circulating into blue-chip NFTs and soon-to-be released collections.

Blue-chip tier volumes have been muted, but for how long?

Liquidity has already been making its way to the top NFTs in total volume sales with the Mutant Ape Yacht Club (MAYC) seeing a more than 200% increase over the last seven days.

With the number of NFT holders and buyers increasing, projects and investors are looking toward building out ecosystems of mutual value.

RTFKT studios’ CloneX has been emphasizing that the next stage of development will center on ecosystem building. CloneX has been riding a steady wave, hovering at around 18 Ether (ETH) ($53,073). However, the mysterious MNLTH NFT, airdropped to all CloneX holders, has surged in the last seven days to over 11 Ether since it no longer is a mystery box. Its contents revealed Nike’s first-ever NFT CryptoKicks equipped with customizable features, a DNA vial for future forging events and a MNLTH2. For every MNLTH burned, the items acquired are currently worth at least $26,000. A Murakami RTFKT Skin Vial also recently sold for 72 Ether ($212,976)

While some projects are centered around ecosystems, others are focusing on shared interests and exclusivity.

PROOF Collective, created by Kevin Rose, is a members-only project that launched Moonbirds NFT and many traders were shocked by the $354 million in volume generated in less than a week. Surprisingly, Moonbirds nearly flipped blue-chip tier NFTs like Doodles for total volume.

NFT denizens have been vocal about the legitimacy of its explosive growth, especially after announcing the NFTs that were gifted to notable celebrities like Jimmy Fallon, Steve Aoki, Pussy Riot, the New York gallery and Springberg Gallery, to name a few.

Despite some NFT collectors speculating that Moonbirds would remove liquidity from the market, data shows the opposite to be true. In 24-hours, the total volume of sales on OpenSea increased by nearly three times from $66.7 million on April 15 to over $177.5 million when Moonbirds launched on April 16.

To date, NFT prices continue to see an upward trend and blue-chip tier NFTs have seen a boost in total sales volume across the board. Although there is a divide in sentiment regarding the Moonbirds phenomenon, it could have been the liquidity boost the market needed.

Related: Is the surge in OpenSea volume and blue-chip NFT sales an early sign of an NFT bull market?

NFT projects gearing up for launch

Run-of-the-mill NFTs have grown stagnant and the overall market sentiment has shifted gears from traditional roadmaps and quick-flips to strategically investing in projects and teams who are set to deliver for what investors believe will be years to come. NFT investors are keeping their eyes peeled for projects that can seamlessly intersect culture and community while providing value.

As such, creators and developers are once again steering away from static PFPs and aiming to bring more dynamic features to respective collectors.

Take for example, Anata NFT, which launched on April 21 and is a collection of 2,000 avatars that are created for its owner to embody. Anata NFT uses a webcam to track and mimic facial expressions and other movements and the anime-inspired NFT is suited for the Web3 pundit who takes their anonymity seriously.

Auctions may be the new standard for NFT drops, as the most recently hyped NFT collection, Akutars, launched its public mint. In true Dutch auction form, every bidder pays the same price as the (last) lowest bid. Bearing this in mind, Akutars started its utch auction at 3.5 Ether ($10,552) and closed at 2.1 Ether ($6,211).

However, a white hatter revealed that the contract was not properly written and was susceptible to exploit, and froze funds as to confront the Aku team developers about their mishap.

As a result, all it took was a misplacement of one line of code for $34 million to be locked indefinitely. The team has since acknowledged its shortcomings and has proceeded to distribute funds to all bidders, including the 0.5 Ether discount granted to all Aku Mint Pass holders who placed a bid.

$34 million, or 11,539 eth, is permanently locked into the AkuDreams contract forever. It cannot be retrieved by individual users or by the dev team.

The refund processing, which is complete, sets each bid status to 1. pic.twitter.com/6GnQPnddC6

The Aku Mint Pass NFT grants each owner an Akutar. Its all time-high rose over 4 Ether ($12,060) suggesting the community could price this in when the PFPs hit the secondary market.

Sleeping giant Ragnarok is what seems to be a PFP collection intended to unlock access to its game-like metaverse. The multiplayer online (MMO) will combine elements of lore, Web3, social features and role-playing games and is set to launch on April 27.

The dynamic NFTs are projected to enable owners to trade, earn and own digital real estate, and the public sale will be 4,500 Ronin Zeros at a Dutch auction that will begin between 0.5 Ether and 0.1 Ether.

With new and old liquidity circulating in the NFT market, and highly-anticipated projects waiting to launch, it will be interesting to see where collectors make their consolidations and take their convictions.