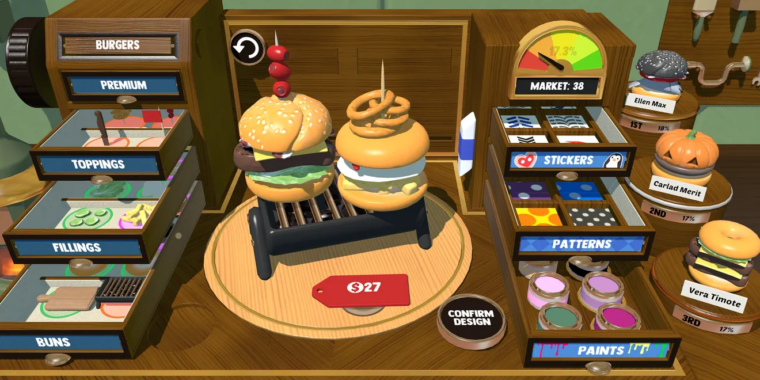 On Saturday, Peter Molyneux’s 22cans studio and blockchain gaming company Gala Games announced the first limited land sale in Legacy, an NFT-powered game being sold as “a creative entrepreneur’s dream come true.” Less than a week later, early player-investors have already poured over $54 million into the virtual-land non-fungible tokens that make up the game, which isn’t expected to launch until sometime next year.

Described as “the first ever Blockchain Business Sim,” Legacy lets players design in-game products and buildings that are then manufactured by virtual workers in in-game factories. Players can trade those items with other players in an “open market” and compete in in-game competitions for “leaderboard positions and big prizes” (denominated in the game’s own LegacyCoin cryptocurrency).

To participate in that in-game economy, though, you’ll have to be a Legacy landowner. Currently, that means purchasing one of 4,661 available plots of land in a virtual recreation of London using the Gala Games marketplace (it’s unclear how many more plots of Legacy land will eventually be made, if any).

More expensive pieces of land come with the ability to grow your business with “Business Partners,” theoretically increasing your in-game creation and earning potential. Landowners can also act as landlords by using “Legacy Keys” to loan out a portion of their land to others, earning some of the lessees’ takings as passive income (more expensive land comes with the ability to earn more Legacy Keys). And owners of land rated as “Rare” or higher (starting price: 4.55 Eth, or $18,576) are promised access to the game’s Beta test, while the purchase of “Legendary” land (30.33 Eth or $123,838) grants access to the game’s coming Alpha test.

The potential of “pay to earn” gameplay exemplified by Legacy‘s planned design doesn’t require NFTs in any real sense. Virtual spaces like Second Life and games like Counter-Strike GO and Eve Online have been officially supporting versions of the same idea for years, to name just a few. These games all manage their robust in-game economies using the same centralized servers that power the game itself.

While the Legacy NFTs can technically outlast the Legacy game and the companies that run it, it’s unclear what long-term value they’ll have if the game itself becomes unplayable. By using NFTs, though, 22cans and Gala Games have latched onto the buzzy tech trend of the moment, attracting additional early interest from investor-players eager to get in on the ground floor of a game that is currently barely a design document.

Using the Ethereum blockchain also means that LegacyCoin transactions will use a lot of energy and could lead to much more environmental harm than a centralized database would produce. On its Legacy land sales page, Gala writes that it is “committed to the health and safety of our planet” and “committed to becoming and staying carbon negative.” To that end, the company promises to plant a tree every time you make a purchase on the site.

Technology aside, whether players’ early investment in Legacy pays off depends almost entirely on whether or not the game can attract a dedicated and growing base of players who are willing to invest additional money into the ecosystem (either to get in-game benefits or for purely speculative purposes). Early NFT gaming startups like Axie Infinity have shown that even extremely basic games can ride their “pay to earn” potential to significant success.

But a detailed analysis of that game’s in-game economy from research firm Naavik suggests that this economy depends heavily on a still-growing player base and could fall apart if the player count starts to shrink. Focusing on successes like Axie Infinity also obscures the many other play-to-earn NFT games that never attract a significant audience in the first place or vanish before launching at all.