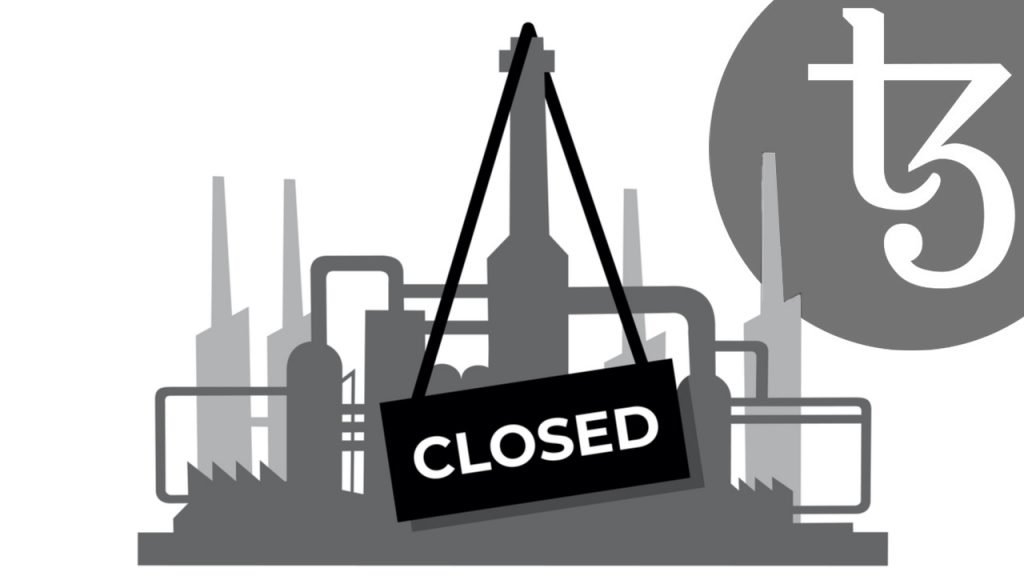 After becoming one of the top non-fungible token (NFT) marketplaces, the Tezos-based NFT market Hic et nunc has discontinued its services. After more than $50 million in all-time sales on the market, Hic et nunc’s creator has not disclosed why the NFT marketplace was shut down.

A popular non-fungible token (NFT) marketplace that leveraged the Tezos network has closed down its business and has not explained why. The now-defunct NFT market is called Hic et nunc and it was one of the top twenty NFT markets in terms of all-time sales. At the time before its closure, dappradar.com metrics show Hic et nunc was the 14th largest NFT marketplace in terms of all-time sales.

At press time, the Hic et nunc front end is not operating and it gives a server error explaining that the server cannot be found. Although, other affiliated links like hen101.xyz are still operational. The marketplace’s official Twitter account “@hicetnunc2000” is also still working and the account shared two messages about closing without much explanation.

wow discontinued? sad to see it go. It was a cool ass platform. https://t.co/nYLRCOGzKF

The first is the Twitter account’s bio now says “discontinued” and alongside this, the account tweeted the market’s smart contract address. Furthermore, no one can respond to the tweet as the owner has replies shut off. Statistics show that Hic et nunc saw $50.37 million in sales to date and the average sale on the marketplace was $25.19 per NFT. The marketplace also had around 48,346 traders before closing down shop.

Lack of Explanation Gets Criticism

The myriad of Twitter replies to Hic et nunc’s official Twitter message are not very kind and people are upset that the market simply shut down with no reason behind the move. Some tweeted that the platform pulled a ‘rug pull,’ some said it was the “Wild West days,” while others accused the market of getting hacked. According to one person, Hic et nunc’s creator dubbed ‘Raf’ was upset about some messages he received.

“Raf is (thinking) of discontinuing HEN (even [though] he changed Twitter bio right away),” one individual wrote on November 11. “He got upset about some messages then decided this on a whim.”

Every single piece of data is still on the blockchain, it’s one of the most beautiful things in the decentralized world(especially Tezos).

Two days later another person speculated on the cryptic message Hic et nunc wrote on Twitter. “I’ve been thinking about this and I think I understand why this is the last post on this account,” the person said. “Hic et nunc was never the website: Hic et nunc is the contract. The contract lives forever.”

Still, many others were very confused about the last tweet and what it actually meant. “This was the last tweet HEN sent out. Does anyone know what this means?” another person asked.

**Editor’s Note: This post was updated at 3:30 p.m. (EST) to reflect the claims that there are mirror websites people can leverage to access Hic et nunc, but some are still confused about the “safety/intent of some of them.” Tags in this story