Punks Comic 2 Sells Out Fast: What You Need To Know About The New Comic NFT Starring CryptoPunks And Bore – Benzinga 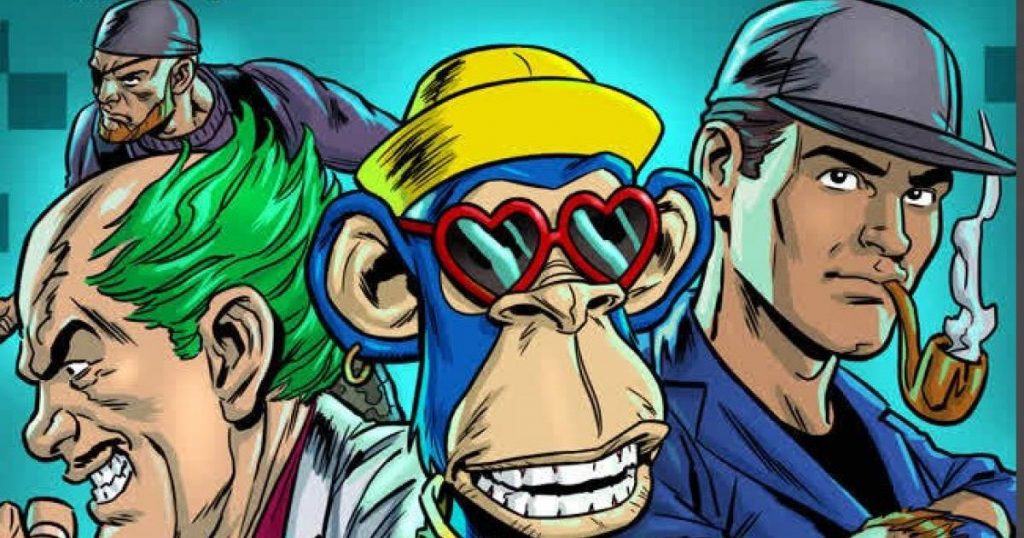 What Happened: Pixel Vault released PUNKS Comic Issue #2 “X Marks the Spot” Friday. The issue was sold for 0.10 Ethereum (CRYPTO: ETH) each. People were limited to minting 20 per transaction.

The first release of 10,000 main edition PUNKS Comic Issue #2 sold out in the first hour of the early release.

“Our tale resumes as Courtney and the PUNKS must work alongside the 8 Elite Apes to defeat the nefarious Frank Lopez and score a legendary bounty. This tale features a new Ape on the scene, Indigo Herz, in their first adventure through the Metaverse,” the description of the issue reads.

The comic teams PUNKS with Bored Ape Yacht Club and Gmoney to lead Adidas Originals into the Metaverse. The issue follows an announced partnership between Pixel Vault, Gmoney and Adidas AG (OTC:ADDYY).

Some members of the Pixel Vault community and NFT community were upset they did not get the chance to mint the comic due to the early sellout. Pixel Vault founder GFunk hosted a Twitter Space Friday to address feedback and complaints from the public.

“Today was both an amazing and very tiring day. I take all of your feedback seriously and we will continue to improve with each project. I am here to listen. Your support has helped my dream to be a reality,” Gfunk tweeted.

Future releases of PUNKS Comic Issue #2 will include a second release of 6,000 Elite Ape Collectors’ Editions. This edition will feature eight different covers, with 750 NFTs of each cover. A third release of 3,000 Main Edition Issue #2 will be free for Issue #1 minters.

Related Link: PUNKS Comic: What You Should Know About This Surging NFT That’s Attracting Venture Capitalists

Why It’s Important: The second issue in the series follows the successful issue #1 “The Hunt for the Lost Robbies.”

The first comic followed 16 PUNKS on a “quest to capitalize on the metaverse revolution through enigmatic relics of crypto art history.”

Issue #1 was launched in May with a mint cost of 0.2 ETH, or around $720 at the time. Those who bought the first issue have been rewarded with additional mints and airdrops along the way as part of the Pixel Vault NFT ecosystem.

Owners of PUNKS can stake or burn their comic after purchase. Staking a comic gets a user $PUNKS tokens over a 24-month period and fractional ownership of 16 CryptoPunks valued at 600 Ethereum when the comic launched.

Users who burn their comic get a Founder’s DAO, which gives ownership of $PUNKS tokens and other crypto assets.

As reported earlier this year, PUNKS Comic are seeing demand from NFT collectors and investors, including venture capitalists.

A burning mechanism and new NFT launches in addition to the PUNKS Comics are attracting more people to Pixel Vault.

“When an NFT creates a return stream to the owner, the NFT can be valued on tangibles rather than intangibles,” Clinton said.

The long-term goal of Pixel Vault is to release a video game centered on the MetaHero Universe.

GFunk told Benzinga that the MetaHero Universe is expected to take “quite a bit of time” to fully develop, however the team plans to “stagger it intelligently” so people can experience the game as it’s developed.

GFunk expects that Pixel Vault is about a year from releasing a functional game incorporating the NFT characters.

GFunk told Benzinga those who are willing to be patient with the MetaHero Universe project will be rewarded in the same way those who believed in the vision for PUNKS Comics and bought in early have been rewarded.