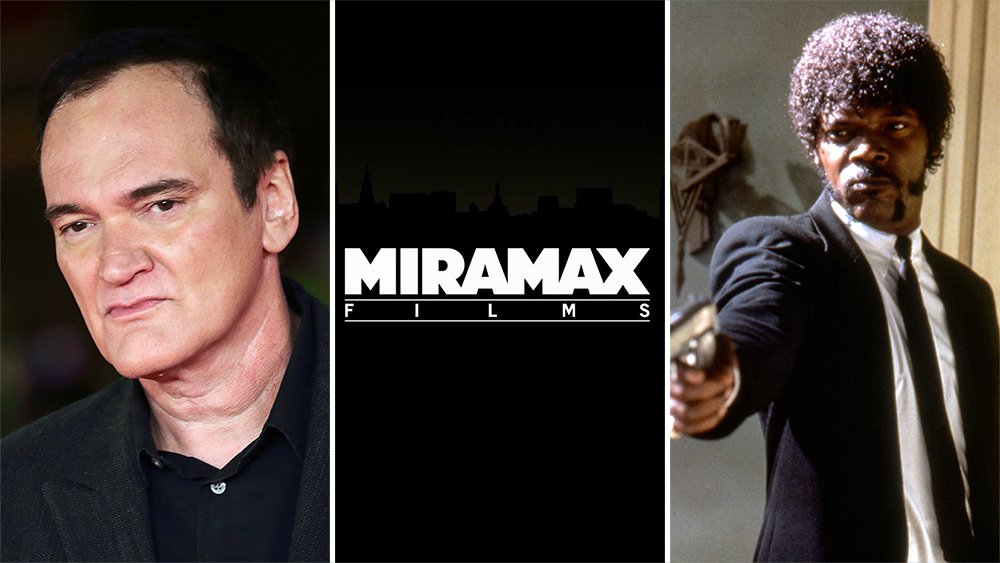 What started out a bit of a royale with cash cheese might become a legal battle royale between Quentin Tarantino and Miramax over the director’s plans to auction off Pulp Fiction NFTs.

Or as Samuel L. Jackson’s Jules said in the iconic flick: “Mmm, this is a tasty burger.”

“Eager to cash in on the non-fungible token (‘NFT’) boom, as widely reported in the media, Quentin Tarantino recently announced plans to auction off seven ‘exclusive scenes’ from the 1994 motion picture Pulp Fiction in the form of NFTs,” proclaims Miramax in a breach-of-contract and infringement lawsuit filed today in federal court in California (read it here).

The Oscar winner announced his foray into the digital art world at the NFT.NYC conference this month. No date has been laid down for the auctions, but we do know that Tarantino’s NFTs are set to be seven scanned digital copies of his handwritten original scripts with audio commentary. However, one cease-and-desist letter later, the company that Harvey Weinstein co-founded is looking for statutory damages and declaratory and injunctive relief in a jury trial.

“Tarantino’s conduct has forced Miramax to bring this lawsuit against a valued collaborator in order to enforce, preserve, and protect its contractual and intellectual property rights relating to one of Miramax’s most iconic and valuable film properties,” according to the 22-page complaint filed by lawyers at Proskauer Rose LLP about the director’s career-making second film, starring Jackson, John Travolta, Uma Thurman, Ving Rhames, Tim Roth and a punchy Bruce Willis.

“Left unchecked, Tarantino’s conduct could mislead others into believing Miramax is involved in his venture,” the suit states. “And it could also mislead others into believing they have the rights to pursue similar deals or offerings, when in fact Miramax holds the rights needed to develop, market, and sell NFTs relating to its deep film library.”

Tarantino’s reps couldn’t be reached for comment on the lawsuit. However, Tuesday’s filing does reveal that the director’s own lawyers told Miramax that they “contended that Tarantino was acting within his ‘Reserved Rights,’ specifically the right to ‘screenplay publication’ with the NFT plan.

Clearly Miramax begs to differ on what it sees as a one-time transaction not covered by any of QT’s Pulp Fiction rights. Or as Jackson’s assassin deluxe Jules would say: “I’m sorry, did I break your concentration?”