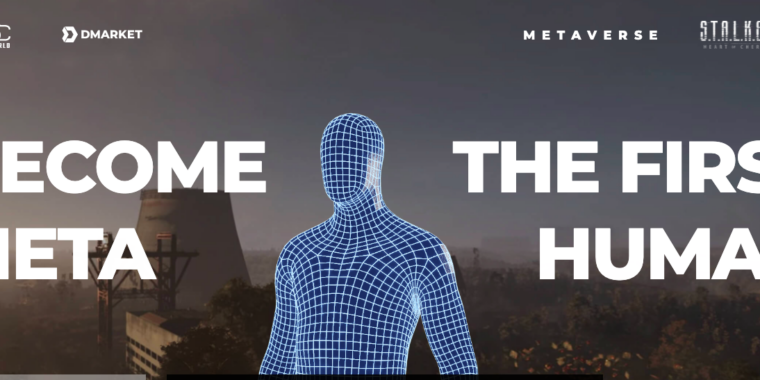 Reversal comes less than 36 hours after announcement: “If you care, we care, too.”

S.T.A.L.K.E.R. 2: Heart of Chernobyl developer GSC Game World is quickly backing off plans to integrate non-fungible tokens into the upcoming game, a decision that came just a day after announcing the idea and hours after the company publicly defended its position on Thursday.

The short saga of S.T.A.L.K.E.R. 2 NFTs started Wednesday morning, when GSC Game World announced it was partnering with NFT marketplace Dmarket to offer “the rights to certain unique items” to players via NFTs. To start, the company planned to auction off three NFTs that represented the opportunity to be inserted into the game as a “metahuman” NPC through the company’s photogrammetry scanning process.

In an interview with WCCFTech, GSC Game World CEO Evgeniy Grygorovych said that after the initial auction, “the owner of the metahuman will be able to trade the right to be a metahuman [NFT] until a certain date before the official game release” (that release is planned for April 28, 2022). In February, a second planned NFT drop would have offered vaguely defined and “highly secretive genesis packs” that “won’t influence the gameplay itself or give in-game advantages over other players,” Grygorovych said.

In a since-deleted tweet posted Thursday afternoon (archived here), GSC Game World defended its decision to use NFTs. “Just like all other devs, we need two main resources: time and money,” the statement read, in part. “All the funds that we earn during the development process (including the potential income from NFT) will be spent on improving the long-awaited game to make it even better.”

The company clarified that its NFT plans included in-game “gloves/tattoos/skins/badges” for the multiplayer mode, the rights to put your character nicknames on in-game decorations like “desks/walls/etc.,” and “collectible cards” that wouldn’t actually be integrated into the game at all. All those NFTs would be completely optional, the company wrote, and could “be activated only before the game’s release… We are eager to do NFT right.”

GSC Game World wanted to give “certain fans an opportunity to get into the game without interfering with other players’ experience,” the company wrote.

Apparently, that statement did not calm the anti-NFT sentiment among potential players. A few hours after deleting that tweet, GSC Game World posted a Thursday evening follow-up, saying, “We hear you. Based on the feedback we’ve received, we’ve made a decision to cancel anything NFT-related in S.T.A.L.K.E.R. 2. The interests of our fans and players are the top priority for the team. We’re making this game for you to enjoy—whatever the cost is. If you care, we care, too.”

GSC Game World’s reversal on NFTs comes after popular gaming chat platform Discord also publicly backed away from its own hinted plans at NFT integration last month, with founder and CEO Jason Citron saying in a statement, “Web3 has lots of good but also lots of problems we need to work through at our scale.”

Plenty of other established gaming companies are still plowing ahead with NFT plans, though. Ubisoft has already distributed the first free in-game items through its baffling Quartz NFT system. That decision led French trade union Solidaires Informatique, which represents some Ubisoft employees in France, to issue a statement calling the company’s plan “a useless, costly, ecologically mortifying technology” that has been “widely criticized by our players, bringing no improvements [or] benefits to our games.”

“You like dividends, subprimes, financial derivatives, crises, speculation, fast trading, money laundering, etc.? This is the assured and unspoken promise of NFT,” the group wrote. “We are far from the enjoyment of video games.”

Peter Molyneux’s 22Cans has also attracted attention this month for selling over $54 million of virtual land in under a week as part of the company’s upcoming NFT game Legacy. But the last few of the game’s more than 4,600 tracts of virtual land seem to be selling slowly; 121 are available as of this writing, down only slightly from 140 available about 24 hours ago.