Sports NFTs: Fad or Fixture? An explanation and peak into the future – American Football International 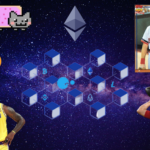 In August of this year, one lucky sports fan sold a vintage baseball card from 1911 Baseball Hall of Famer Honus “The Flying Dutchman” Wagner for a whopping $6.6 million.

In the digital world, a February 1st picture of NBA star Lebron James throwing down a signature tomahawk dunk has been transformed into an official sports NFT. Currently that NFT is priced at over $21 million dollars. Technically speaking, an NFT or Non-Fungible Token, is something that is inherently unique and can’t be replaced, or “non-fungible”. For example, a one-dollar bill is fungible as it can be traded for another and always have the same value. However, a valuable baseball card such as that of Honus “The Flying Dutchman” Wagner is one of a kind and therefore non-fungible.

These NFT’s are typically traded online using the Ethereum blockchain. The Ethereum cryptocurrency fuels the blockchain which verifies purchases using a massive database of decentralized transactions. The blockchain is able to guarantee the proof of ownership and authenticity of the NFT through its vast record of stored transactions. A depiction of the Ethereum blockchain Photo CB Insights

So, who’s buying these?

Apparently, quite a few sports fans and investors have caught the trend as the NFT market currently sits at around $17 billion. One of the biggest sports NFT marketplaces is Dapper Labs. The group, much like the rest of the industry saw its annual sales double to over 700 million last year. Earlier this year, weekly sales of NFTs reached over $138 million. Mckinsey analyst Dan Singer commented on the recent explosion of sports NFTs

“Sports NFTS are a movement not a meme” Buyers see the NFTs as a win-win investment. They are able to engage with the sports they love while collecting a potential asset that could be worth a fortune as the industry develops. Overall, Mckinsey & Company’s research showed that NFT buyers are a diverse group, made up of tech-lovers, collectors, and speculative investors. Investor Alexis Ohanian on the benefits of investing in sports NFTs:

The NFT craze seemed to take off this past spring as the NBA began monetizing the trend with “NBA top Shots”. There, sports-crazed investors spent millions on short clips, gifs, JPEGs, and other NBA-related NFTs. The site’s business went through the roof as thousands of fans forced home by the pandemic discovered a new way to engage with the league. In less than a year the site has made over half a billion dollars in sales.

NFT’s sold, included a Zion Williams blocked shot, a Derrick Rose layup, and a host of other memorable NBA moments from the past season. Most notably, a Lebron James dunk took the cake selling for $230,023 in August.

The tech tortoise of the NFL slowly lumbers behind the innovative NBA, recently beginning to dip its toes into the NFTs warm waters. In late September, NBA partner Dapper Labs announced an agreement with the NFL and NFLPA collaborating on NFTs. The NFL’s NFTs are geared for fans looking to engage in the league, using short video clips, creating a gridiron version of the NBA’s Top Shots. Joe Ruggiero vice president of the NFL’s consumer products on the historic NFT partnership.

“We are thrilled to partner with Dapper Labs in its launch of the NFL digital video collectibles. We believe blockchain technology has great potential to enhance the NFL fan experience in the future.”

Tom Brady’s NFT on the “Autograph”

One of the league’s most prominent players Tom Brady is staying with the trends both on and off the field, as the 44 year-old is diving headfirst into the tech-heavy industry with his own NFT company. Simply named the “Autograph” Brady and other high-profile athletes such as Usain Bolt, Wayne Gretzky, Tiger Woods, and teammate Rob Gronkowski have their own NFT’s for sale.

As world-renowned economist, Campbell McConnell would put it “there is no such thing as a free lunch”

In most cases in order to buy NFTs, investors will have to use the cryptocurrency Ethereum. While crypto has grown rapidly over the last year, the barrier to entry is still one that could turn away a plethora of potential buyers.

These high transaction fees’ or “gas prices” drive the costs up. Much like inflation in the supermarket, the surging fees also cost producers as the expense of minting and selling NFTs increases. The high price of production is then passed on to buyers. Now, those sports fans are looking at paying a multiple over market value.

Spending hundreds or even thousands of dollars on NFTs can be a tough sell for your average sports fans. While Shaquille Oatmeal might be appealing to breakfast or Big Diesel enthusiasts, spending over $100 on the file will turn most fans away.

One way sellers have adapted is by adding tangible items or experiences as part of the NFT, such as a meet and greet with a player, a signed jersey, or access to an exclusive group of buyers.

While it’s impossible to predict the future, Ethereum, along with other cryptocurrency blockchains such as Cardano, Solana, or Avalanche, are working to reduce the transaction fees and open the market back up to a host of buyers. In the short term, when prices do drop, expect another boom in the NFT marketplace.

With pro leagues such as the NFL, NBA, and MLB investing in the digital space, fans can look forward to seeing a crossover of both digital and tangible NFT’s being used as a marketing tool to engage fans in the near future. However as stated above, the NFT space will follow the unregulated, volatile, and overall unpredictable world of cryptocurrency.