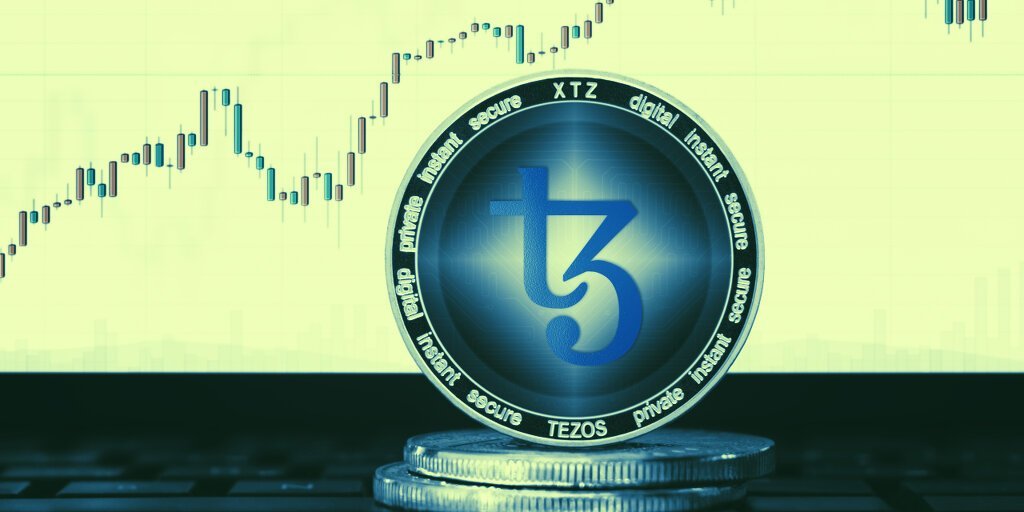 Markets are reacting favorably to this morning’s announcement that Ubisoft would become the first major video game publisher to create in-game NFTs.

Shares of the French company are trading 4% higher today. But Tezos, its blockchain partner, is the real winner. The price of Tezos’ natiive XTZ coin spiked on the news, increasing by 37% in the last 24 hours. It traded as high as $5.48 after dipping below $4.00 on Monday, according to CoinGecko.

Ubisoft, maker of the games Assassin’s Creed and Prince of Persia, announced its new Ubisoft Quartz platform would enable players to buy and win in-game items that are minted as Tezos NFTs—the digital tokens representing ownership of an asset. The non-fungible tokens will make their first appearance in Tom Clancy’s Ghost Recon Breakpoint.

The integration of NFTs could increase the feeling of investment players have in games while laying the groundwork for interoperability between games and secondary markets to profit off of rare items.

Tezos’ coin price may have been further abetted by an announcement later in the morning contending the blockchain had increased its per-transaction energy efficiency by 70% or more. In short, it costs much less to send and receive XTZ—or make other transactions on the network, such as buying NFTs—than it used to.

That should take some of the sting out of criticisms from gamer circles that NFTs are bad for the environment because they require the unnecessary production of electricity to generate—though the cultural value of video games is equally up for debate.

Tezos and Ubisoft sought to head such arguments off at the pass, peppering the press release with distinctions between the proof-of-stake blockchain and its energy-dependent cousin Bitcoin, arguing that transactions on the former use “more than 2 million times less energy” that those on the latter.