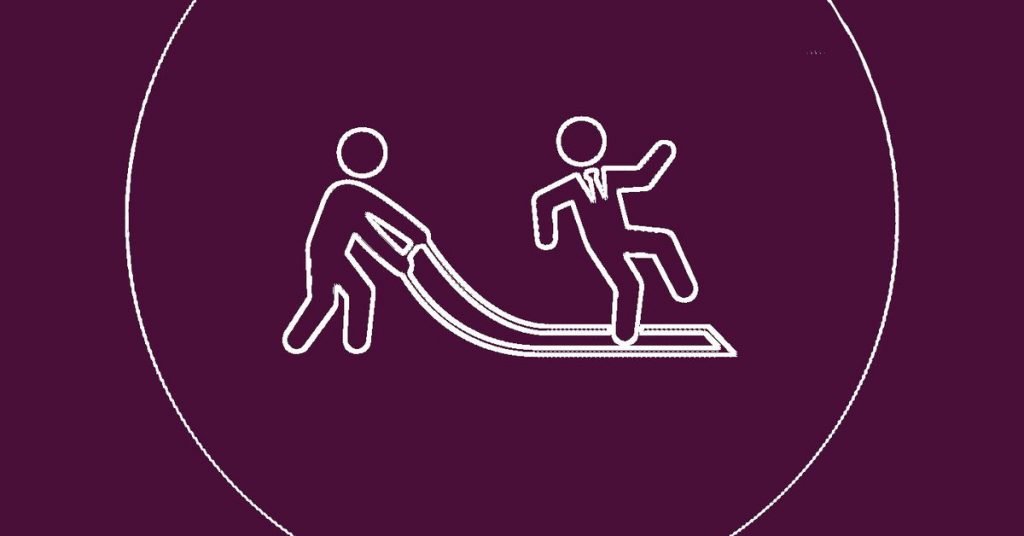 “Scams” has become a synonym for NFTs lately.

With marketplaces overwhelmed by fraudulent projects, many collectors of non-fungible tokens have suffered from maybe the most notorious method of all, rug pulls, where the creators of a digital asset ditch the project and abscond with investors’ funds.

An environment filled with FOMO (“fear of missing out”), inexperienced buyers and mischievous individuals trying to take advantage of them, has hurt the credibility of those who are trying to help this sector grow.

On April 10, out of nowhere, the team behind a play-to-earn game called “CryptoFighters Alliance” posted a thread on Twitter about a new token standard they created: ERC-721R. In just three days they managed to generate a lot of stir, receiving over 1,330 organic retweets and 3,000 likes, with a mix of praise and criticism.

Meanix is a 21-year-old self-described “all-out NFTs fanatic, halfway between blockchain and music.” He welcomes reader feedback on Twitter or Instagram.

The offer of a refund guaranteed by the ERC-721R standard could prove to be a new starting point for this market, offering greater security to buyers and greater legitimacy to creators.

But is it worth the hype? Let’s find out.

What is the CryptoFighters Alliance?

CryptoFighters Alliance was launched in 2018, before Web 3 became a thing, as the team boasts, but has flown under the radar since then. What looks to have been a poorly performing project, neglected by the team from 2018 until the middle of 2021, is now rising from the dead, reanimated by their newest invention: ERC-721R.

On their communication channels, the CryptoFighters team emphasize the fact that they’ve been around for many years now and have proof of their longevity. And people are buying it. But is their early year of release enough to give the project credibility or is this new standard just a marketing stunt? It’s hard to tell. With a clearly visible gap of a couple of years in their activity, one can argue that the team behind CryptoFighters was not involved enough.

Nevertheless, this doesn’t mean ERC-721R is not valuable. With the developer behind it fully doxxed and with some high-profile individuals such as NFT influencer Zeneca.eth praising the initiative, this could be a new beginning for CryptoFighters Alliance and the entire non-fungible token market.

Not everyone was impressed, however. The Twitter account known as Popeye, who has over 149,000 followers, claimed that ERC-721R “has so many fundamental flaws”.

With some trying to get their hands on as many ERC-721R NFTs as possible, FOMO-ing in on the idea that whoever uses this new standard first will become the alpha dog, scrutiny of the standard is warranted.

Before moving forward, for those of you who don’t know what ERCs are yet, here’s a quick summary.

ERC is an acronym for Ethereum Requests for Comments. ERCs are proposals made by the community of developers that build applications on top of the Ethereum blockchain. Anyone can make a smart contract, but the ERCs have the purpose of increasing standardization, allowing predictable communication between the ecosystem’s applications.

ERC-721R is the latest development on top of the ERC-721 standard for NFTs, one that incorporates the fee-saving capabilities of ERC-721A, its predecessor, as well as an additional security feature.

According to the standard’s official website, ERC-721R “adds trustless refunds to NFT smart contracts allowing minters to return the NFTs minted at a cost within a given refund period.” Supposedly this will prevent quick rug pulls, a common type of scam.

ERC-721R is a template that contains a mechanism that locks the funds transferred to a smart contract for a fixed number of days, called the “refund period.” During that period, all minters – meaning the primary buyers who purchase NFTs directly from their creators – can get their money back, while the owner of the smart contract can’t withdraw any or most of the funds from the wallet.

On the surface, ERC-721R sounds like a dream for any NFT collector, but let’s go back to the fundamental flaws Popeye was talking about.

In the same tweet as the one mentioned before, Popeye underlined the possibility that some people might “max mint” and initiate a refund “the second they can’t sell their remaining tokens above floor price,” the lowest price for an item from a collection. In theory, this could prove to be incredibly harmful for numerous genuine projects early on, putting a lot more risk on the shoulders of entrepreneurs and artists.

On the other side of this argument, it needs to be mentioned that the smart contract owners can set the refund price lower than the mint price, which could lead to buyers not getting their full investment back anyway. This option would still give collectors a sense of stability and relief because, in the worst case scenario, they don’t lose it all, but it also protects genuine projects from flippers and potentially large unjustified refund rates.

Also, at the time of writing, ERC-721R is in beta testing, so the standard gives no option to the creators to withdraw any percentage of the funds from the smart contract during the refund period.

Nevertheless, according to ERC-721R’s GitHub code repository, the standard should see more complex implementations in the future, such as:

Advantages of ERC-721R for creators

As far as sellers are concerned, the main advantage of using ERC-721R would be the increased credibility, allowing them to build confidence in the market. Also, since the new standard guarantees that the creators take more responsibility, we might see potential buyers leaning towards ERC-721R projects more in the future.

The refund mechanism also creates a new dynamic while still active because the floor price of the collection is unlikely to fall below the minting price. Until the refund period ends, or a large number of the original holders sell their NFTs, no minter will choose to sell the token below mint price if the refund price is equal and guaranteed.

Finally, the redemption period and other features of the NFTs can be chosen independently by the creators. ERC-721R is just a template and, as mentioned earlier, you can follow it as written, or tweak it to your liking.

Advantages of ERC-721R for buyers

As a collector you can now get a refund within a given timeframe for the NFTs bought. So, for all buyers, ERC-721R should be the proof of security, offering a better protection against scams. It’s essentially a lifeline for anyone investing in this space.

You can still be lied to, though!

As @prishalness, a good friend of mine who’s also a developer, has pointed out to me, creators can claim they are using ERC-721R, but the smart contract developer could still implement a secondary withdrawal feature for example, one that bypasses the refund period protection.

For your safety, DYOR – do your own research – and dive deeper into the team’s background before jumping into any project.

With Prishalness’ help, I created a chart to help readers understand the differences between ERC-721 standards easily and make more educated decisions when setting out to purchase NFTs on the Ethereum blockchain.

In its current state, ERC-721R seems to be a cool idea with potential to destroy a project, but it could be a tweak or two away from becoming industry standard.

As Elie Steinbock, the developer behind the ERC-721R standard, has said, “The reality is we have refunds in [Web 2], and it works great for businesses that use it […] Because [the] vast majority of people don’t request [a] refund”.

The market demands increased accountability on creators’ part and greater security for buyers. It looks like ERC-721R might turn out to benefit both creators, giving them credibility, and investors, giving them better protection. But only time will tell how effective the new standard will be against scammers and if creators will adopt it massively.

Meet me at the finish line,