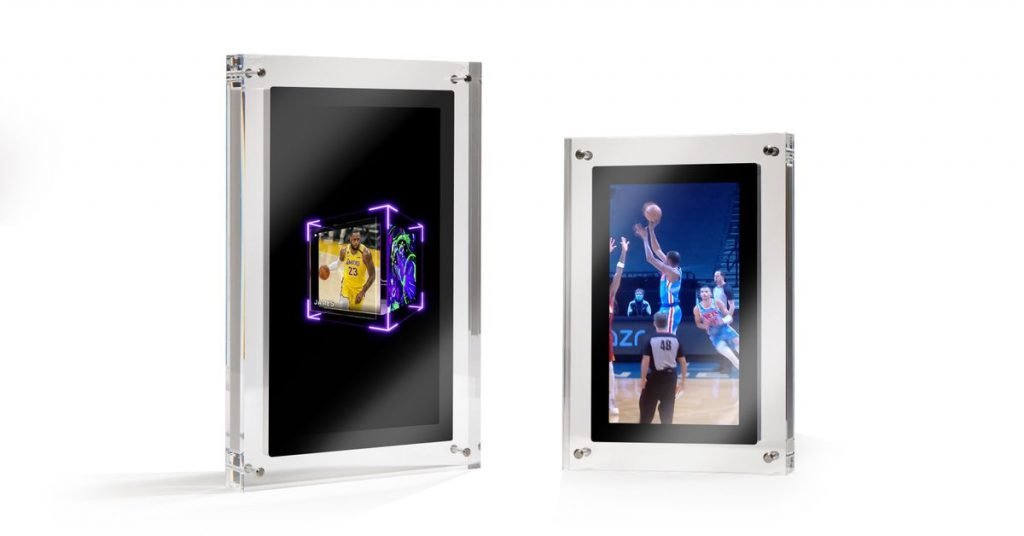 NBA Top Shot moments are one of the most high-profile NFT successes so far, part of the initial early hype wave for the blockchain-based art that’s become one of the biggest buzzwords of 2021. And thanks to a new partnership with Infinite Objects, Top Shot owners will soon be able to immortalize their favorite clips in the real world with officially licensed looping video frames from Infinite Objects.

Starting today, Top Shot owners will be able to log into Infinite Object’s portal, connect their Dapper account, view all their currently owned moments, and order a “Video Print” of the clip. Only the owner of an NBA Top Shot moment will be able to buy an Infinite Object frame with the associated video clip on it, and each frame will come with a QR code and holographic sticker to attest to its authenticity. Right now, all Top Shot moments are eligible to be printed except for those featuring retired players or those with WNBA clips (Infinite Objects says its still working out the licensing there.)

The official frames — at least in theory — answer a major question about Top Shot moments (and NFTs in general): what to actually do with the digital artwork once you’ve bought it. And Infinite Objects is also working to enable “printing” other NFTs from artists outside of the NBA in the future, too. That said, there’s nothing about the Infinite Objects prints that would prevent you from ordering a video print and then selling the NFT while still having the art on display in your living room.

Infinite Objects is a natural fit in a lot of ways for bringing NFTs into the real world — the company’s “Video Print” frames launched back in 2019 as a way to bring collectible digital GIFs and videos off the internet, long before the current NFT hype had begun. The original idea of the company even sounds a lot like NFTs (albeit without the blockchain component), where Infinite Objects sold limited-run looping video frames for prices as high as $329.

Since then, the company has also expanded to partner with Giphy on selling animated emojis and Valentine’s Day cards, along with previous (not-NFT-related) NBA partnerships.