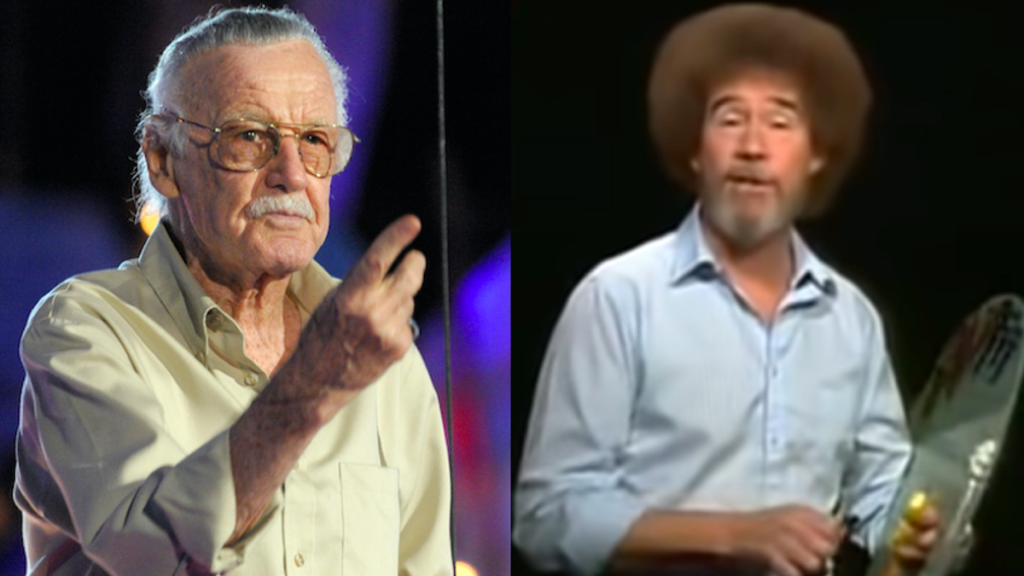 Earlier this year after the internet summarily denounced one NFT minter’s Oscar-season attempt at capitalizing on Chadwick Boseman’s death, it seemed for a brief moment that perhaps people might think better of engaging such transparently opportunistic and morally bankrupt routes. Unfortunately, that’s turned out to be anything but the case, and now that big brands are going all in on these untouchable tokens, it seems as if things are only getting worse.

Because Stan Lee, Bob Ross, and Dr. Seuss are all dead, none of them can share their opinions about having their likenesses and legacies co-opted by the three different companies that have recently announced NFT collections tied to the creators’ works. This week, NFT production houses (because that’s a thing now, apparently) Orange Comet and Dapper Labs, as well as Funko shared their plans to offer up different NFT collections they hope people will want to give up their hard-earned cash for.

Orange Comet’s Chakraverse, based on the Chakra brand Lee developed with Sharad Devarajan and Gotham Chopra, includes “6,880 unique generative art pieces based on characters from the graphic novel,” according to its website. But as a number of people have pointed out, along with randomized NFTs depicting scenes from the Chakra comic, the collection also includes multiple illustrations of Lee himself depicted as a costumed hero.

Funko, which is partnering with Droppp for its Digital Pop! packs, is offering up over 32,000 Bob Ross-inspired NFTs, as well as physical facsimiles of them to collectors who either pull especially rare NFTs, or make a point of collecting one of every kind of NFT at lower rarities. Compared to the other two sets, Dapper Labs and Dr. Seuss Enterprises’ Seussibles has far fewer NFTs of characters to collect, but the companies are already pitching the platform as being a hub primed from community growth—as well as a garden-walled economy built on users trading their uncommon Cats in the Hat for secret rare Loraxes, one imagines.

The companies behind these collections are all marketing them as fun, flashy collectibles of the future. But taken at face value, things like the Chakraverse and the Pop! pack Bobs Ross collectibles come across as the latest instances of corporations using people’s feelings about beloved, deceased public figures to shill immaterial objects that serve no real purpose. What is particularly galling about how Stan Lee and Bob Ross factor into this situation is how, before their deaths, both men found themselves trapped in the center of exploitative money-making enterprises of other people’s creation. In Ross’ case, his surviving family members have accused his Bob Ross Inc. cofounders Annette and Walt Kowalski of effectively ripping the company away from him and, following his death, using his name to sell products and continue The Joy of Painting.

Similarly, Lee’s final months were marked by his business-related scandal as well as allegations of elder abuse that were leveled against those closest to him like former manager Keya Morgan, all the while his own personal finances were being compromised. Though Lee’s literal blood might not be involved in this particular scam, by plastering Lee’s face all over its site and using his image to sell NFTs, one could make the argument that the Chakraverse is, at least morally, very much in the same vain.

Despite there still not being a real use case for what people are meant to do with NFTs other than look at them on their screens while out-of-sight server farms consume ungodly amounts of electricity to keep the things extant, companies are dead set on trying to make them happen because they’re a relatively-easy, immediate cash grab. Like most easy cash grabs, NFTs’ dubiousness becomes apparent the moment that you actually consider what they are and how they work, but right now what many of the brands pushing the digital items are banking on is consumers being too caught up in the current hype and FOMO to be able to use their common sense and critical thinking.

While that sort of business practice is ghoulish all on its own, the culture that’s popped up in NFT communities has also proven itself to be a far cry from the one of artist and creator empowerment that investors and evangelists have been insisting it actually is. The fact that so many artists have horror stories about seeing their art stolen (because all NFTs are just urls that point to images) and posted to different markets without their consent makes it seem as if shadiness is very much the rule rather than the exception when it comes to non-fungible tokens.

Wondering where our RSS feed went? You can pick the new up one here.