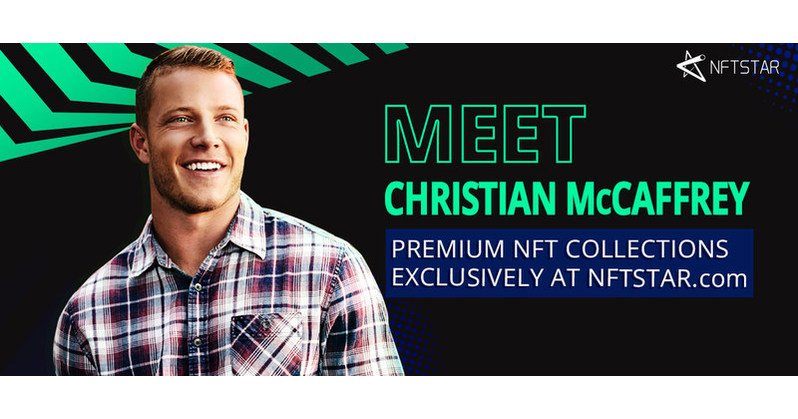 McCaffrey is one of the top players in the National Football League (NFL) and has spent his entire career with the Carolina Panthers. In the 2019 season, McCaffrey was selected for the NFL All-Star Pro Bowl by virtue of his all-round performance that season – where he collected over 2,000 combined yards in one season. In April 2020, McCaffrey renewed a four-year, multi-million dollar contract with Panthers, making him the highest paid running back in NFL history. The NFL is the largest professional football league in the world and ranks first among the four major professional sports leagues in North America.

NFTSTAR is a NFT community and trading platform for users to purchase, trade, and interact. The major transaction contents of the platform are NFT collections developed with global superstar licensed IPs. Each NFT collectible has a unique record on the blockchain, and the users will obtain the ownership of the unique NFT collectible through purchase on the platform, or through trading on NFTSTAR’s marketplace. NFTSTAR will accept general payment methods such as credit cards to make it easy for global users to participate.

McCaffrey will work with NFTSTAR’s world class creative team and artists to develop digital collections including video, animation and other digital artworks, which will creatively capture the highlights of McCaffrey’s professional career and personal growth.

The9 Limited (The9) is an Internet company listed on Nasdaq in 2004. The9 aims to become a global diversified high-tech Internet company, and is engaged in blockchain business including the operation of cryptocurrency mining and a Non-Fungible Token platform NFTSTAR.