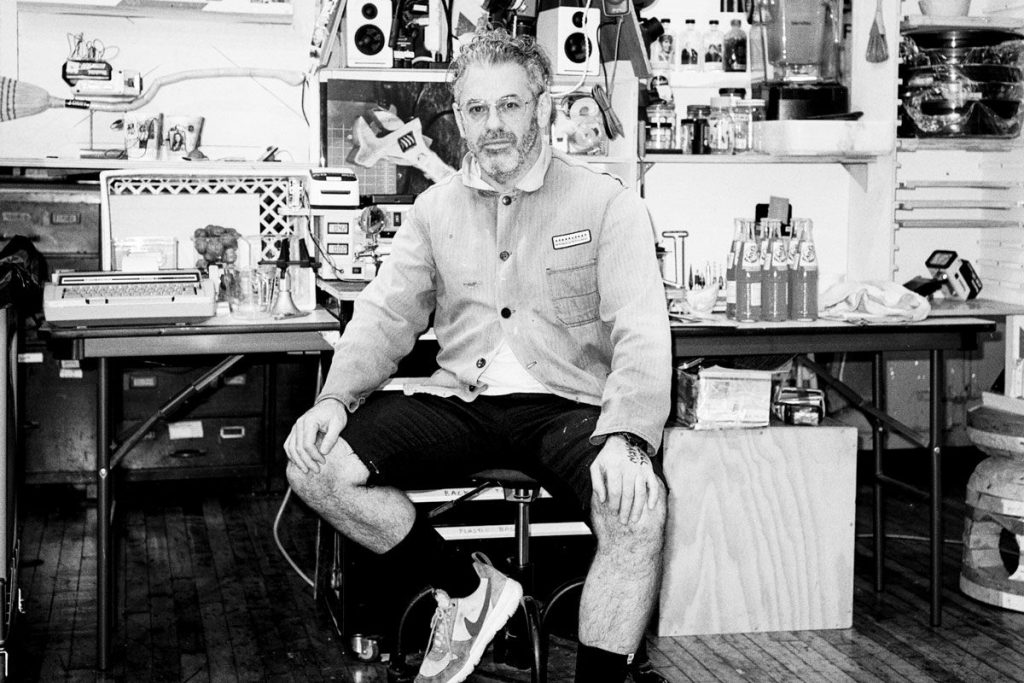 If you haven’t been keeping up with the world of NFTs, we don’t blame you. The ever-growing world of cryptocurrency and blockchains can seem overwhelming, especially when they begin to transcend the digital space.

Dubbed Rocket Factory, the initiative is described as “a trans-dimensional manufacturing plant,” which allows buyers to make their own NFTs from pre-existing NFTs.

Basically, there are 113,500+ combinations that can be created from the pieces, including a nose cone, body, and tail assembly. By purchasing one of each piece using Ethereum, you can build your own “Frankenrocket.” Out of those, 1,000 will launch.

In addition to the digital build, Tom Sachs will also build a small, physical version of the rocket. Then, he will launch it and video the launch, and the buyer will receive the full package consisting of the NFT, physical rocket, and the launch video.

To coincide with Art Basel, in Miami, Sachs is also auctioning a one-of-one Rocket NFT together with Christie’s, marking its first-ever completely on-chain auction with Opensea.

The unique Rocket is dubbed “Through the Night Softly,” and features a Miami Vice logo across each of its three parts. At the time of writing, the Rocket is fetching 15 Ethereum, which is equivalent to just below $68,400 USD. With more than 11 hours to go, we’re expecting it to double.

If you’d like to place a bid, the NFT is live on Opensea, or if you’re interested in assembling your own Tom Sachs NFT in the Rocket Factory, you can do so on the website by connecting your wallet and purchasing each of the components needed.