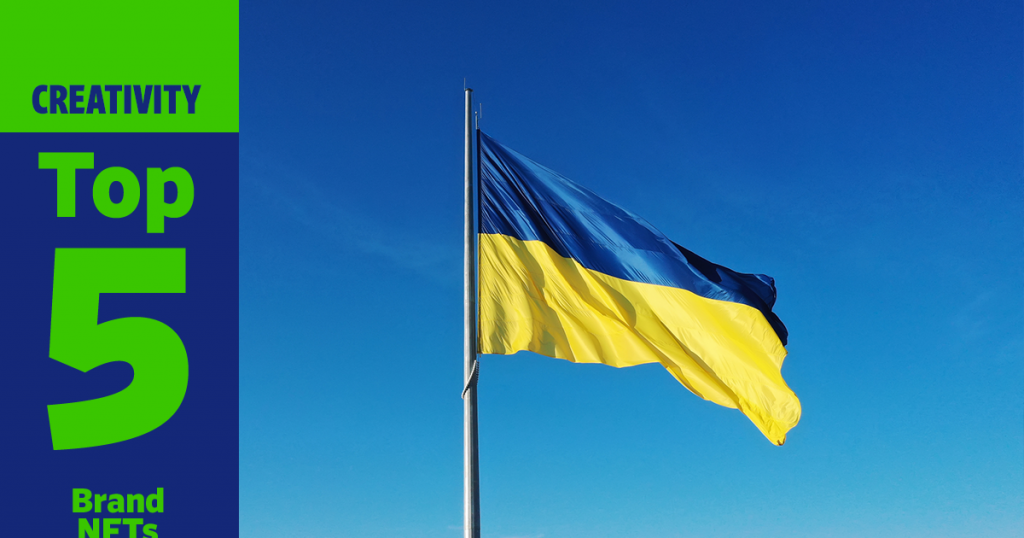 Late last month, Ukraine announced on its official Twitter account that it would accept donations via crypto as many rushed to support the country during Russia’s ongoing invasion. The announcement inspired the formation of the initiative UkraineDAO, whose founders include Russian activist and Pussy Riot member Nadya Tolokno. The group auctioned an NFT of the Ukrainian flag, with all proceeds going to benefit the country’s war efforts. Thousands participated in the auction, which raised over $6.7 million.

“We purposefully avoided adding our own art to this release; in a way it’s our strong conceptual artistic statement,” Tolokno told CNN of the choice to simply use the country’s flag rather than original art. “People can have different aesthetics, but it’s not about what color we prefer, it’s about uniting to save lives.”

Subscribe to Ad Age now for award-winning news and insight.